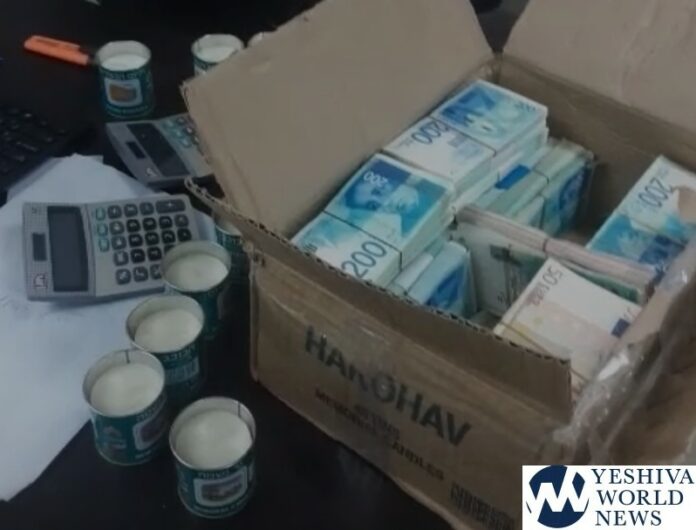 Avraham Rotman, a Satmar Chassid who runs a well-known store in the Me’ah Shearim neighborhood of Jerusalem, with a satellite store in Beit Shemesh know as Kol Zol Rotman’s, found 600,000 NIS in cash that was tucked away in between crates of Yizkor (Yartzheit) candles.

In a viral video, Avraham relates the story: “My friends, listen to this story. One of my workers, a truly righteous Jew, ordered 20 cases of Yizkor candles prior to Yom Kippur. He opened one of the cases and found the money inside it. More than half-a-million shekel.”

Avraham continued: “He asked a Rov what to do. The Rav Paskened that he could take the money for himself as the owners most likely have already given up on finding it. But the finder decided that he was going to return it in any case. He tracked down the owner, the person who lost the money…”

“The person who lost the money, a modern orthodox man, cried in a gush of emotions when the money was returned to him. He couldn’t stop praising Satmar Chassidim. He said that he heard that our group of Chassidus was an extreme sect, but here he saw something completely different with his own eyes.”