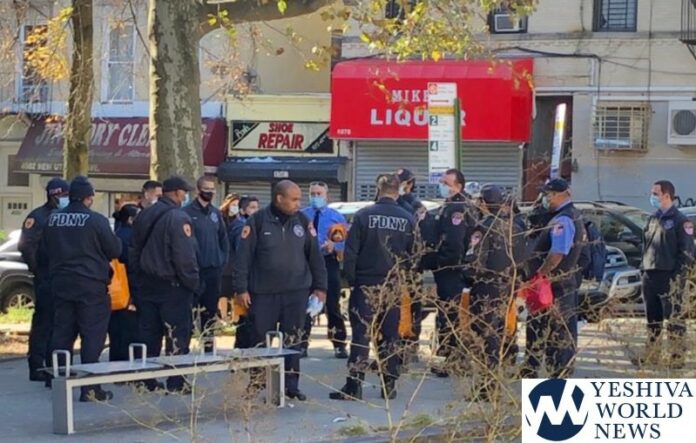 For the third day in a row, dozens of inspectors have converged in Boro Park and Flatbush to enforce the recent COVID-19 restrictions placed on local businesses by NY Governor Cuomo.

Inspectors were seen meeting in a group on Fort Hamilton Parkway near 45th Street, and another group seen on 18th Avenue and 45th Street. [SEE VIDEO BELOW]

Dozens of summonses were reportedly doled out on Monday and Tuesday. The summonses are court appearances, with a possible fine (if convicted) of a whopping $15,000.

Highly credible sources tell YWN that NY Governor Cuomo was livid on Tuesday night after watching a ABC7 news report showing hundreds of children coming out of a popular girls school in Boro Park. The Governor was furious that the community was flouting authority, and that hundreds of businesses and dozens of Yeshivas remained open despite the Executive order to close.

YWN notes that the school in the ABC7 news report may have legally been able to remain open, as the school is for young children – and daycare is legally permitted to be open.

The Jewish community is outraged and says they are being targeted with the draconian enforcement, and claims that inspectors are specifically targeting Jewish-owned businesses.