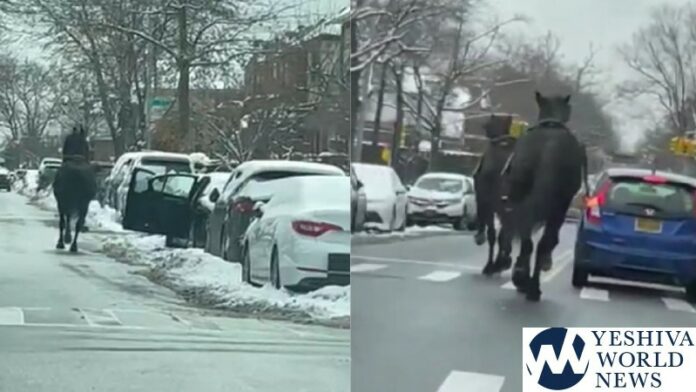 Two NYPD horses were seen running wild through the streets of Flatbush on Thursday.

It happened when an NYPD Officer had a medical issue at the corner of Quentin Road and East 8th Street.

Flatbush Hatzolah was called to the scene and was treating him, while another officer who was riding a second horse was holding both horses.

Suddenly, something spooked the horses, prompting them both to gallop away at full speed.

After a brief pursuit by NYPD, both horses were apprehended.

The officer was transported by Flatbush Hatzolah to the hospital in stable condition.