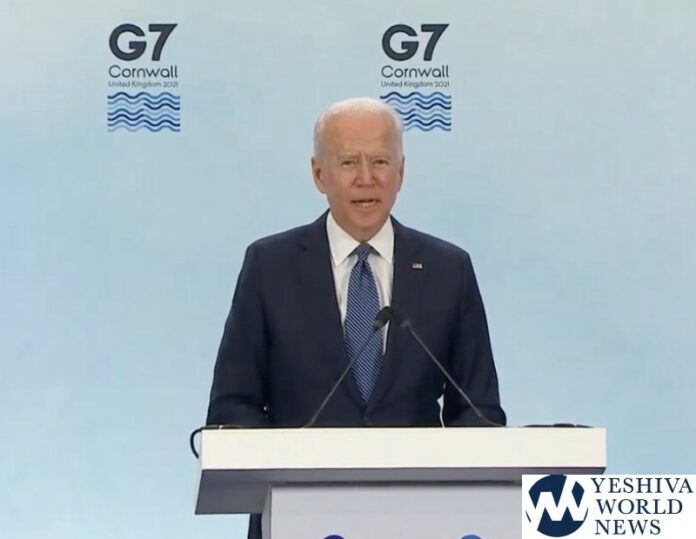 Joe Biden repeatedly confused Syria with Libya while discussing ways of working with Russia during a G-7 press conference on Sunday.

The 78-year-old gaffe machine spoke of working with Vladimir Putin to provide economic assistance to the people of Libya, prompting some confused glances from the press pack at the G7 summit in Cornwall, England.

‘I’m hopeful that we can find an accommodation where we can save the lives of people in — for example, in — in Libya,’ the president said, mentioning the north African country for the third time instead of Syria, which is in the Middle East.

The blunder came days after he called Britain’s Royal Air Force the ‘RFA’ while addressing US military personnel at RAF Mildenhall in Suffolk during his first-ever speech as President on British soil.

Mr Biden told US troops: ‘These partnerships have been hardened in the fire of war. Generations of Americans and service members fought them. Like the original Bloody Hundredth, and those RFA pilots.’