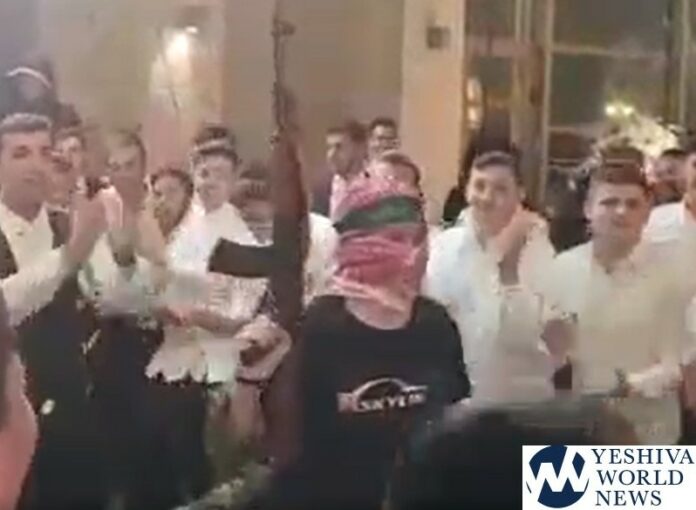 On videos that circulated throughout social media this past week, Chareidi Yeshiva students can be seen dancing at a wedding to the sounds of Arab music, while in the middle of the circle numerous Chareidi yeshiva students danced while dressed like Arabs armed brandishing rifles.

After numerous attempts to figure out exactly what was taking place, the BeChadrei Charedim news site set forth to uncover the truth behind the incident that spread widely on the internet.

According to their report, the wedding took place in the Sequoia wedding hall in the town of Ma’aleh HaHamisha, and the armed Arabs that were seen in the video were actually Chareidi yeshiva students from the yeshiva in Meitzad, who put on Arab dress and brandished toy rifles that were intended to look like real ones.

The participant who spoke to BeChadrei Charedim added that the dance was planned in advance, and the students had been practicing for it for a number of days, all in honor to bring joy to the Chosson and Kallah.