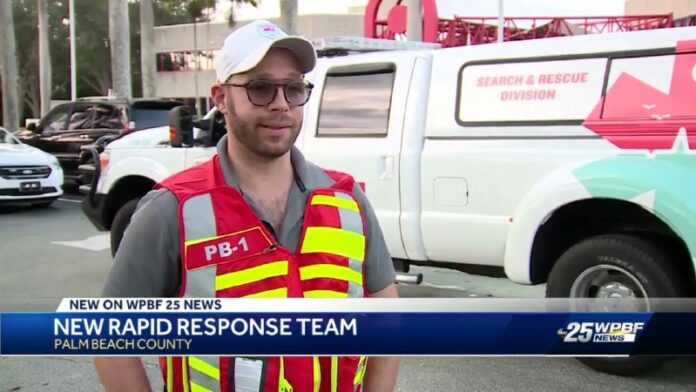 While in most cases, if a new Hatzalah organization wanted to open in a city, that does not have an active Hatzalah already operating in it, it would be celebrated by all. Allegedly, this is not the case in Palm Beach. Far from it.

YWN has thoroughly investigated and was shocked to find out that despite allegedly being rejected by the local Boca Raton Rabbonim as well as by Chevra Hatzolah, which holds the trademark license, granting the rights to use the name Hatzolah (in all forms of spelling) in the U.S., Palm Beach went ahead and announced to the public via WhatsApp that they are “live” anyways. A shocking breach of basic respect for the local Vaad Harabbonim of Boca Raton who were blindsided by the announcement.

Further review of the “license agreement” with Palm Beach County, states clearly they have “Special Secondary Service” in THREE housing developments, none of which are in Boca or anywhere near the Boca communities they claim to serve. In several news interviews, the president of “Hatzalah Palm Beach” claims to “bridge the gap” until an Ambulance arrives on scene. In an emergency situation, the caller would first need to call 911 and then Hatzalah. No Hatzalah ambulance would be dispatched because this group is not authorized to transport patients and has no license for ambulances.

According to Chevra Hatzolah, first and foremost to begin the process of opening a new Hatzalah chapter, local rabbinic support is necessary, which they allegedly have not received. Second, is the approval and licensing agreement granted by “Central” Chevra Hatzolah, which they did not obtain.

Chevra Harzalah leadership together with its senior Posek, Harav Dovid Cohen Shlita met with the Vaad Harabbonim of Boca and expressed their grave concerns about this new group, to which the Rabbonim agreed on the need to shut it down. The leadership of “Hatzalah” Palm Beach allegedly ignored the Rabbonim as well.

The public must know that multiple efforts were tried to find an amicable solution. All were rebuffed by the Palm Beach group. Hatzoloh leadership in consultation and direction of Gedolei Hador and the guidance of its Rabbincal Leadership of Chevra Hatzolah (Vaad Harabanim), were advised to do whatever is needed, to protect the trademarked name of Hatzolah including proceeding with legal action. 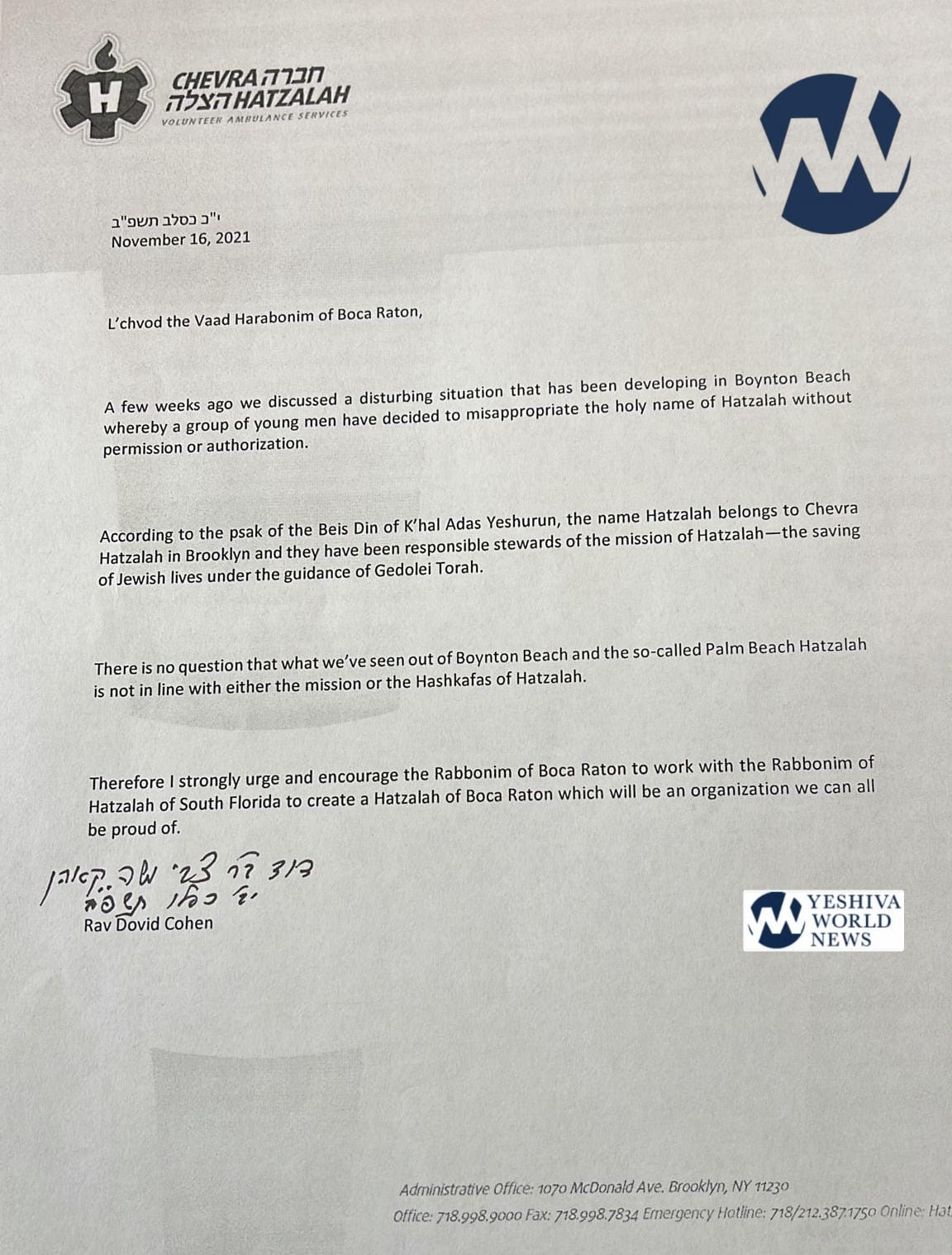 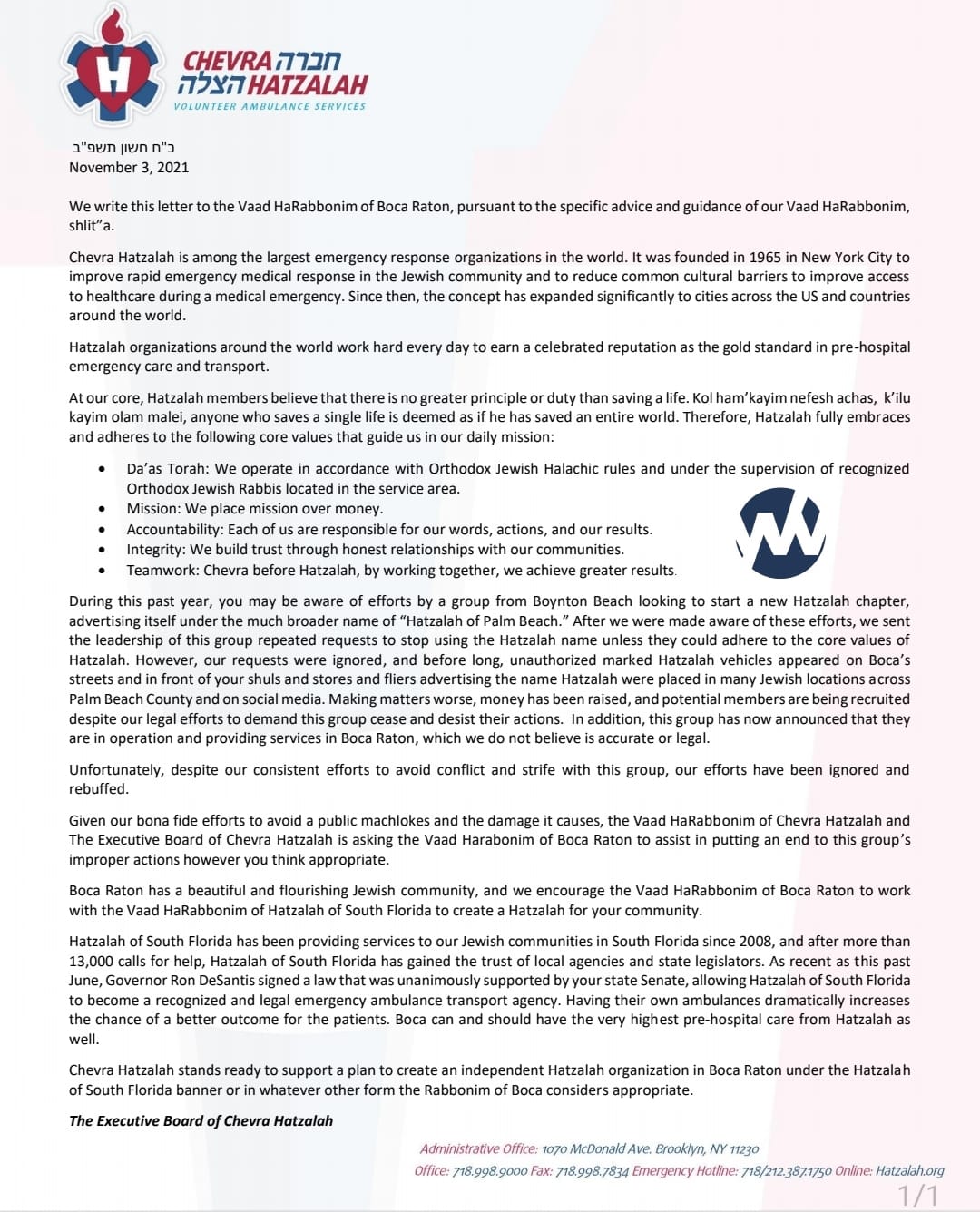 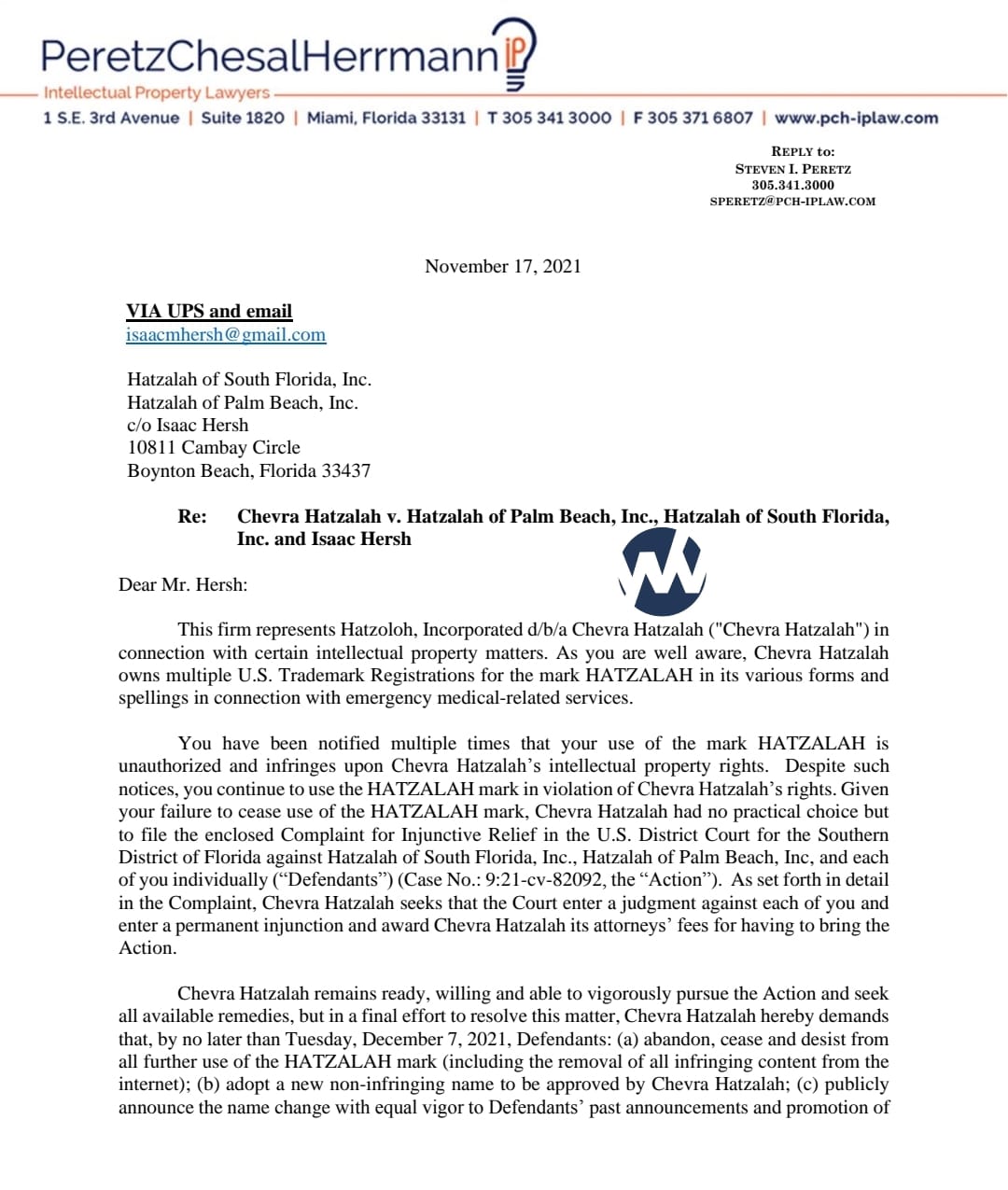 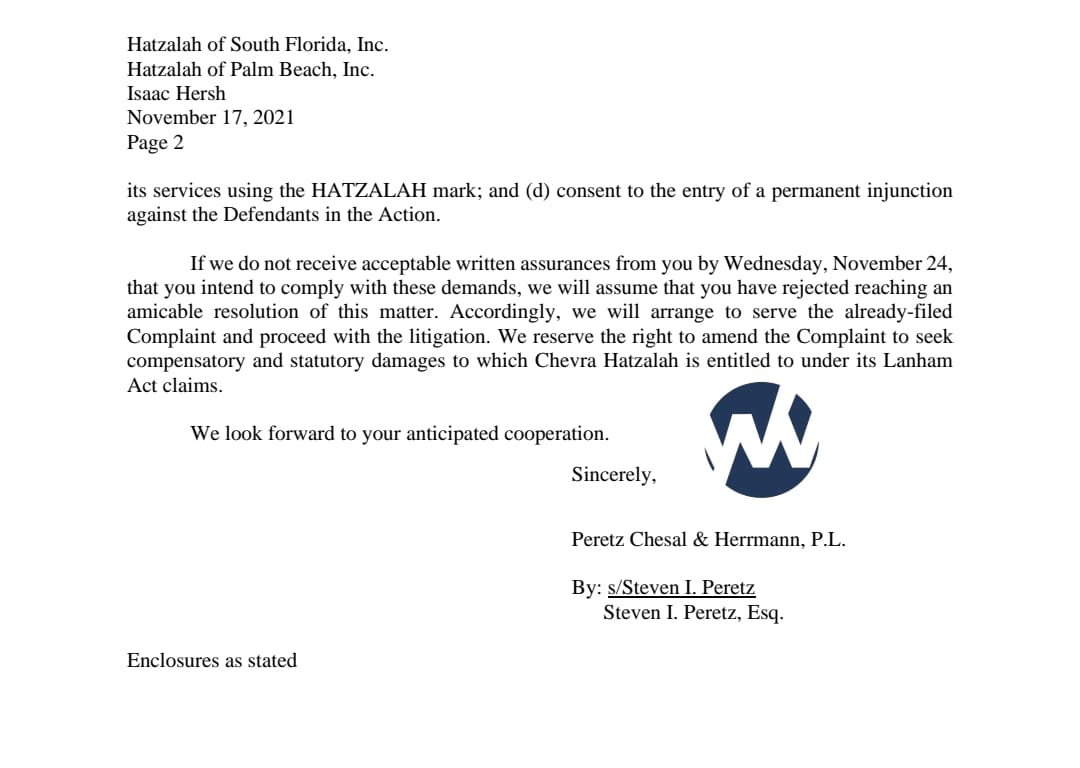 CLICK HERE TO READ THE COMPLAINT FOR INJUNCTIVE RELIEF

To conclude, today’s WhatsApp world cannot and should not be the vehicle to create a new Hatzalah organization without the basic underpinning and leadership of a Vaad Harabbonim’s approval and guidance. Chevra Hatzalah in NY, the largest volunteer ambulance organization in the world, has such Torah luminaries as Rav Dovid Cohen, the Bobover Dayan, Rav Elya Brudney, Rav Reuven Feinstein, the Bobover Dayan, Rav Avrohom Meshulem Polatsek and other senior poskim guiding the organizations Vaad Harabbonim today. This isn’t a new phenomenon. The late Gadol Hador Rav Moshe Feinstein Z’TL himself once led this very same Vaad as did his son the posek hador, Rav Dovid Feinstein Z’TL for over 30 years. It is expected and understood that the very basics of Hatzalah leadership requires the organizations leaders to answer to Daas Torah. This is a must and not an inconvenient afterthought. Every single Hatzalah entity in America including NYC, Lakewood, Rockland, Baltimore, Kiryas Yoel, Chicago, Texas, and the state licensed and fully operational Hatzalah of South Florida, adhere to this foundational principle of Daas Torah guidance. Those that ignore or those that go against Daas Torah cannot be entrusted to represent the Palm Beach County Jewish community or call themselves “Hatzalah”.