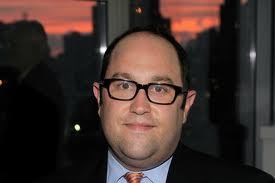 Stu Loeser, Mayor Bloomberg’s Press Secretary spoke to YWN on Thursday evening, and had the following message regarding the hurricane:

“Right now, we’re encouraging people with family who are shut-ins in low-lying areas like the Rockaways, Coney Island and Manhattan Beach, and the eastern edge of Staten Island to bring them to higher land on Friday. But there’s a possibility that on Saturday morning, the hurricane’s track may require mandatory evacuations of these areas before Shabbos is over. If you have family or friends in a low-lying area, it might not be the worst idea to invite them to you for Shabbos.”

He also reiterated what the Mayor said at the Thursday evening press conference:

“As regards to the general public, we will make a decision about whether to order a mandatory evacuation of Zone A low-lying areas by 8:00 AM Saturday, the day after tomorrow. However, we recommend that people start going to alternative locations if they have them because of potential traffic jams and mass transit limitations on Saturday that Jay Walder is going to discuss in a couple of minutes. So if you live in one of these communities and have a relative or friend you can stay with in a safer, less vulnerable areas, you should think about arranging to stay there until the storm passes.”