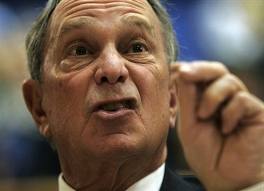 The compost fire at the former Fresh Kills landfill site on Staten Island is out, but health concerns about the blaze remain.

Many Staten Island residents are worried they have been breathing in toxic smoke from the blaze and now councilmen James Oddo and Vincent Ignizio have asked city agencies to release data from the air monitoring stations downwind of the landfill.

“There was a funky, brownish, yellow color that had everybody a little bit unnerved and immediately, you wonder why that color, does it mean anything,” Oddo told WCBS 880′s Marla Diamond. “We have the air monitoring systems here. Let’s crunch the numbers and ensure the public that everything is safe.”

The fire broke out Monday in large piles of wood mulch and jumped across the West Shore Expressway. It took more than 200 firefighters to get the blaze under control.

Mayor Michael Bloomberg took a helicopter tour of the fire scene Tuesday and said there is no health danger.

“There’s no health issues here, you have fires all the time, smoke goes off into the air,” Bloomberg said. “The fire department was here quickly, they have it under control, they never thought there was any great danger to anybody.”

Bloomberg said the fire shouldn’t pose a health risk because what burned was mostly old Christmas trees and trees that were knocked down by Tropical Storm Irene.

On Monday, city officials issued a warning to residents living nearby to “limit time outdoors and keep windows closed until the smoke disappears,” according to the city’s website.

It said “exposure to smoke can cause temporary eye, nose, and throat irritations.”

The fire is expected to smolder for a few more days.