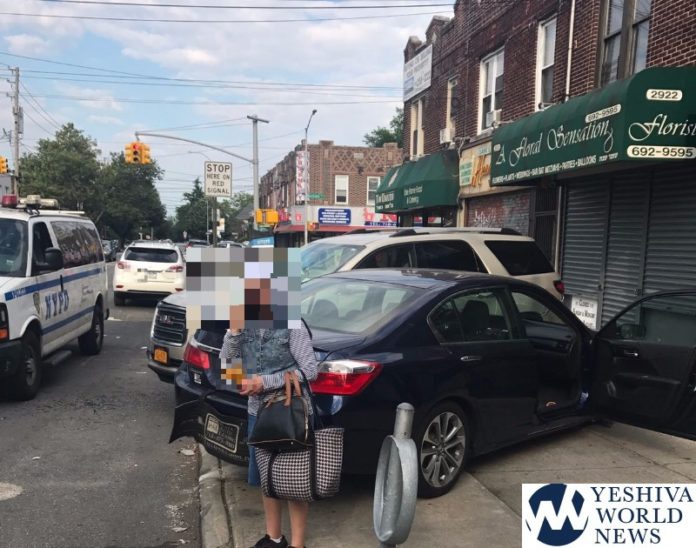 A drunk driver was arrested in Flatbush on Tuesday, after he slammed into parked cars and almost ended up inside a storefront.

As you can see in the attached video – courtesy of Arista Security – the vehicle is heading west on Avenue M between Nostrand Avenue and East 29 Street. He places his vehicle into reverse, and attempts to park his vehicle. He turns the wheel the wrong way, and ends up slamming into two parked cars, nearly ending up inside a store front.

Miraculously, no one was walking on the sidewalk at the time.

Police took the man into custody for DWI.