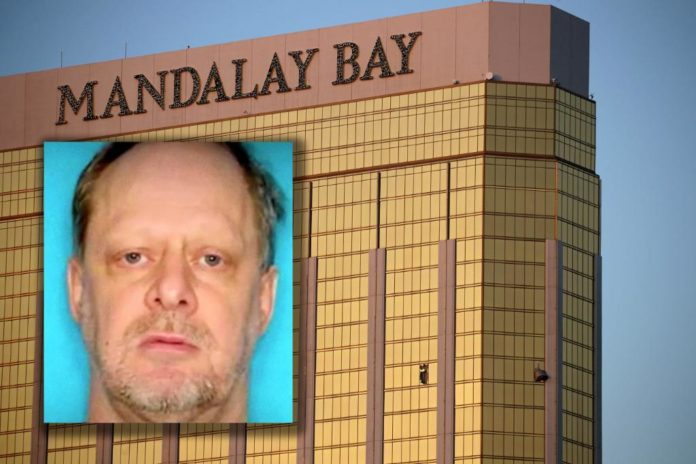 Charges could be filed in connection with the deadliest mass shooting in modern U.S. history, even though the gunman responsible for killing 58 people is dead, a lawyer for Las Vegas police told a judge Tuesday.

Attorney Nicholas Crosby did not identify new evidence or suspects but said charges might be possible depending on the results of an ongoing investigation.

Sheriff Joe Lombardo and the FBI have said they believe Stephen Paddock acted alone to carry out the Oct. 1 shooting that also injured hundreds before killing himself.

“Without naming names, there are potential charges against others as a result of the ongoing investigation?” Clark County District Court Judge Elissa Cadish asked Crosby as he argued to keep police search-warrant records sealed.

“Yes,” said Crosby, who represents the Las Vegas Metropolitan Police Department, which Lombardo leads. “There are charges being investigated.”

The attorney declined outside court to say whom he referred to.

Officer Laura Meltzer, a Las Vegas police spokeswoman, said the department is “investigating possible criminal charges related to items discovered during the service of search warrants.” She did not name a suspect and said she could not specify the type of charges or what was found without compromising the investigation.

Federal court documents made public Friday showed that as of Oct. 6, the FBI considered Paddock’s girlfriend, Marilou Danley, “the most likely person who aided or abetted Stephen Paddock.”

Danley, who was in the Philippines during the shooting, was questioned by the FBI after returning to the U.S. Lombardo and Aaron Rouse, FBI agent in charge in Las Vegas, said in October that Danley was not a suspect.

An FBI spokeswoman said last week that she could not comment about Danley. Her lawyer, Matthew Lombard in Los Angeles, did not immediately respond to telephone and email messages Tuesday.

The judge Tuesday didn’t order the Vegas police records released as requested by a lawyer for media organizations, including The Associated Press. Cadish said she might review the documents privately before making them public.

Media companies want the judge to release affidavits showing what police told state judges to obtain search warrants immediately after identifying Paddock as the man who opened fire from a 32nd-floor suite of a casino-hotel into a country music festival crowd below.

Officials have not said and records released so far don’t show what motivated the 64-year-old high-stakes gambler to kill.

“Paddock planned the attack meticulously and took many methodical steps to avoid detection of his plot and to thwart the eventual law enforcement investigation that would follow” the shooting, one federal document said.

A U.S. judge on Friday unsealed more than 300 pages of FBI warrant records justifying searches of Paddock’s properties in Reno and Mesquite, Nevada, along with vehicles and multiple email, Facebook and other internet accounts belonging to Paddock and Danley.

Danley told investigators that they would find her fingerprints on bullets used during the attack because she would sometimes help Paddock load high-volume ammunition magazines, according to the FBI records.

Other records showed that Danley received a wire transfer of money from Paddock while she was in the Philippines and that Danley deleted her Facebook account in the hours immediately after the shooting.

September 25, 2020 2:11 pm
7
LAKEWOOD NJ: COVID-19 cases have risen in Monmouth and Ocean counties over the last two weeks to levels not seen since New Jersey became a...

How It Happened: From Law Professor To High Court In 4...

How Trump, Biden Are Preparing For First Presidential Debate