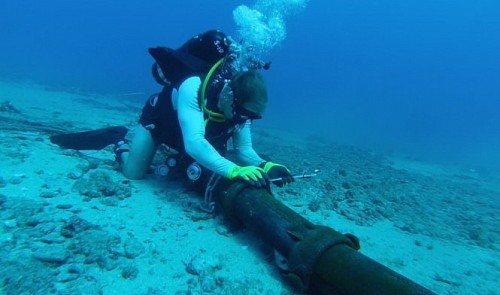 A Cypriot company says its new sub-sea internet cable that will connect Israel with Spain will be powerful enough to handle up to 60 percent of the world’s internet traffic at peak time.

Quantum Cable Chairman Nasos Ktorides said after signing on Tuesday an agreement to lay the cable that the $200 million project is expected to come online in 2020.

Ktorides said the cable will have 40 times more capacity than existing internet cables on the Mediterranean seabed. He said that’s enough capacity to handle as many as 80 million high-definition video calls between Asia and Europe simultaneously.

The 4785-mile (7,700 km) cable will reach Bilbao, Spain, where an equally powerful internet cable now connects Spain with the U.S. state of Virginia.