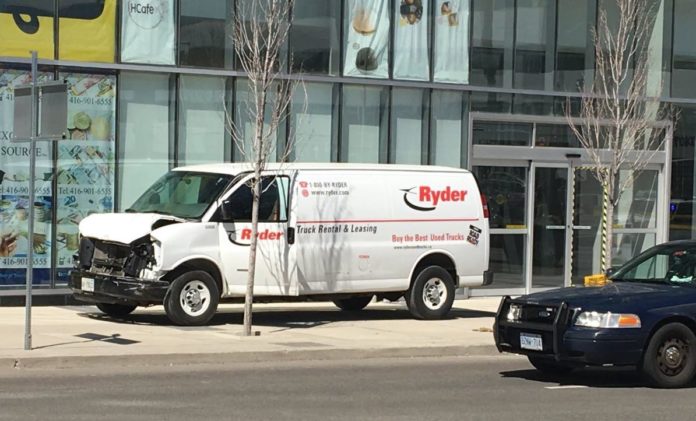 A rented van jumped onto a crowded Toronto sidewalk Monday, killing nine people and injuring 16 before the driver fled and was quickly arrested in a confrontation with police, Canadian authorities said.

Witnesses said the driver was moving fast and appeared to be acting deliberately, but police said they did not yet know the cause or any possible motive. The name of the suspect was not released.

Toronto Police Services Deputy Chief Peter Yuen released no details about the investigation as he announced the number of casualties.

Yuen said police were still interviewing witnesses and examining surveillance video of the incident as part of what he called a “complex” investigation.

“I can assure the public all our available resources have been brought in to investigate this tragic situation,” he said.

The driver was heading south on busy Yonge Street around 1:30 p.m. and the streets were crowded with people enjoying an unseasonably warm day when the van jumped onto the sidewalk.

Ali Shaker, who was driving near the van at the time, told Canadian broadcast outlet CP24 that the driver appeared to be moving deliberately through the crowd at more than 30 mph.

“He just went on the sidewalk,” a distraught Shaker said. “He just started hitting everybody, man. He hit every single person on the sidewalk. Anybody in his way he would hit.” (Interview in video below)

Witness Peter Kang told CTV News that the driver did not seem to make any effort to stop.

Video shown on several Canadian outlets showed police arresting the driver, dressed in dark clothes, after officers surrounded him and his rental Ryder van several blocks from where the incident occurred in north Toronto. He appeared to make some sort of gesture at the police with an object in his hand just before they ordered him to lie down on the ground and took him away.

A witness, Phil Zullo, told Canadian Press that he saw police arresting a man who had been driving a Ryder rental truck and saw people “strewn all over the road” where the incident occurred.

“I must have seen about five, six people being resuscitated by bystanders and by ambulance drivers,” Zullo said. “It was awful. Brutal.”

The incident occurred as Cabinet ministers from the major industrial countries were gathered in Canada to discuss a range of international issues in the run-up to the G7 meeting near Quebec City in June.

Minister of Public Safety Ralph Goodale said that it was too soon to say whether the crash was a case of international terrorism and that the government had not raised its terrorism alert.

A senior national government official later said that authorities had not turned over the investigation to the Royal Canadian Mounted Police, a sign that investigators believed it unlikely terrorism was the motive. The official agreed to reveal that information only if not quoted by name.

Police shut down the Yonge and Finch intersection following the incident and Toronto’s transit agency said it had suspended service on the subway line running through the area.

Prime Minister Justin Trudeau expressed his sympathies for those involved. “Our hearts go out to everyone affected,” Trudeau said in Ottawa. “We are going to have more to learn and more to say in the coming hours.” 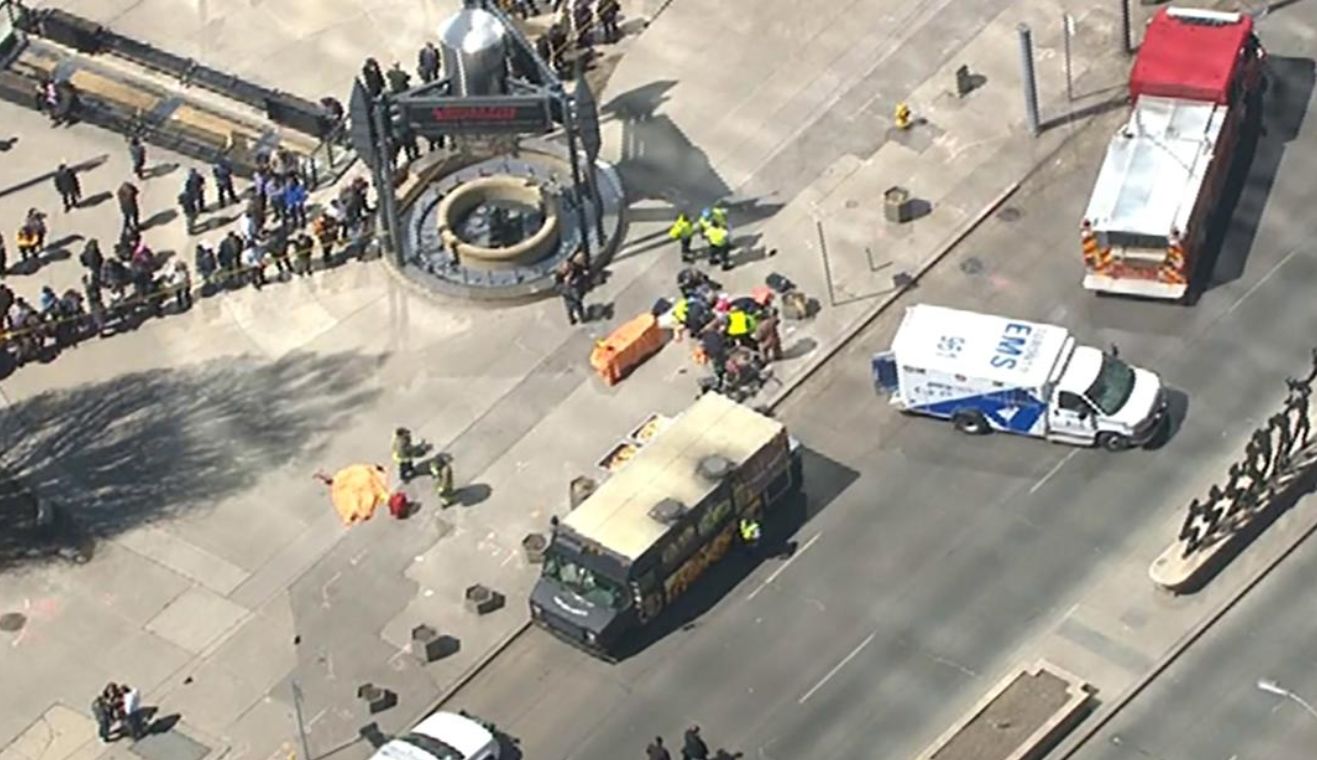 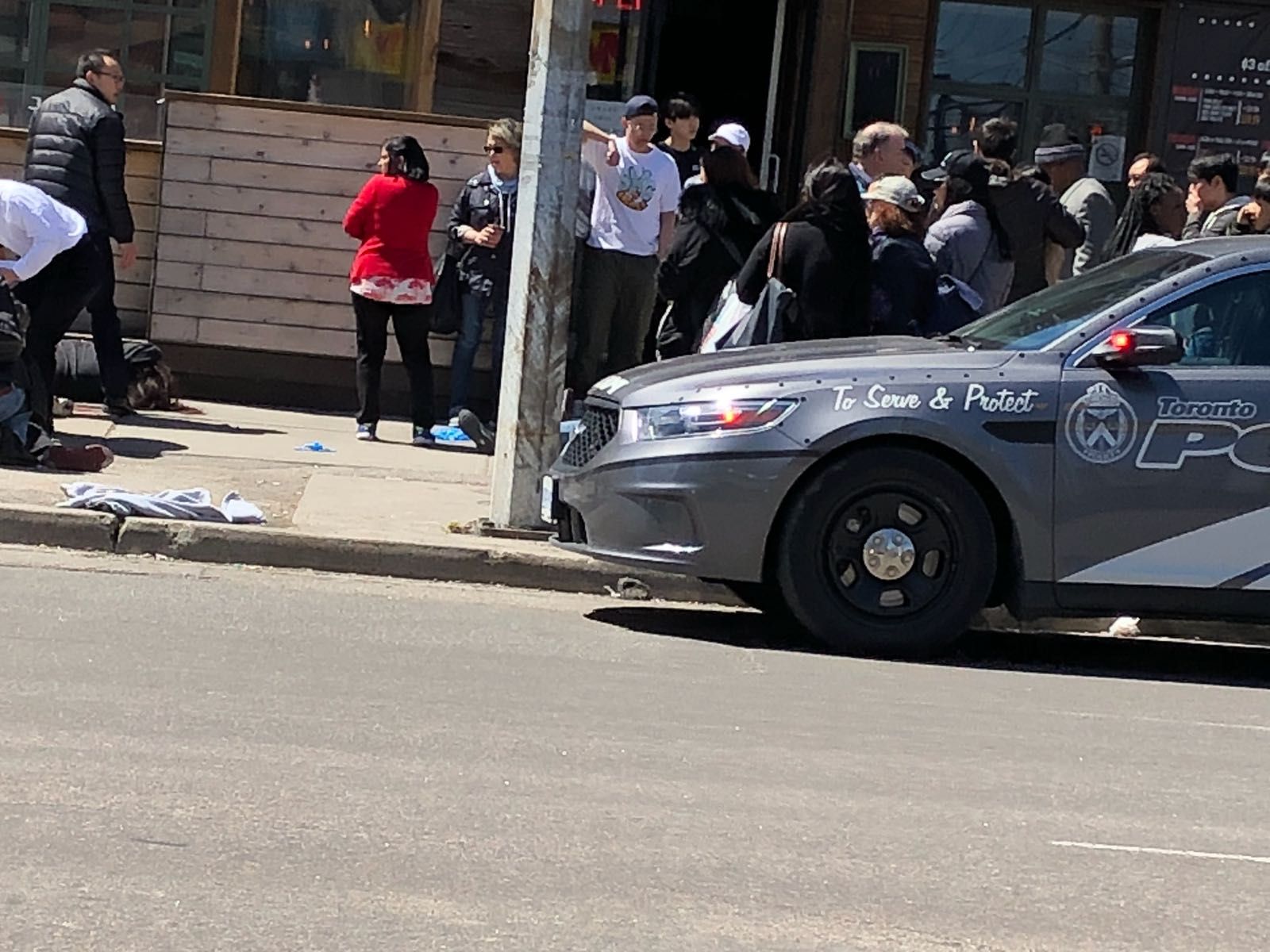 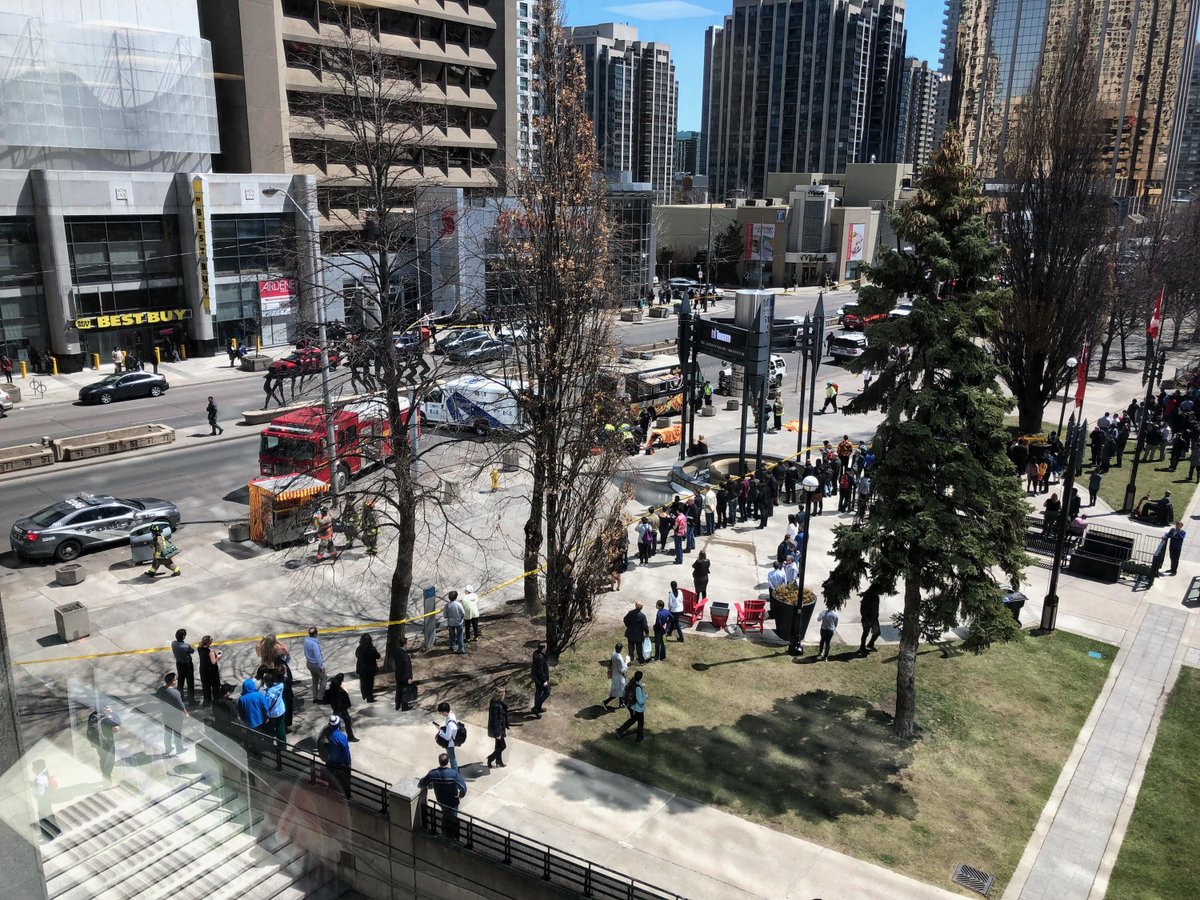 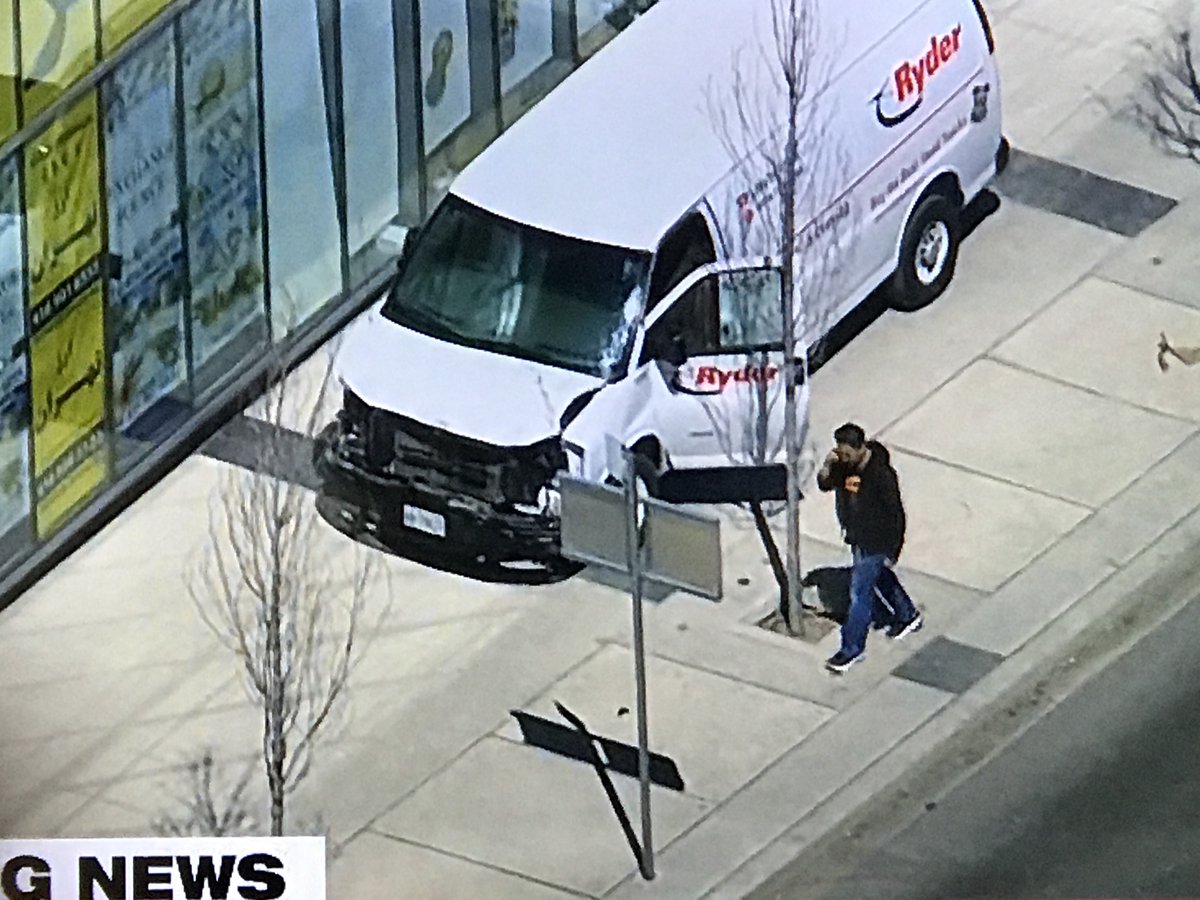 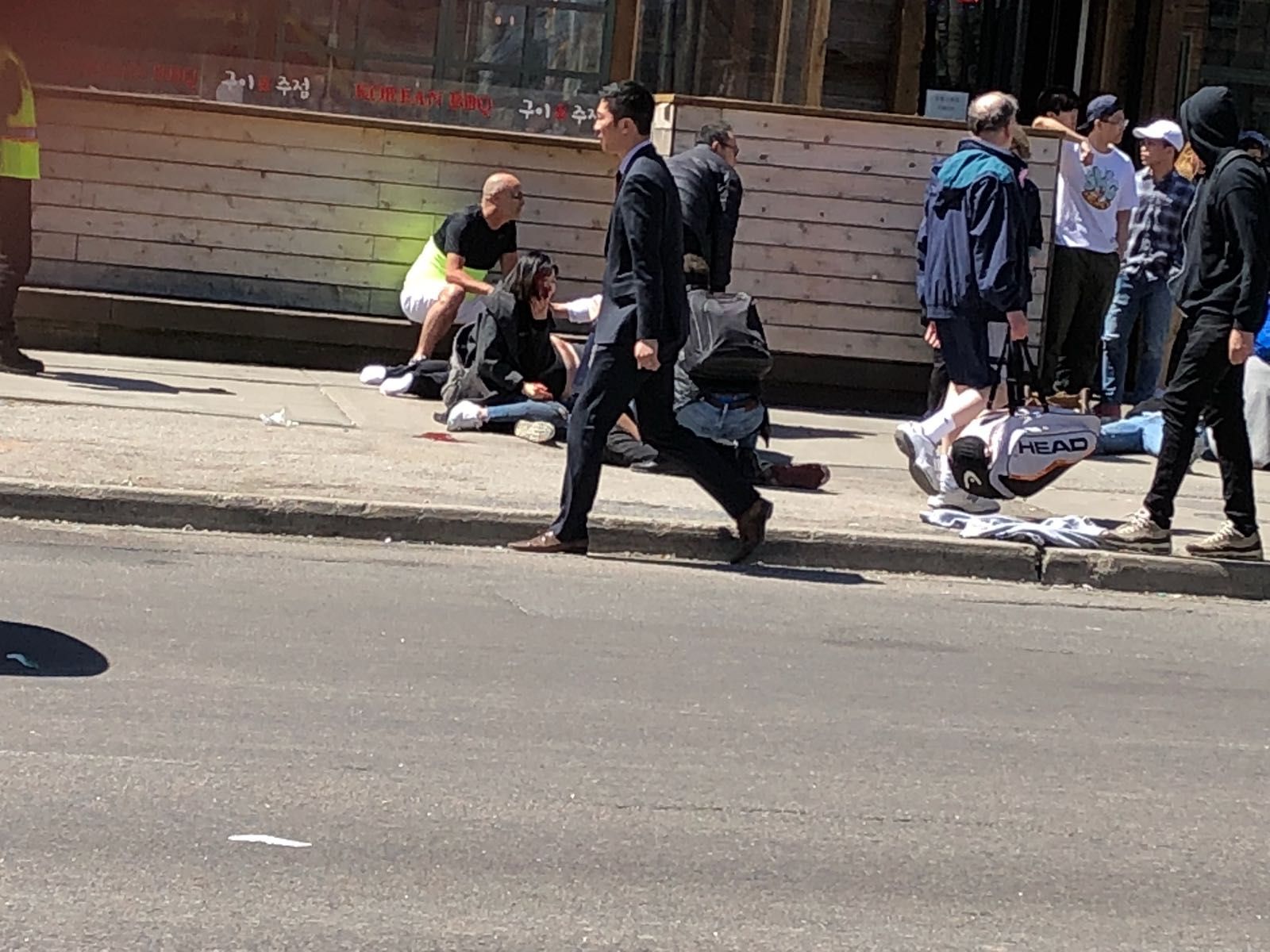