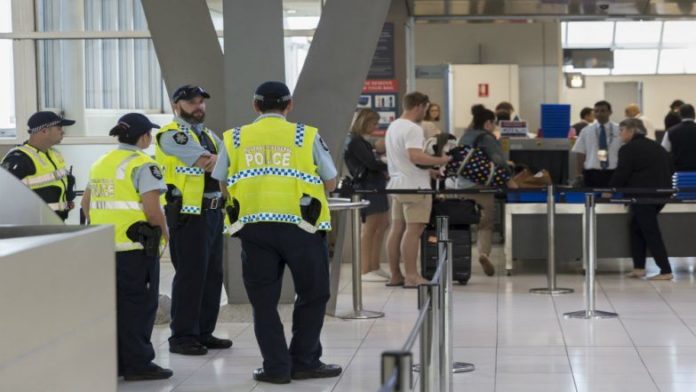 Australia’s government said Tuesday that it will upgrade airport security around the country and increase police powers in response to an alleged attempt to smuggle an improvised explosive device aboard a flight out of Sydney last year.

It follows an attempt to check in a bag allegedly containing military-grade explosives into the luggage hold of an Etihad Airways Airbus A380 double-decker jet headed to the Middle East last July in a plot authorities say was directed by the Islamic State group.

The airline rejected the bag at the check-in counter because it was overweight. The alleged plot wasn’t discovered until weeks later, but two Sydney men were eventually charged with planning a terrorist act.

Under the upgrade, body scanners and advanced X-ray equipment will be rolled out across Australian airports. Inbound air cargo and international mail will be subjected to stricter screening.

An additional 140 police trained to detect improvised explosive devices would be assigned to airports. They would be supported by police intelligence specialists.

Home Affairs Minister Peter Dutton said police would be given new powers to check people’s identities at airports and to remove from airports people suspected of “certain criminal activities.” He did not elaborate on those activities.

Police can only demand to see people’s identity documents at airports under certain conditions, a restriction that Dutton described as an absurdity.

“We’re addressing an anomaly and a deficiency in the law at the moment,” Dutton told reporters.

He said that had the July plot succeeded, the explosion would have had a multibillion-dollar impact on tourism and the number of foreign students studying at Australian universities, which is one of Australia’s most lucrative industries.

“Had that been successful, hundreds of people would’ve of course lost their lives, but it would’ve had an enormous impact on the psyche of the Australian traveling public,” he said.