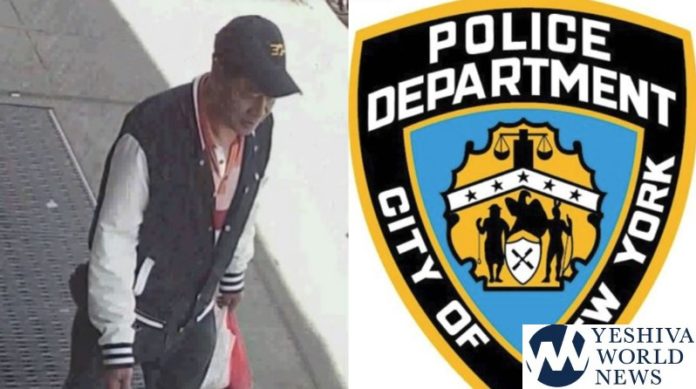 The NYPD is looking for a man wanted in at least two attempted kidnappings – one of them in Boro Park.

Cops claim the unidentified man first tried to abduct a 10-year-old boy in Borough Park on May 7, but the boy fought back. Two days later, he returned, this time in Sunset Park, trying to lure another boy away with him.

The NYPD says when the first incident occurred on Monday, May 7, 2018 at approximately 3:05PM, at the corner of Fort Hamilton Parkway and 58 Street. The 10-year-old boy was walking home from school when he was approached from behind by an unknown individual who asked him if he wanted ice cream. When the boy refused and attempted to flee, the man grabbed him by his bookbag and held him there. The boy attempted to bite the male, at which point he released the child and fled on foot, in an unknown direction. The 10-year-old boy did not sustain any injuries.

Two days later, on Wednesday, May 9, 2018 at approximately 3:00PM, the same suspect grabbed another 10-year-old boy by his arm and wouldn’t let the child go. It happened in front of 5302 7 Avenue. This boy was also walking home from school. The child tried to kick the suspect, at which time he released his grip on the child, and fled the scene on foot, in an unknown direction. The 10-year-old male did not sustain any injuries.

A photo of the individual is attached.

Anyone with information in regards to these incidents is asked to call the NYPD’s Crime Stoppers Hotline at 1-800-577-TIPS (8477) or for Spanish, 1-888-57-PISTA (74782).  The public can also submit their tips by logging onto the Crime stoppers website at WWW.NYPDCRIMESTOPPERS.COM or by texting their tips to 274637 (CRIMES) then enter TIP577.