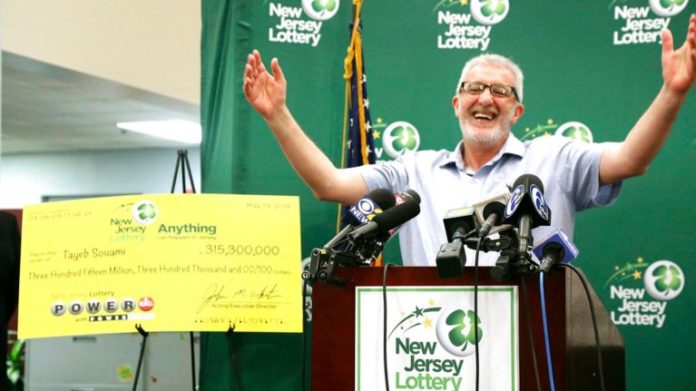 The New Jersey man who held the sole winning ticket for last month’s $315.3 million Powerball jackpot says he was so nervous after realizing he won that he had trouble driving home.

Tayeb Souami was introduced Friday during a news conference at lottery headquarters. The Little Ferry man was an accountant for a food importing company, but has since quit his job.

Originally from Africa, Souami came to the United States in 1996. The married father of four decided to take the money in a lump sum, so he’ll get slightly more than $183 million after taxes.

Souami bought the ticket for the May 19 drawing at a ShopRite grocery store in Hackensack.

This marks the second major lottery win in New Jersey this year. A Vernon man won a $533 million Mega Millions jackpot in March.