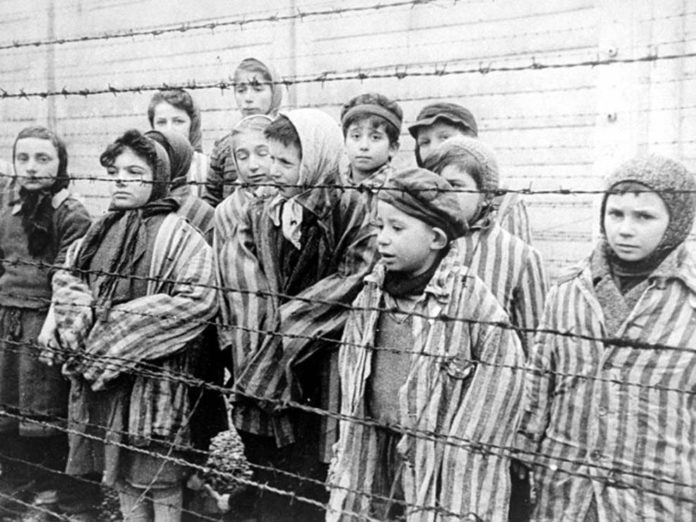 Poland suddenly backtracked Wednesday on a disputed Holocaust speech law, scrapping the threat of prison for attributing Nazi crimes to the Polish nation.

The original law, which was passed five months earlier, had supposedly been aimed at defending the country’s “good name” — but mostly had the opposite effect. There were widespread suspicions the true intent was to suppress free inquiry into a complex past, and the law was compared by some to history laws in Turkey and Russia.

The amendments, presented to lawmakers by Prime Minister Mateusz Morawiecki, were passed 388-25 in the lower house of parliament with five abstentions following an emotional but short debate. The Senate later approved them as well.

The original version of the law had called for prison terms of up to three years for falsely and intentionally accusing the Polish nation of Holocaust crimes that were committed by Nazi Germany. The ruling Law and Justice party said it needed a tool to fight back against foreign media and politicians who have sometimes used expressions like “Polish death camps” to refer to German-run camps in occupied Poland. Even former U.S. President Barack Obama once used such terminology, deeply offending Poles.

Polish authorities insisted that nobody would be punished for any statement backed up by facts and that there would be no criminal punishment for discussing individual cases of Polish wrongdoing.

But the law nonetheless sparked a major diplomatic crisis with Israel, where Holocaust survivors and politicians feared it was an attempt to whitewash the episodes of Polish violence against Jews during and after World War II. The United States warned it threatened academic freedom and that it would harm Poland’s “strategic” relationships.

Ukraine was opposed, too, because the law also threatened prison for denying atrocities committed by Ukrainian nationalists against Poles.

The strained ties with those three allies deepened Poland’s international isolation, with ties already strained with the European Union by a judicial overhaul seen as an erosion of democratic checks and balances.

Many critics argued that the Holocaust speech law would be useless against people outside of Poland and feared it was mostly meant to suppress a growing body of scholarly research about Polish violence against Jews.

The focus on the dark side of Polish history is deeply unsettling to many Poles, who fear it will come to overshadow the heroic aspects of Poland’s resistance to Nazi Germany and the massive suffering inflicted on the country. During the war, nearly 6 million Polish citizens were killed — 3 million Jews but almost as many Christian Poles.

Major Jewish organizations, including the World Jewish Congress, the AJC and the Wiesenthal Center, all welcomed Wednesday’s surprise developments, saying they create a new opening for Poland to mend ties with the United States and Israel.

But Poland’s government will now have to face the anger of nationalist voters, who saw the original law as an attempt to defend the national honor. Many feel that the nation’s dignity has been debased by the focus on Polish anti-Semitism.

One nationalist lawmaker, Robert Winnicki, described the changes as caving in to Jewish interests. He even tried to block the podium in the lower house in protest, but the vote went ahead anyway.

Morawiecki, the prime minister, tried to put a positive spin on the whole affair, arguing that the legislation had still been a success because it had created greater global awareness of Poland’s wartime tragedy and sacrifices.

“Our basic goal was to fight for the truth, for Poland’s good name, to present what reality looked like, the realities of World War II, and we achieve this goal,” Morawiecki said.

He was forced to defend the move in Senate against criticism that Poland was caving in to foreign demands. He insisted that “nobody is writing our laws for us. This is a sovereign decision.”

The legislation keeps in place fines for the same offenses, and Morawiecki suggested that Poland will use the law against any offending foreign media. It wasn’t clear how that would work in practice.

The dispute with Israel had sparked a wave of anti-Semitic rhetoric in Poland, even by authorities and media commentators, as well as anti-Polish hate speech elsewhere.

The law was never put into practice because the president had sent it to the Constitutional Tribunal for review, expressing some doubts about it. Now the president will have to sign off on the new changes, something he is expected to do.