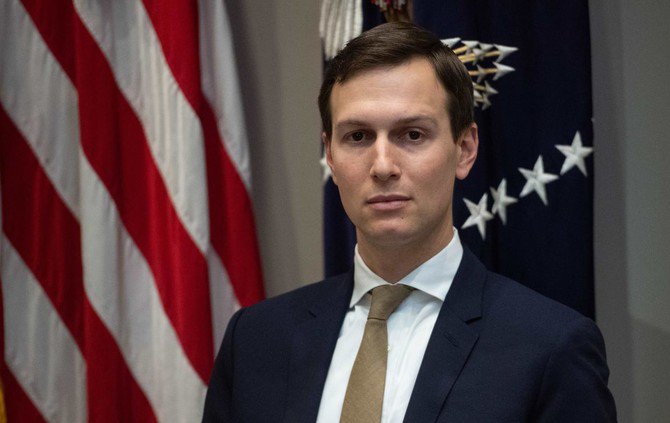 The Kushner family real estate firm has amassed over a half-million dollars in unpaid fines for various New York City sanitation and building violations, with much of that bill incurred while President Donald Trump’s son-in-law and adviser Jared Kushner was running the company.

City figures compiled for The Associated Press by a tenant watchdog group show that most of the fines – $350,000 – stretched over the past five years. And just last month the company was fined $210,000 for filing false construction documents.

The hundreds of violations in dozens of its buildings ranged from the seemingly minor — “loose rubbish” — to the serious, such as not getting permits for electrical work or failing to notify authorities of work that could disturb asbestos. Most of the fines were for a few hundred dollars apiece. But in many cases the company failed to show up for required court hearings, triggering additional penalty fines atop interest payments that allowed the bill to grow.

“This is a company that will cut corners at any cost, even if it comes at the expense of its residents and the rule of law,” said Aaron Carr, executive director of Housing Rights Initiative, which compiled the data.

The Kushner Cos. said the tally is misleading because many of the fines are actually the fault of tenants illegally renting their apartments through Airbnb, and businesses in its buildings not cleaning up properly. It said the fines for illegal renting alone total $110,000.

“Every significant property owner in New York gets fined at some point for something and a snapshot at any point in time does not tell the whole story,” the Kushner Cos. said in a statement. It added that it has made good on hundreds of other fines totaling nearly $600,000 over the same five years.

The city’s $210,000 penalty against the Kushner Cos. last month came after an AP report in March that the company filed dozens of applications for construction permits claiming it had no low-paying, rent-stabilized tenants when, in fact, it had hundreds. Those false filings allowed the company to avoid tougher city oversight to keep landlords from harassing tenants to get them to move out so they can raise rents.

The Kushner Cos. said it will fight this latest penalty in court. It doesn’t have to be paid until that fight is settled.

The data on the company’s unpaid, older bills show it was fined after not appearing at scheduled court hearings more than 450 times stretching back to early 2013, much of that for sanitation violations for dirty sidewalks and not disposing of trash properly. In these “no-show” cases, the city typically doubles or triples the amount originally fined.

Any unpaid fines within 60 days of a judgment by a court or a “no show” at a hearing is kicked to the city’s Department of Finance, which then can tap private agencies to collect the debt. A department spokeswoman did not respond to a request for comment from the AP.

Asked about the Kushner bill, New York City Comptroller Scott Stringer said, “No landlord with outstanding violations should get away with escaping the consequences — not even if they’re related to the President.”

City data suggest the Kushner Cos. is hardly alone among major landlords with big bills for unpaid fines. Landlord Steven Croman racked up $1 million in unpaid fines before his 2017 guilty plea for fraud, according a tenant advocacy group Cooper Square Committee.

In general, the city has had a tough time collecting from landlords, restaurant owners, stores and others. In July, unpaid fines of all types in the city reached $1.5 billion, much of that from building code and construction violations.

And those landlords and others who are fined have a powerful incentive not to pay: If a fine isn’t collected in eight years, it “expires” and doesn’t need to be paid. In the year through June 2017, $94 million in fines expired.

The Kushner Cos. figure for unpaid fines doesn’t include those by contractors hired in its buildings, but that’s a distinction that often means little to tenants.

At Kushner-owned 331-335 East 9th Street, Trident Structural Corp. was fined for several violations including one in 2013 for working without a permit. Trident still owes more than $10,000 from work at those buildings and the Kushner Cos. owes $4,000.

Sloppy work resulted in Uta Winkler’s ceiling collapsing twice, the first time sending gallons of water into her apartment and spreading mold that made her sick.

“It was like out of a fire hydrant,” said Winkler, who withheld rent payments in protest. “Nobody from the management company called me. Nothing. It was unreal.”

The Kushner Cos. said it “immediately remediated” when it found out about the water damage, but couldn’t comment any further because of litigation over Winkler’s rent.