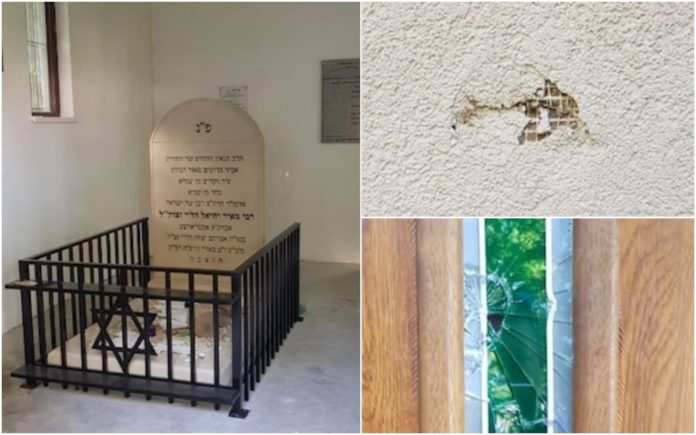 One day after man threw a rock through the window of a Shul in Gdansk on Yom Kippur, vandalism was reported at the Kever of the Ostrovtzer Rebbe in Ostrowiec, Southern Poland.

Meir Bulka, founder of the organization that oversees the cemetery, reports the Kever was damaged by drunkards. He shared the attached photos showing shattered windows and wall damaged with what looks to be a hammer. 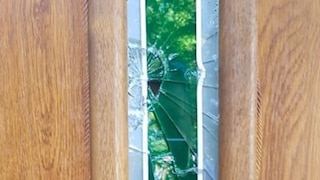 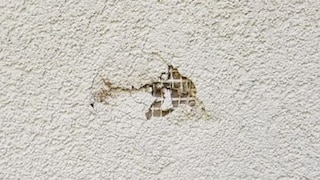 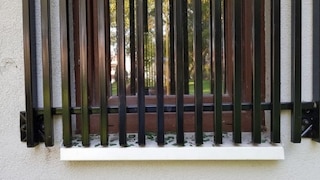 The Kever was recently rehabilitated by descendants of the Rebbe and the city’s Holocaust survivors. The Kever is located in a Jewish cemetery that has become a park where the locals walk their dogs, and often the dogs defecate on Jewish graves.

Bulka has sued the Polish government, claiming they must do more to protect the Jewish cemetery.

Meanwhile, police in the Polish city of Gdansk announced they have detained a 27-year-old man suspected of smashing Shul window on Yom Kippur earlier this week.

Security footage showed a man hurling a rock at the New Synagogue on Wednesday evening. Several people were nearby inside, including children, but nobody was hurt.

Police said they detained the man around noon Friday in the community of Trabki Wielkie, south of the city. They said he seemed surprised at being apprehended but did not resist.

His detainment came a day after the publication of security footage of the incident triggered a number of calls to police.

Police did not give the man’s name or identify a motive, and said they would hand their evidence to prosecutors.