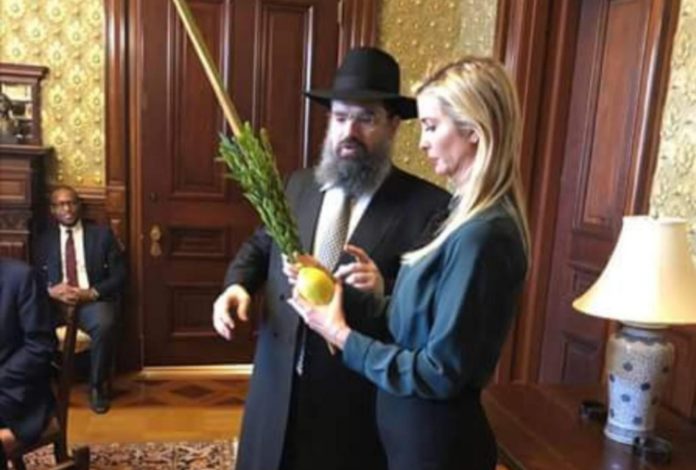 A group of about 30 White House staffers and Trump administration officials gathered in an ornate conference room in the Eisenhower Executive Office Building at the White House on Friday to mark the Jewish festival of Sukkos.

Ivanka Trump, President Donald Trump’s daughter and Senior Adviser, participated in the event, which included an overview of the significance of the festival and of the practice of blessing the Arba Minim (The Four Kinds) – including the Lulav (palm), Ethrog (citron), Hadassim (myrtles) and Aravot (willows), as prescribed in the Torah.

The First Daughter demonstrated a keen knowledge of the Jewish practice and recited the appropriate blessing before shaking the lulav and The Four Kinds, inspiring many others present to do the same.

Many presents expressed hope that next year’s event will include a Sukkah.

This event, which has by now become sort of an annual tradition, is part of the organization’s outreach to Jewish people working in the Administration, on Capitol Hill and the general community.

Similar programs and events, including multiple mobile (and stationary) sukkahs were held at the US Capitol, at TheSHUL (Chabad-Lubavitch Center, Washington) in the Young Professionals community and on the campuses of American, The George Washington, Georgetown and Gallaudet Universities. 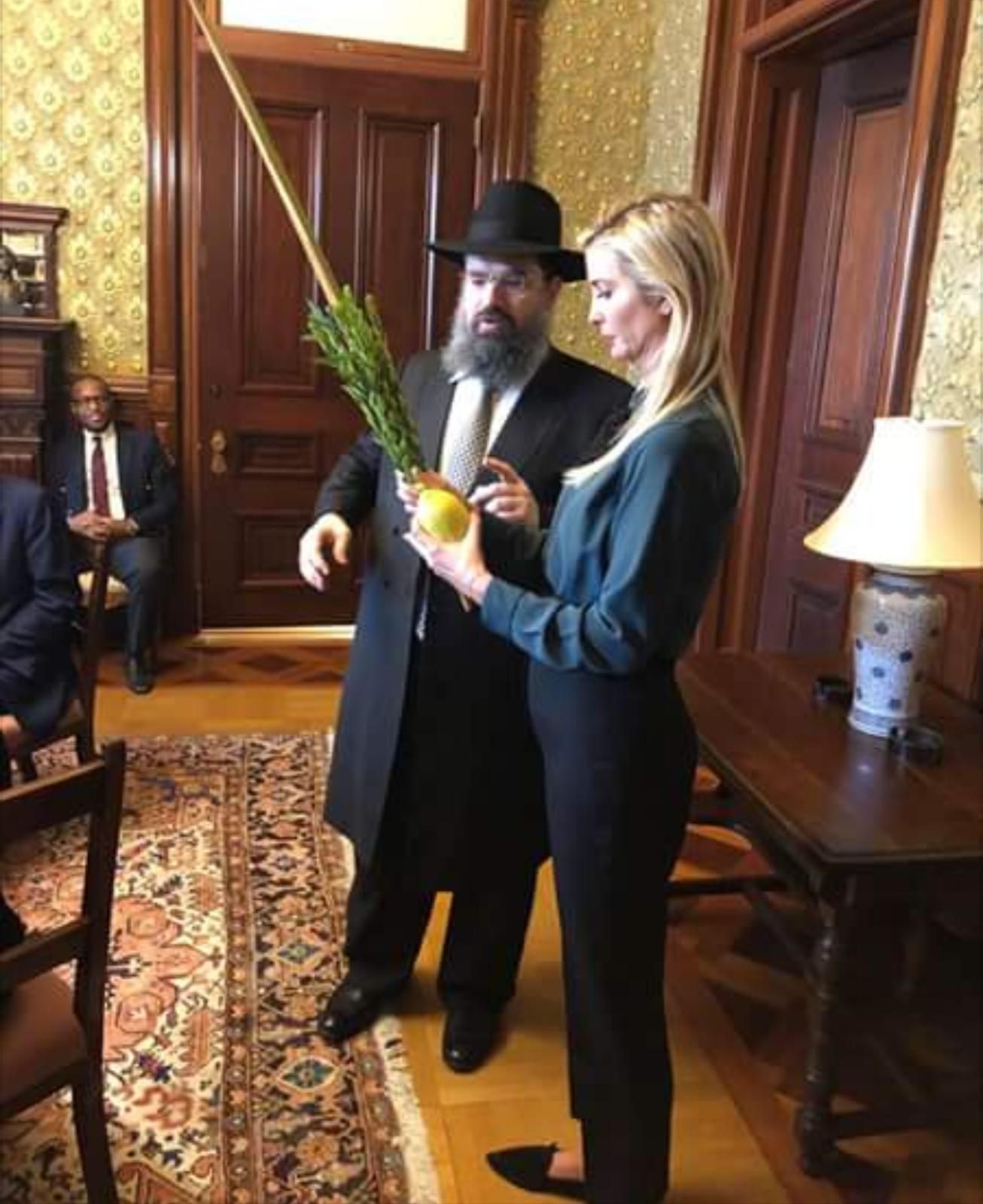 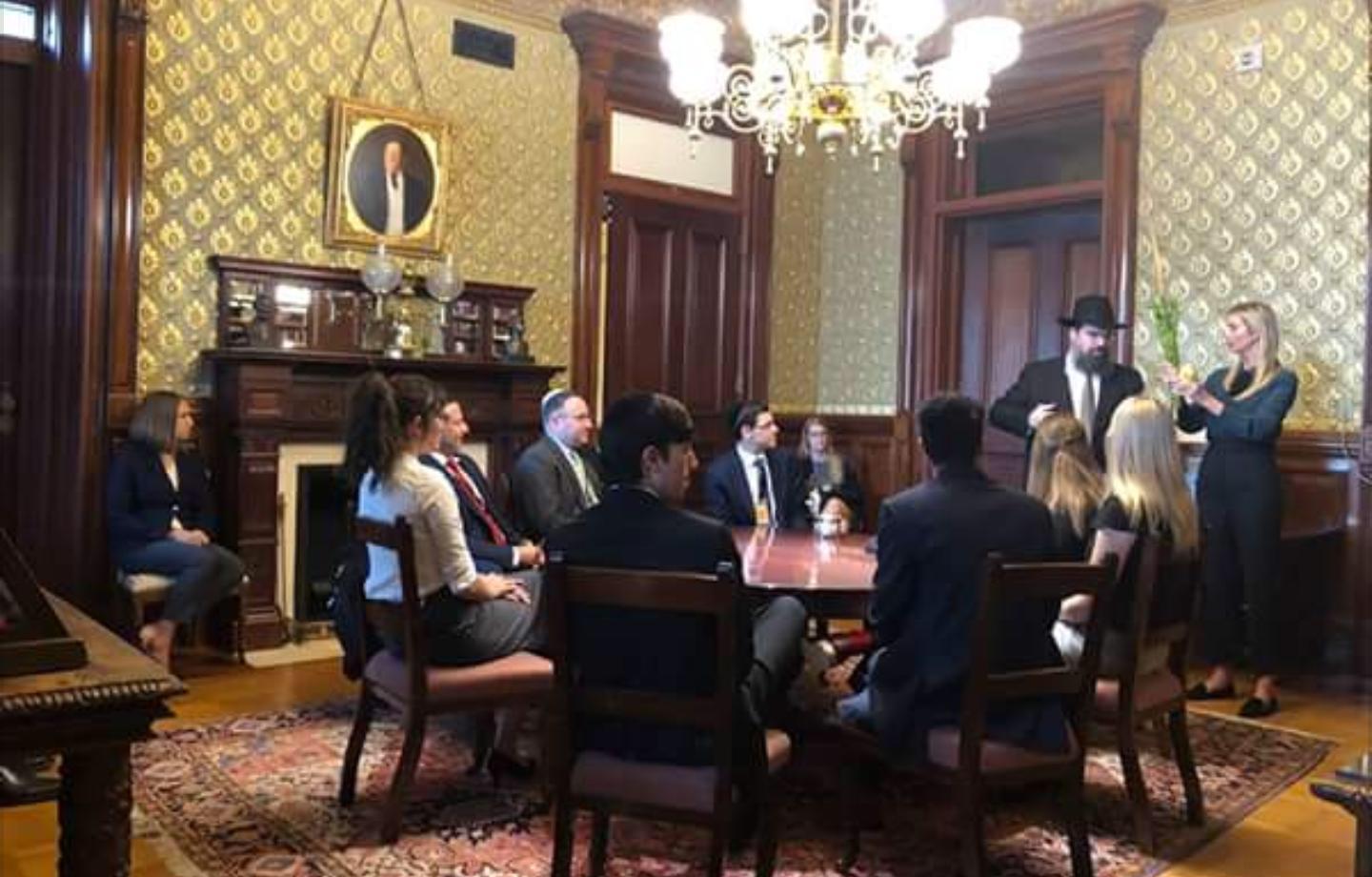 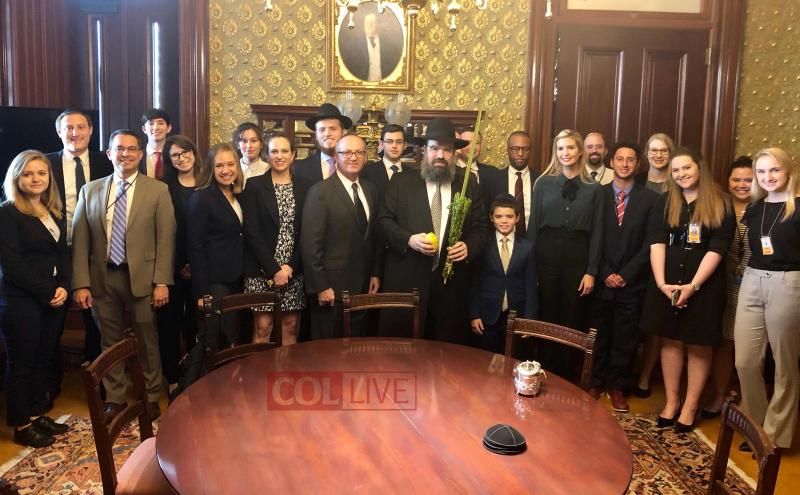 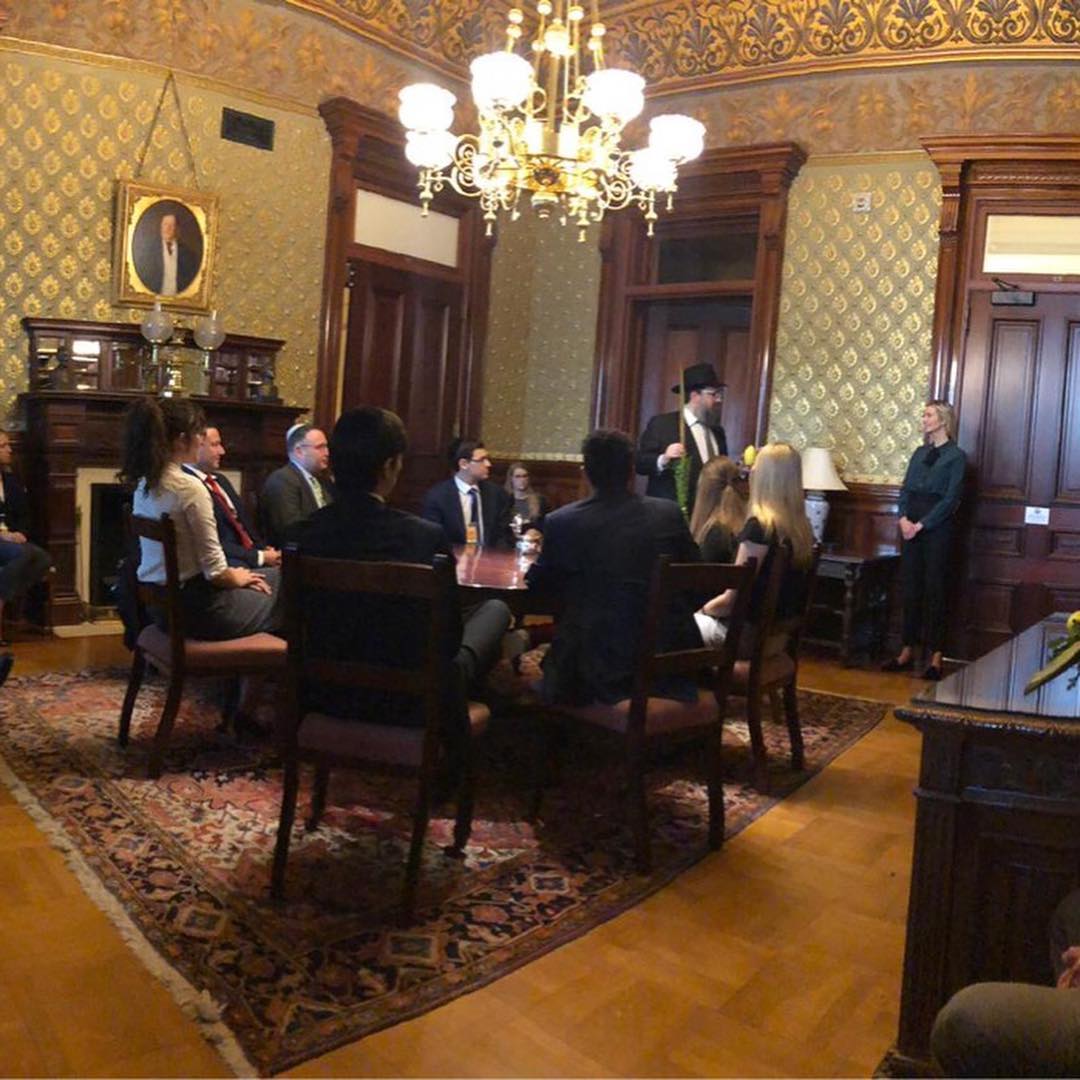 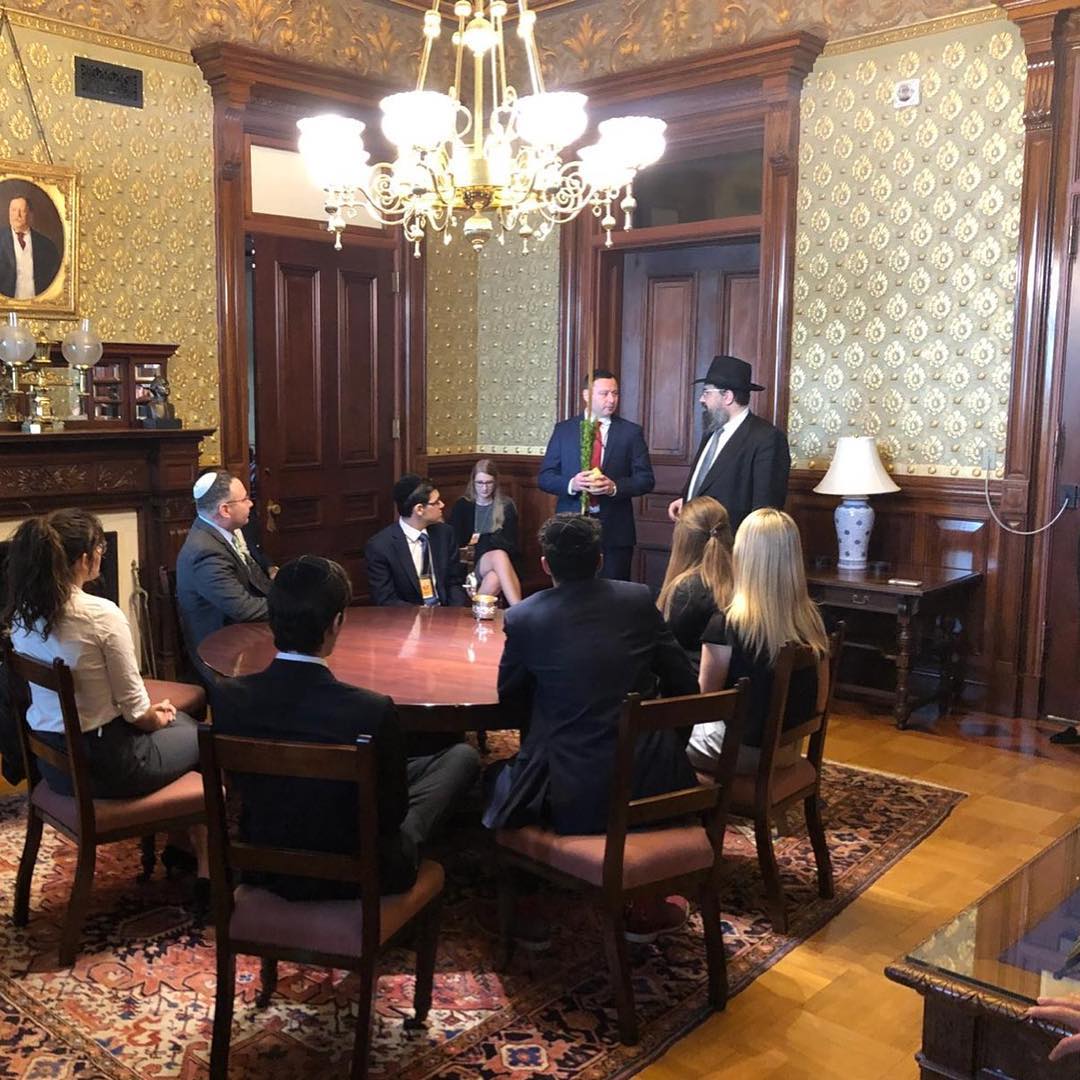 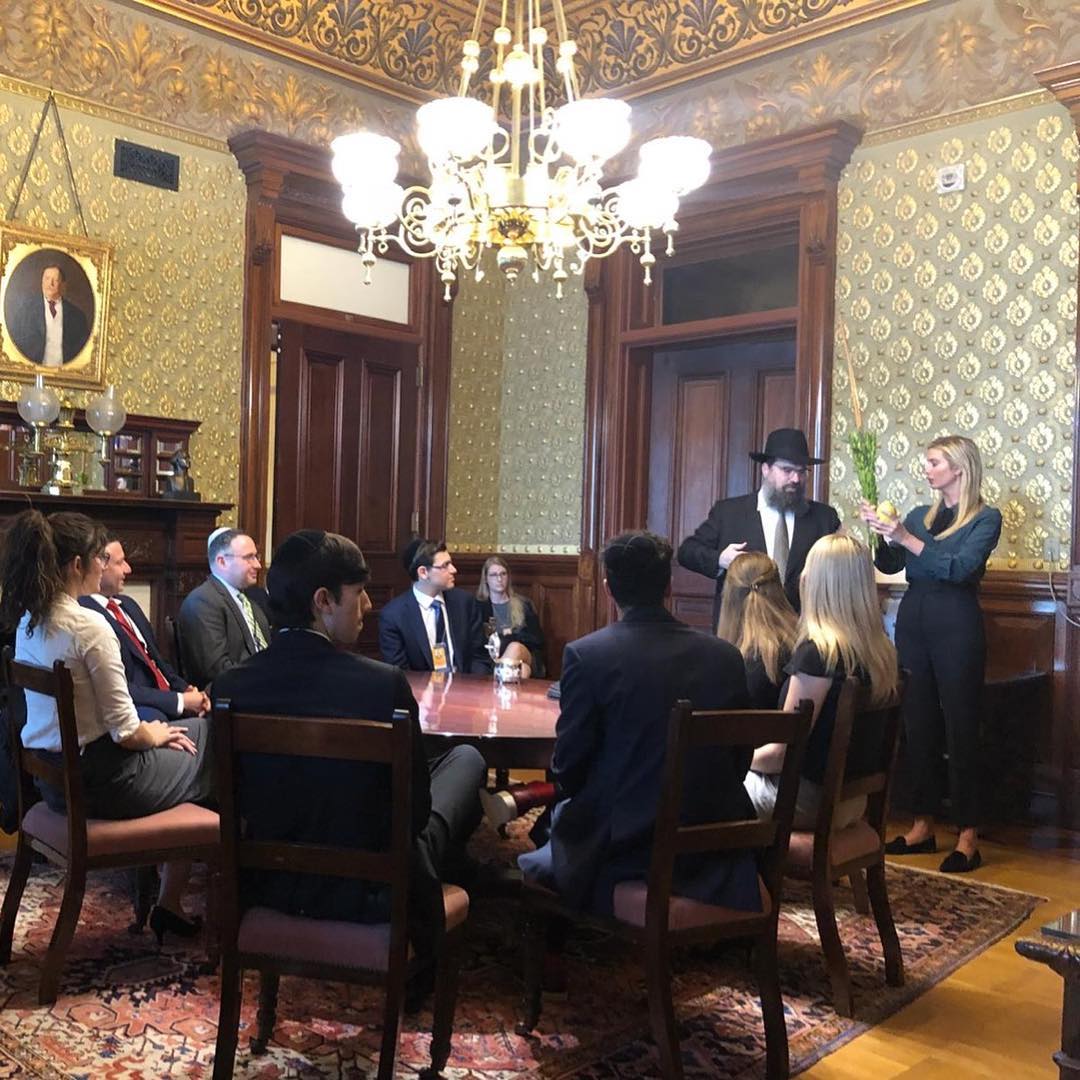 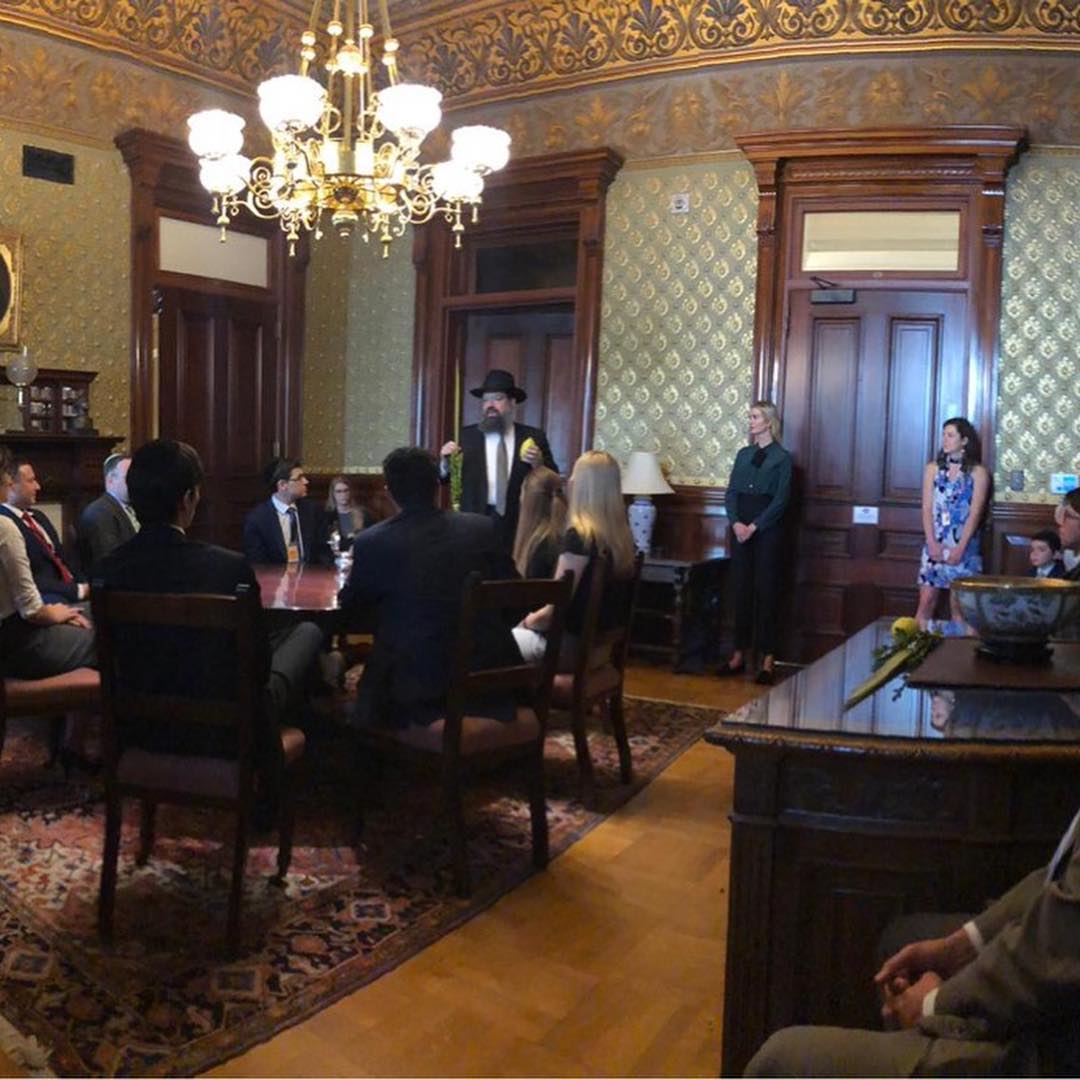 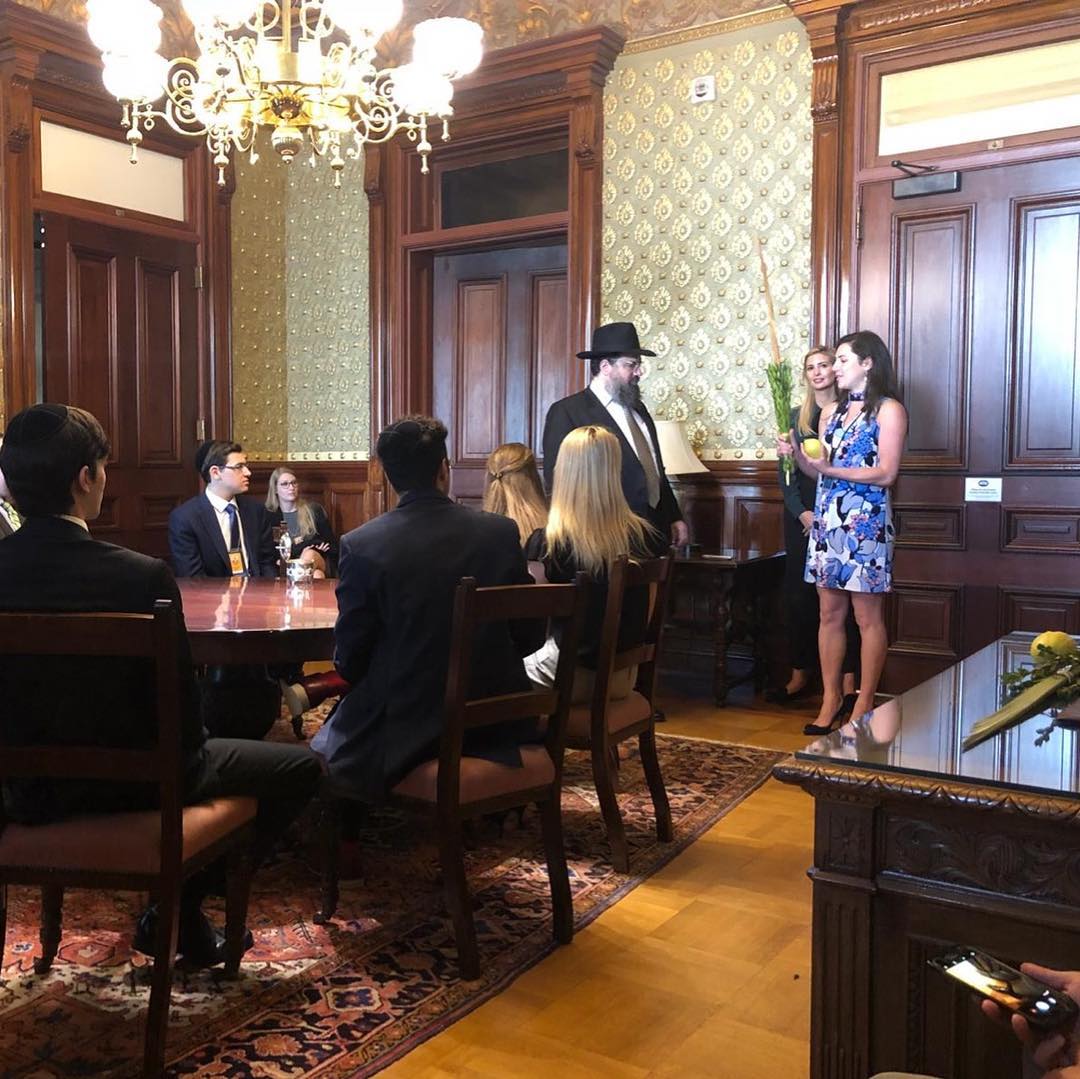