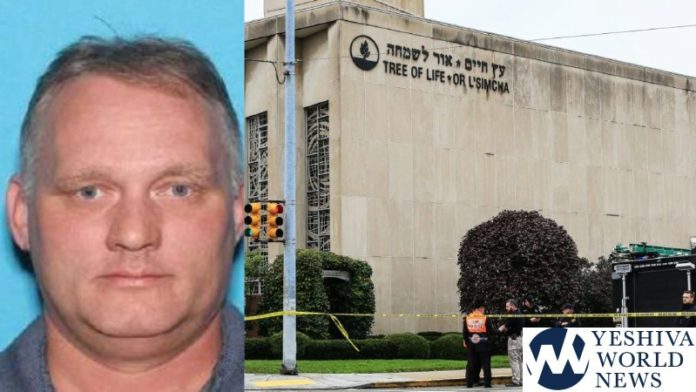 The man arrested in the mass shooting Saturday at a Pennsylvania synagogue appears to have made virulently anti-Semitic posts on a social media platform popular with far-right extremists, including one made shortly before the attack.

Police have identified the suspect as Robert Bowers, 46, of Pittsburgh. A man with the same name posted on the site Gab.com on the morning of the shooting that “HIAS likes to bring invaders in that kill our people. I can’t sit by and watch my people get slaughtered. Screw your optics, I’m going in.”

HIAS is a Maryland-based nonprofit group that helps refugees around the world find safety and freedom. The organization says it is guided by Jewish values and history. President and CEO Mark Hetfield said he wasn’t aware of the shooter’s “obsession with HIAS until this morning.”

The shooter opened fire at Pittsburgh’s Tree of Life Synagogue, killing 11 people and wounding at least six others including four police officers. Bowers was wounded in a shootout with police and was reported to be in custody Saturday at a nearby hospital.

President Donald Trump characterized the mass shooting as an anti-Semitic attack and law enforcement officials said they were investigating it as a hate crime.

Bowers has no apparent criminal record. He was registered in Allegany County, which includes Pittsburgh, as an unaffiliated voter. Heavily armed officers responded to an apartment building in Pittsburgh on Saturday afternoon that may have been associated with Bowers.

In a statement, Gab.com said it suspended the alleged gunman’s account Saturday morning shortly after his name was mentioned on police radio chatter. The company said it backed up the content of the account and notified the FBI.

Gab has become an alternative to Twitter for users whose racist and harassing online behavior got them banned from the mainstream platform. The company said it disavows acts of terrorism and violence, but sees its mission as defending “free expression and individual liberty online for all people.”

Gab founder and CEO Andrew Torba declined to answer emailed questions posed by an AP reporter. A post made on the site’s Twitter account on Saturday appeared to revel in the attention prompted by the killings, saying “We have been getting 1 million hits an hour all day.”

The Associated Press reviewed an archived version of the posts made under Bowers’ name. The screen name @onedingo, used on the Gab account, matches email addresses listed for Bowers in online databases that contain the same “onedingo” moniker.

In the description on his account, Bowers wrote “jews are the children of satan.” The cover photo featured the neo-Nazi symbol “1488.” The first two numbers refer to the white supremacist “14 Words” slogan, while “88” stands for “Heil Hitler” since “H” is the eighth letter of the alphabet. 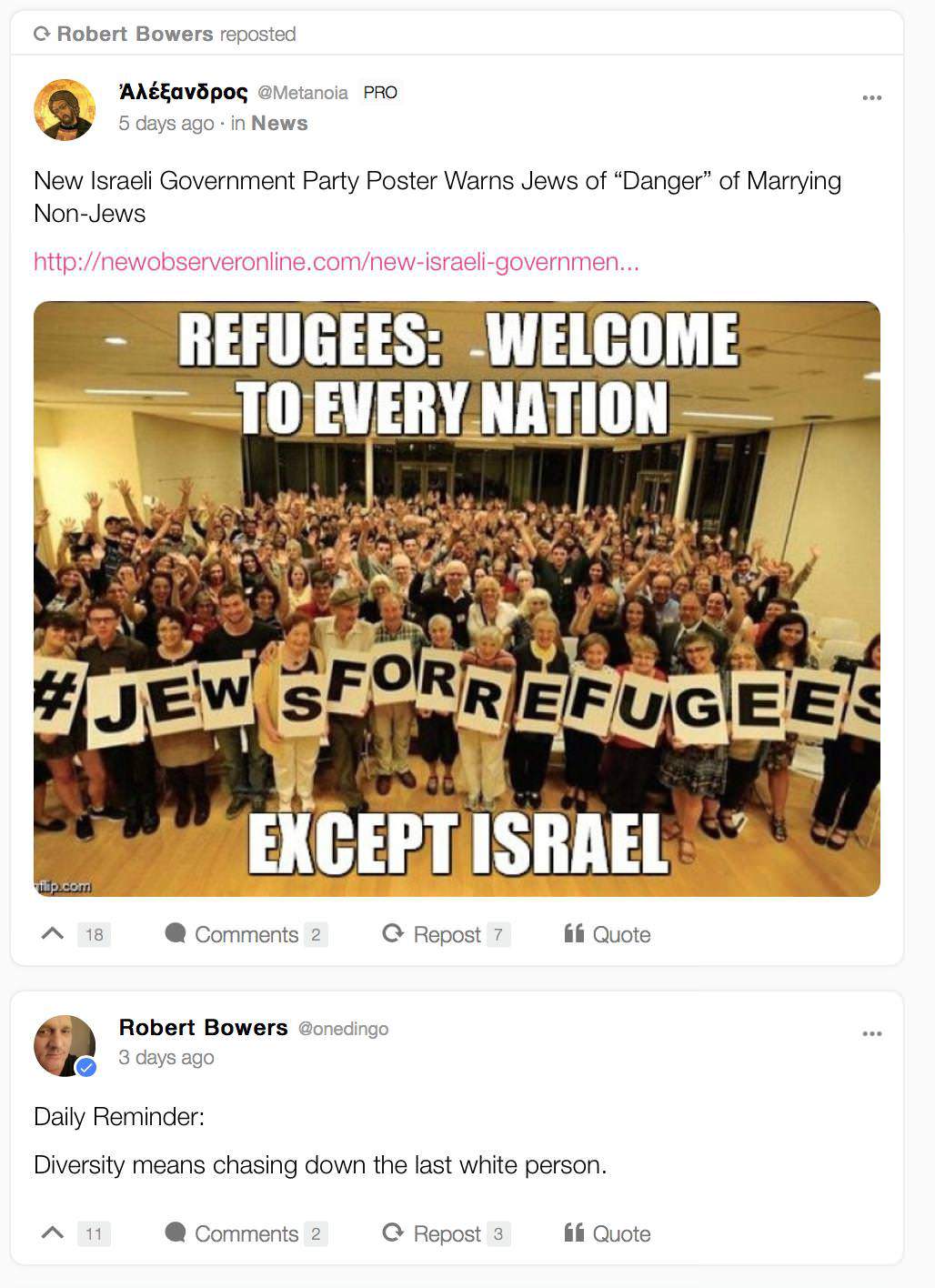 Among his recent posts, Bowers posted a photo of a fiery oven like those used in Nazi concentration camps used to cremate Jews, writing the caption “Make Ovens 1488F Again.” But in other posts he also featured memes containing false conspiracy theories suggesting the Holocaust — in which an estimated 6 million Jews perished — was a hoax.

Another post derided Trump for being “a globalist, not a nationalist” and added that “there is no #MAGA” as long as there is a Jewish “infestation,” using a slur for Jews. The same post also referenced QAnon, a pro-Trump conspiracy theory that started on the message board 4chan and has been spread by a fringe element of the president’s supporters.

Bowers also recently posted a photo of a collection of three black semi-automatic handguns he titled “my glock family,” a reference to the Austrian firearms manufacturer. He also posted photos of bullet holes in person-sized targets at a firing range, touting the “amazing trigger” on his weapon.

Public safety director said, “It’s a very horrific crime scene — one of the worst that I’ve seen, and I’ve been on some plane crashes. It’s very bad.” pic.twitter.com/KhCyIjq3sc