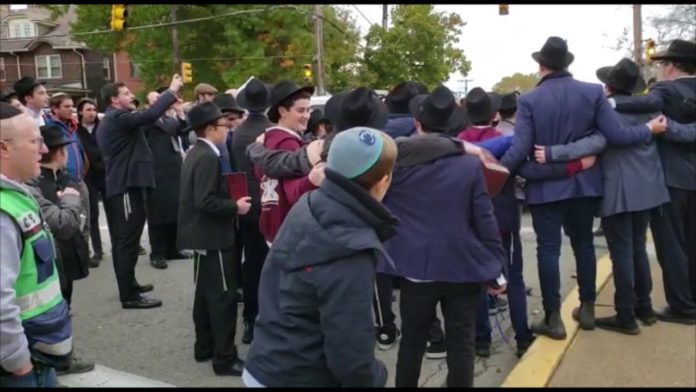 Dozens of Lubavitcher Yeshiva Bochrim, along with their Rabbeim gathered outside the Tree of Life Synagogue in Pittsburgh on Monday afternoon, where 11 Jews were murdered in a Shabbos morning shooting attack.

The group held hands as they sang the emotional “Ani Maamin” which was composed by Azriel David Fastag, as he was crammed into a cattle car heading to the Treblinka Death camp. They were also addressed by Pittsburgh Mayor Bill Peduto and first responders.

Inside the crowded cars, over the clatter of the cattle cars’ wheels, rose the sounds of people gasping, sighing, weeping and dying. One could hear the stifled cries of children crushed together. But in one such car, headed toward the infamous death camp Treblinka, the sound of singing could be heard.

It seems that an elderly Jew, wrapped up in his ragged clothing, his face white as snow, had made his way over to his neighbor on the death train, begging him to remind him the tune of Ma’areh Kohen sung by Modzitzer Rebbe during the Yom Kippur service.

“Now? Now, what you want to hear is niggunim?” answered the other, with a hard look at the Chassid, thinking that maybe all the suffering had caused him to lose his mind.

But this Modzitzer Chassid, Reb Azriel David Fastag, was no longer paying attention to his friend, or to anyone else on the train. In his mind, he was at the prayer stand next to his Rebbe on Yom Kippur, and it is he who was leading the prayer before the Rebbe and all the Chassidim.

Suddenly, there appeared before his eyes the words of Ani ma’amin.

It was not long before he began to hum a quiet tune to these words. There, amidst the death and despair on the train to Treblinka, the Chassid was transformed into a pillar of song, bringing forth out of his bloodied lungs the song of the eternity of the Jewish People. He was unaware of the silence in the cattle car, and of the hundreds of ears listening attentively in amazement. He also didn’t hear the voices as they gradually joined his song, at first quietly, but soon growing louder and louder.

The song spread from car to car. Every mouth that could still draw a breath joined in Reb Azriel Dovid’s Ani Ma’amin.

As if waking from a dream, Reb Azriel David opened his eyes to the sight of the singing train. His eyes were red from crying, his cheeks wet with tears. In a choked voice, he cried out: “I will give half of my portion in Olam Habbah (the World to Come) to whoever can take my song to the Modzitzer Rebbe!”

A hushed silence descended upon the train. Two young men appeared, promising to bring the song to the Rebbe at any cost. One of them climbed upon the other, and finding a small crack of the train’s roof broke out a hole from which to escape. Poking his head out under the open sky, he said, “I see the blue heavens above us, the stars are twinkling and the moon, with a fatherly face, is looking at me.”

“And what do you hear?” asked his companion.

“I hear,” the young man answered, “the angels on high singing Ani Ma’amin, and it’s ascending to the seven firmaments of heaven!”

Bidding farewell to their brothers and sisters on the train, the two proceeded to jump off, one after the other. One was killed instantly from the fall. The other survived, taking the memory of the song with him. He eventually found his way to Land of Israel (perhaps to the Modzitzer Rebbe’s son, the author of Imrei Aish, who was in Tel-Aviv), and the notes were sent by mail to Rebbe Shaul Yedidya Elazar in New York.

Upon receiving the notes and having the Reb Azriel Dovid’s Ani Ma’amin sung before him, the Modzitzer Rebbe said: “When they sang Ani Ma’amin on the death train, the pillars of the world were shaking. The Almighty said, ‘Whenever the Jews will sing Ani Ma’amin, I will remember the six million victims and have mercy on the rest of My People.'”

It is told that on the first Yom Kippur that the Modzitzer Rebbe sang the Ani Ma’amin, there were thousands of Jews in the shul. The entire congregation burst into tears, which fell like water into the pool of tears and blood of the Jewish people. The tune soon spread throughout world Jewry. 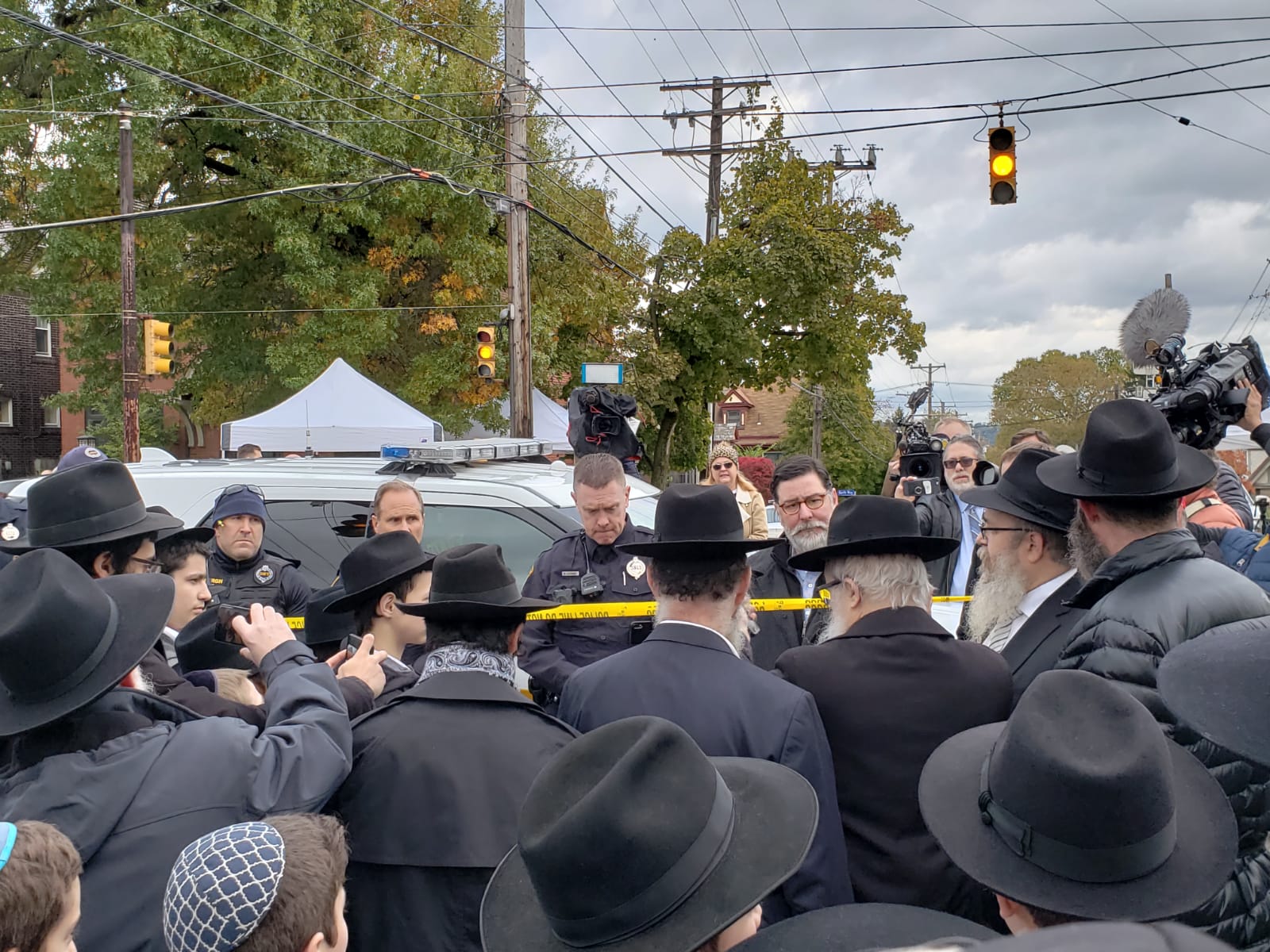 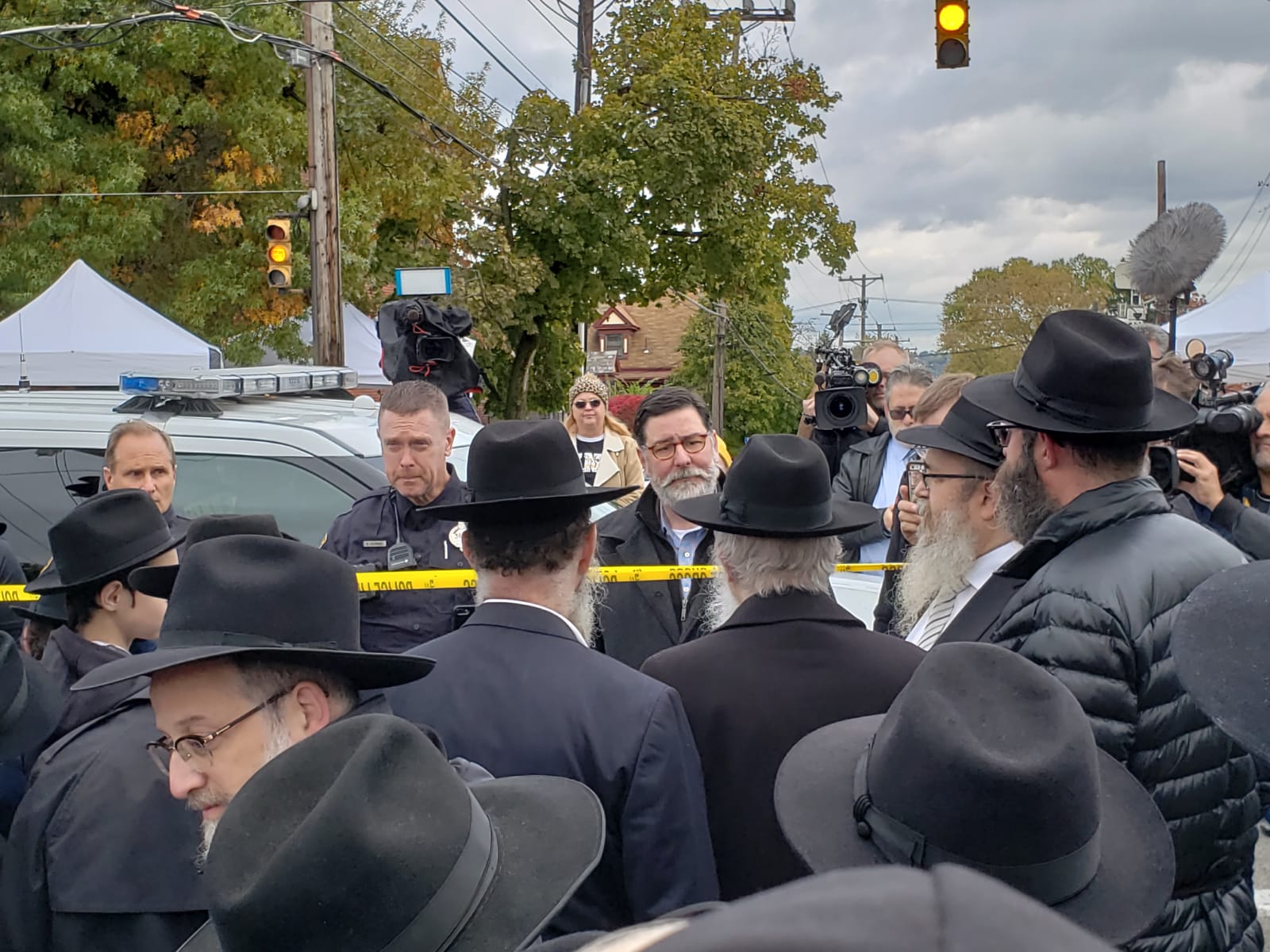 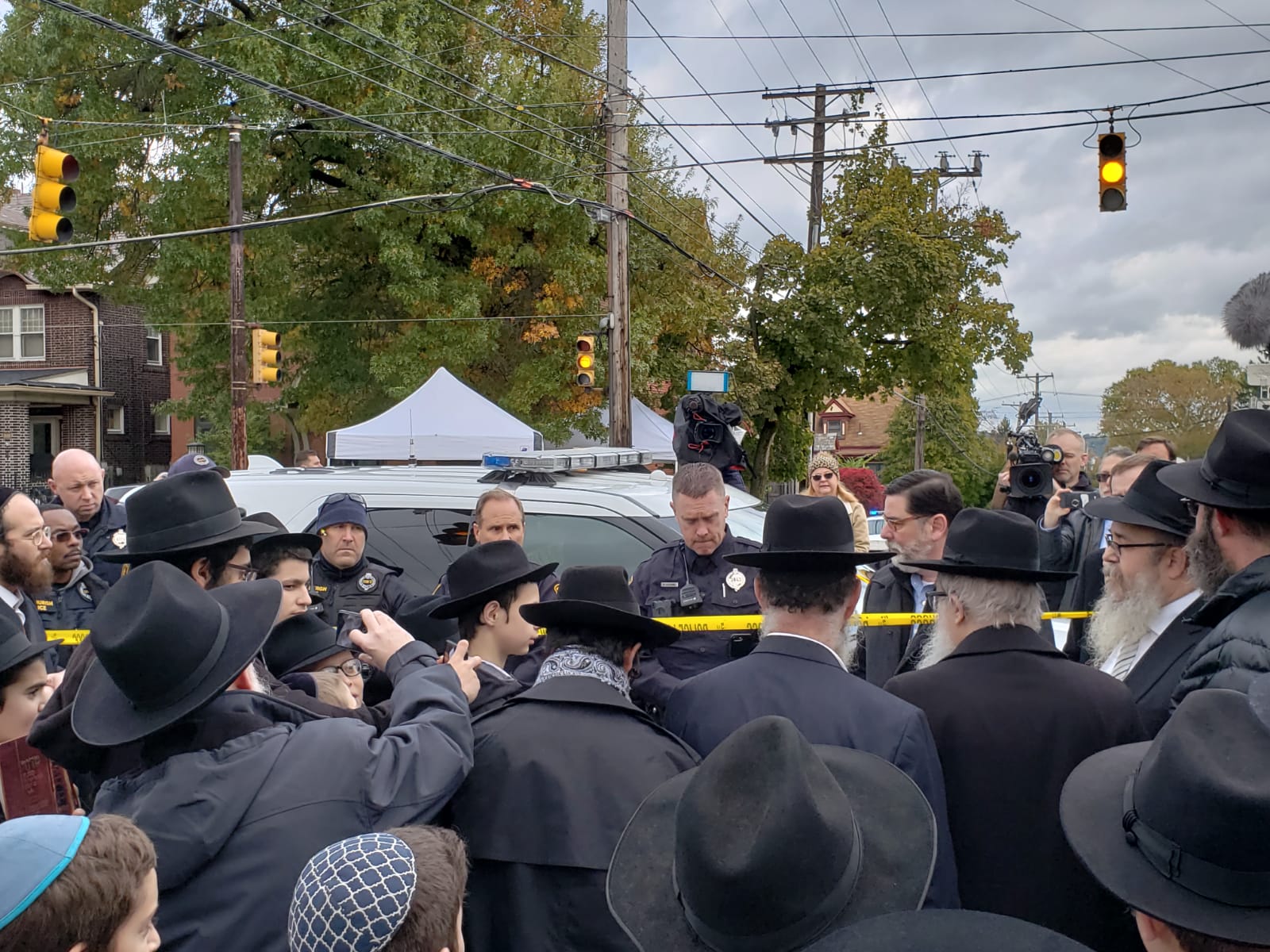 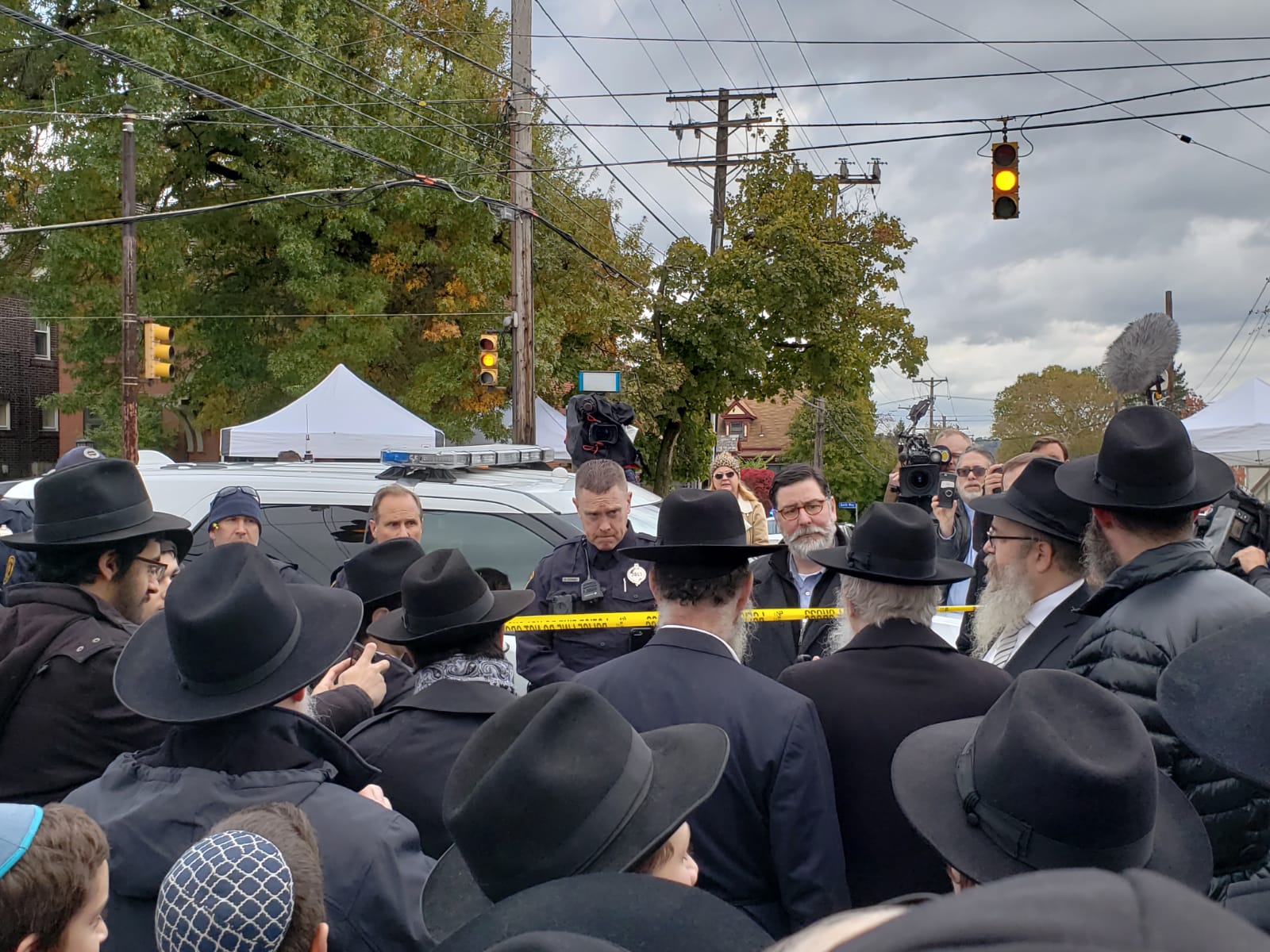