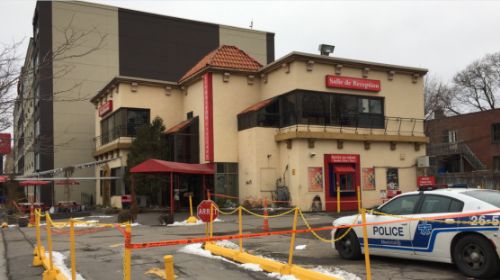 Montreal police believe an early morning fire at a pizza place in Cote-des-Neiges was intentionally set.

When the call came in around 6:20 a.m., police arrived on-scene and found the front window of Pizza Pita, near Plamondon Ave., broken and the sprinklers on.

Firefighters were quickly able to extinguish the flames, but forensic evidence at the scene points to a possible arson attack. It appears a molotov cocktail was thrown through the window.

Investigators from the Montreal Police arson squad will investigate.

No one was injured, and no roads were closed during the intervention.

The store reported that their sprinkler system managed to limit the damage to the drive thru section, mostly water damage. They were ooen for business on Motzei Shabbos.

It’s the second fire in a neighborhood pizza restaurant in as many weeks.

California Pizza on Decarie was the scene of an arson on November 22nd. 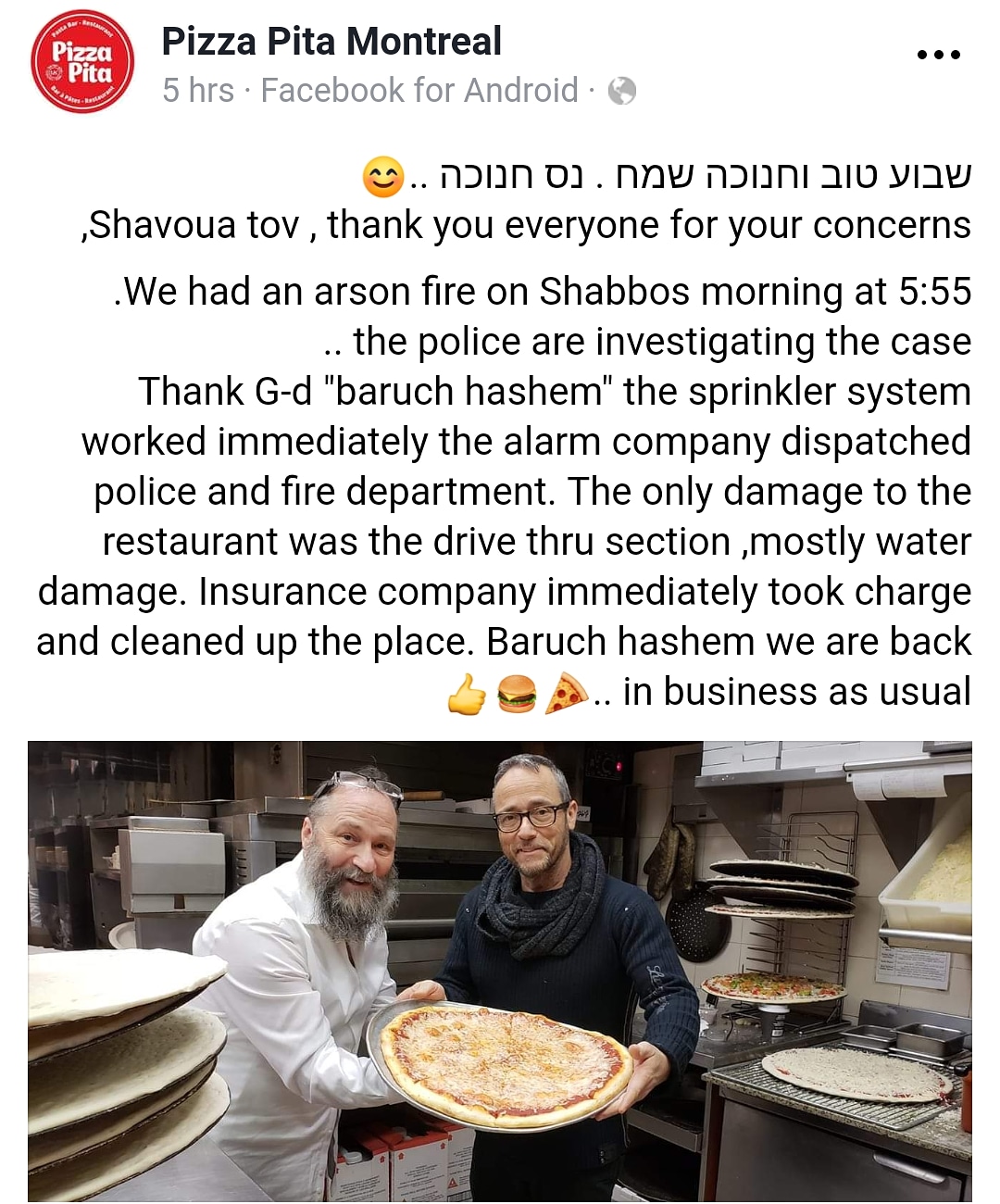