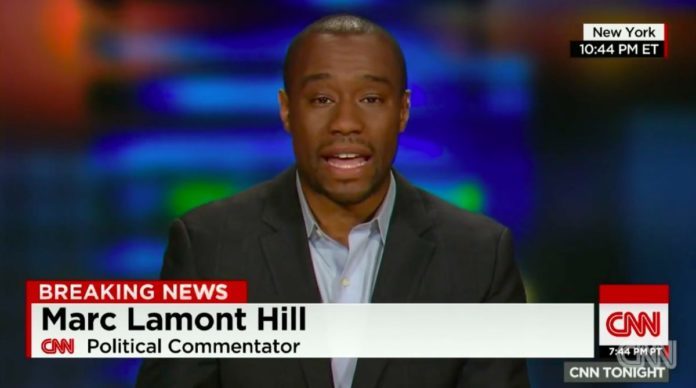 Alas, I almost forgot about the speech delivered by the Temple University Professor Marc Lamont Hill, but recently spilled innocent blood, as well as the statement issued by the Temple’s University Board of Trustees refreshed my memory, and this is the reason I am writing to you.

“I promise you that I will not exhaust all of my time by enumerating every human rights violation perpetrated by the Israeli government,” – said Mr. Hill during his speech. Well, Mr. President, I will not exhaust my time or take any of yours, exposing Mr. Hill’s lies, rebutting his statements or recreating an objective picture of the Israeli – Palestinian conflict in contrast to the warped depiction presented by Mr. Hill.

I would not do it because I firmly believe that Mr. Hill is not “profoundly interested in the plight of the Palestinian people as well as the broader ethical, moral, and political implications of their struggle for freedom and justice, as well as equality.” Rather, his speech stemmed from his deeply seated hatred that he harbors towards the Jewish People (yes, Jewish People, not only the State of Israel). And, according to Jewish wisdom, “hate causes a disregard for the standard [of dignified conduct]” (Midrash Tanchuma, 8). Any arguments, therefore, are an exercise in futility.

Mr. Hill is not only an anti-Semite; he also clearly assumes an anti-Western posture. “Too often we have framed human rights through the lens of the West.” “Contrary to Western mythology…” Don’t you hear contempt and animosity towards the West in the way Hill expressed himself? Yet, his views do not preclude Mr. Hill from thoroughly enjoying the rich blessings America so benevolently offers.

I am always amazed of how tolerant we are as a society, for we allow people that abhor our core values to not only peacefully benefit from the very society they loathe, but to shape the worldview of our youth. But again, is it tolerance or is it indifference coupled with cowardice?

Allow me, Mr. President, to quote one more thing from Mr. Hill’s opus.

“Contrary to Western mythology, black resistance to American apartheid did not come purely through Gandhian nonviolence. Rather, slave revolts and self-defense and tactics otherwise divergent from Dr. King or Mahatma Gandhi were equally important to preserving safety and attaining freedom. If we’re to operate in true solidarity with the Palestinian people, we must allow the same range of opportunity and political possibility. If we are standing in solidarity with the Palestinian people, we must recognize the right of an occupied people to defend itself.

We must prioritize peace. But we must not romanticize or fetishize it. We must advocate and promote nonviolence at every opportunity, but we cannot endorse a narrow politics of respectability that shames Palestinians for resisting, for refusing to do nothing in the face of state violence and ethnic cleansing.”

What Mr. Hill euphemistically calls “the same range of opportunity and political possibility”, is called “bloodshed” in simple English. Mr. Hill’s passionate call has not remained unheeded. Amichai and Shira Ish-Ran, two representatives of “settler colonialism”, were attacked and wounded on December 9. Shira was 30 weeks pregnant. Doctors attempted to save the child but their efforts, unfortunately, did not succeed. On December 13, another attack claimed the lives of two Israeli soldiers, Yossi Cohen and Yuval Mur Yosef. Two other victims of the attack, a young man and a young woman, were listed in critical and serious condition, respectively. According to Mr. Hill, these were not acts of brutal violence; this is a demonstration of “the right of an occupied people to defend itself.” Mr. Hill would probably denounce my conclusions as bizarre, but if you, Mr. President, read his quote, you, perhaps, will not find my conclusions in any way farfetched.

The statement, issued by the members of the Board of Trustees, asserts that “Professor Hill was not speaking on behalf of or representing the University” and that “his speech as a private individual is entitled to the same Constitutional protection of any other citizen”. One cannot argue with this, but would David Duke, had he been a member of the university’s staff, be afforded such a treatment? Why, then, a different sort of a hatemonger is allowed to be a part of the respectable institution? Is it because our society’s latest trend is to swiftly and strongly condemn (and rightfully so) any extreme right-wing activism but almost hail anything said or done by the radical left, as progressive? Or is it because firing Mr. Hill would be perceived as racism?

Mr. President, I am not a politician, a lobbyist or a donor; I am an ordinary citizen. In this respect, I do not have any leverage. My arsenal consists of conscience, sincerity, and a strong sense of justice. I believe that having Mr. Hill as part of your team tarnishes the University’s fine reputation and compromises its values.