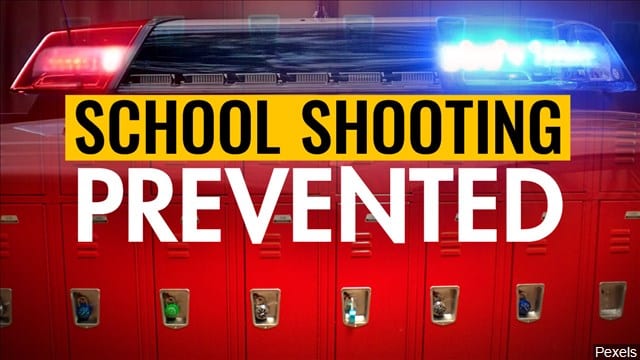 Police in California say they have arrested a middle school student who was planning to carry out mass shootings at two Napa schools.

Napa police said in a statement Monday that they thwarted the planned attacks on River Middle School and Vintage High School thanks to a fellow student who alerted authorities.

It says investigators arrested the 14-year-old suspect on Jan. 2 after they searched two homes and found evidence he was researching and planning a mass shooting.

The student remains in custody and was not identified.

The police department says it started investigating on Dec. 31 when a student told police a classmate who was planning the attacks threatened to kill him if he warned anyone.