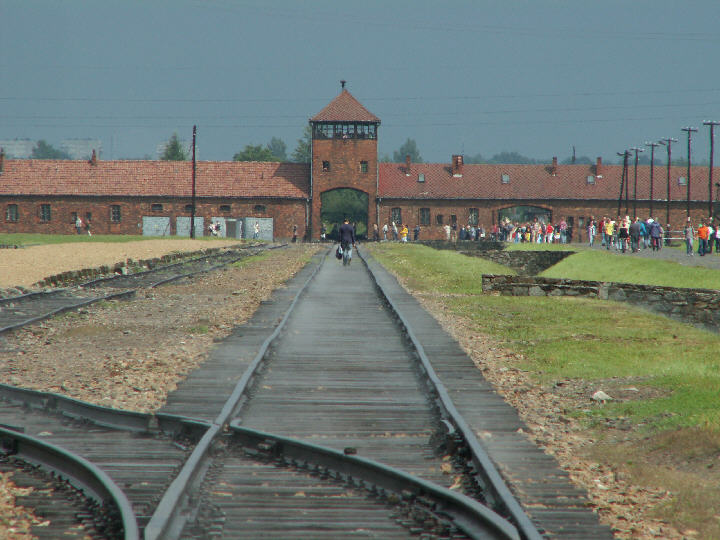 More than seven decades after the liberation of the Nazi death camps, the remains of six unidentified victims of the Holocaust are to be given a Jewish burial.

The service will take place on 20 January, a week before Holocaust Memorial Day, and is expected to be attended by Holocaust survivors.

The Imperial War Museum, which has stored the remains for more than 20 years, has handed them to the United Synagogue after consultation with the chief rabbi, Ephraim Mirvis, and the Auschwitz museum near Krakow in Poland.

The remains will be placed in shrouds in a single coffin and laid to rest at Bushey New Cemetery in Hertfordshire, which serves the orthodox Jewish community.

Michael Goldstein, president of the United Synagogue, which is organising the funeral, the first burial of Holocaust victims in the UK, said: “We have the opportunity to do what was denied to our brothers and sisters during the Holocaust – to provide a dignified and appropriate Jewish burial.”

The remains of what are believed to be six people were discovered by a survivor at the Auschwitz death camp. In 1997, the remains were sent to the IWM as part of a collection of Holocaust-related items, despite the museum saying it did not wish to acquire the container.

As few details were supplied, the IWM – which is legally permitted to store human remains – commissioned tests. The English Heritage Centre for Archaeology found that the remains included human bone fragments, non-human bone fragments, construction material from cremation ovens, and ash – and suggested that the human remains were of six people, likely to be five adults and a child. 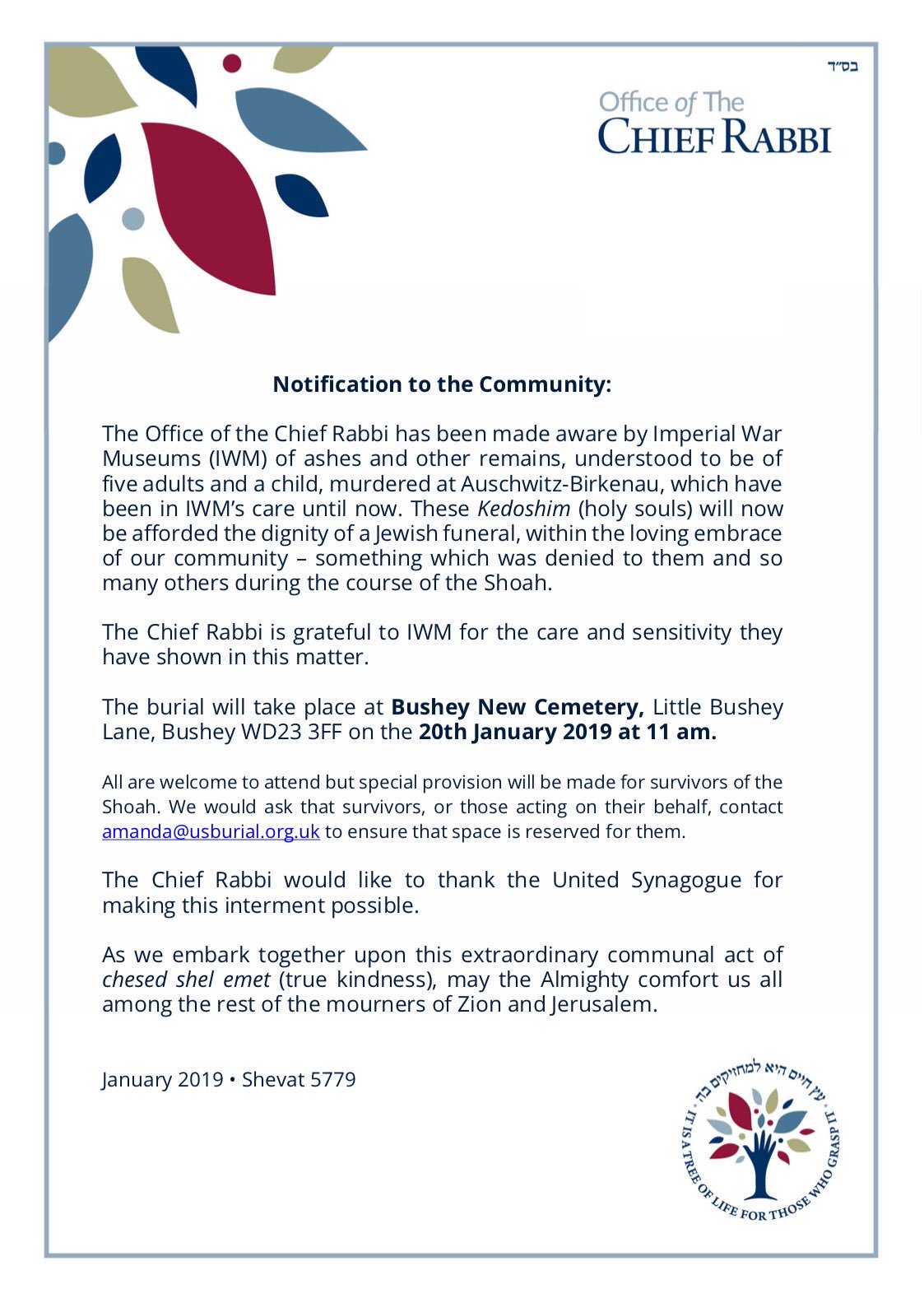