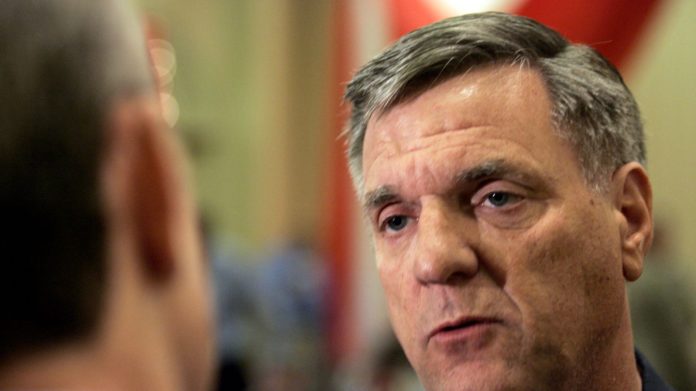 A federal grand jury indicted the head of one of New Jersey’s most powerful Republican county organizations on Thursday for failure to pay taxes totaling more than $1 million, lying on a loan application and failing to pay payroll taxes withheld from employees at his law firm.

George Gilmore is charged with a total of six counts. The most serious, tax evasion and failing to pay payroll taxes, are punishable by up to five years in prison.

Gilmore, 69, heads the Ocean County Republican Party. The county has the most registered Republicans of any county, according to elections statistics.

According to the indictment, Gilmore owed more than $1 million for tax years 2013 through 2015 but made no payments. He also allegedly filed false tax returns for two of those years and made false statements that understated his income.

During the same time period, the U.S. attorney’s office alleged, Gilmore spent $80,000 on home construction and to buy art, antiques and collectibles.

In an emailed statement, Gilmore’s attorney said his client would be vindicated.

“After serving grand jury subpoenas seeking evidence of political corruption on every town with which George Gilmore conducts business — literally for years — the United States Attorney’s Office could manage only this lame, ersatz tax case,” attorney Kevin Marino wrote. “Mr. Gilmore faithfully reported every penny of his income, repeatedly expressed his intention to pay his taxes together with interest and penalties, freely conceded that he was unable to do so in a timely fashion, and shared with the Government the reasons why.”