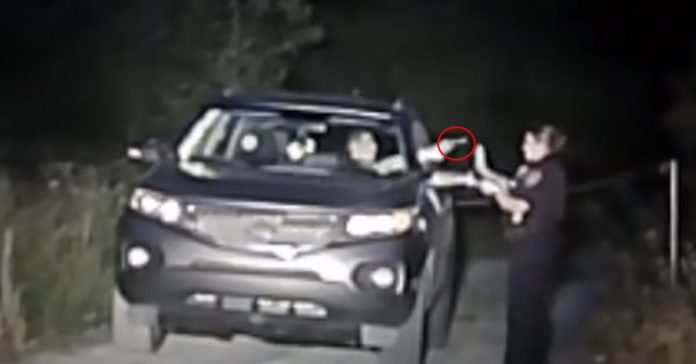 Video of suburban Chicago police fatally shooting a Pennsylvania man wanted on a murder warrant shows an officer struggling with him after he pointed a gun at her head.

Lake County authorities released police videos Monday from the July 26 encounter. They show Lakemoor officer Brianna Tedesco approaching a parked car in which Kenneth Martell was sitting. Martell gives a fake name to Tedesco and hands her a piece of paper. That’s when he grabs a handgun and aims it at Tedesco. Investigators say Martell pulled the trigger, but the gun didn’t go off.

The video shows Tedesco fighting with Martell for control of the gun. Officer Anthony Loiacono approaches and shoots Martell once.

Martell was suspected in the beating and stabbing death three days earlier of Theodore Garver during a robbery in Springboro, Pennsylvania.