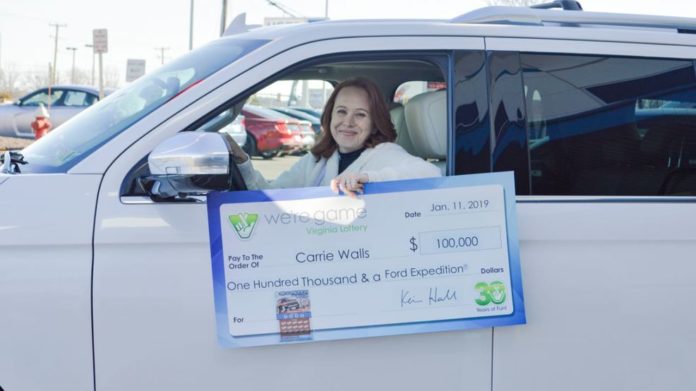 A Virginia family affected by the federal government shutdown isn’t feeling the pinch like others who aren’t getting paychecks.

Carrie Walls of Ashburn won the top prize in the Virginia Lottery’s special drawing. The lottery says she picked up her winnings Friday of a Ford Expedition at a Loudoun County dealership and a $100,000 check. There were over 550,000 entries in the drawing.

The drawing happened last month, before the government shutdown. Still, a lottery release has Walls saying the cash prize was particularly timely because her husband is a federal worker currently furloughed in the shutdown. His name wasn’t released. Walls herself spent over a decade in the U.S. Air Force.