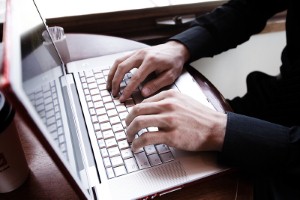 U.S. federal telecommunications regulators are pushing ahead with efforts to bring faster Internet service to commercial and private airline flights.

The Federal Communications Commission on Thursday started deliberations on a proposal that would offer a new type of in-flight broadband service promising U.S. fliers higher Wi-Fi speeds and better connections.

The proposal, which has been pushed for years by wireless equipment maker Qualcomm Inc, seeks to open up more radio airwaves for airborne Internet access.

Some satellite companies have opposed Qualcomm’s plan as they worry that new broadband services would interfere with their networks.

At Thursday’s open commission meeting, the last for outgoing FCC Chairman Julius Genachowski, the four remaining commissioners voted to begin gathering public comment on how the airwaves should be licensed and shared with incumbent users.

“The world simply does not wait for us to get off the plane. We expect information at our fingertips at all times,” said Commissioner Jessica Rosenworcel, a Democrat. “Air travel stands out as one of the few places where we can’t always rely on a connection.”

U.S. air travelers can already access the Internet on some flights but the speed of such service, which either relies on connections with antennas on the ground or satellites, is slower.

Qualcomm, whose proposal has received backing from U.S. airlines, welcomed the vote.

“This proposal takes the technology to the next level, allowing passengers to use their smartphones, tablets and other mobile broadband devices in the air with very high speed, high capacity mobile broadband connectivity, just as they do on the ground,” Qualcomm’s Senior Vice President for Government Affairs Dean Brenner said in a statement after the vote.

Internet access for now would exclude takeoff and landing, when U.S. passengers are required to shut down their electronic devices. The FCC is working with the Federal Aviation Administration to study the impact of possibly relaxing that rule.

Genachowski said at the meeting that his last day at the FCC will be May 17. Commissioner Mignon Clyburn, the senior Democrat will take over as interim chair while the Senate considers the nomination of telecommunications veteran Tom Wheeler, President Barack Obama’s pick to replace Genachowski.