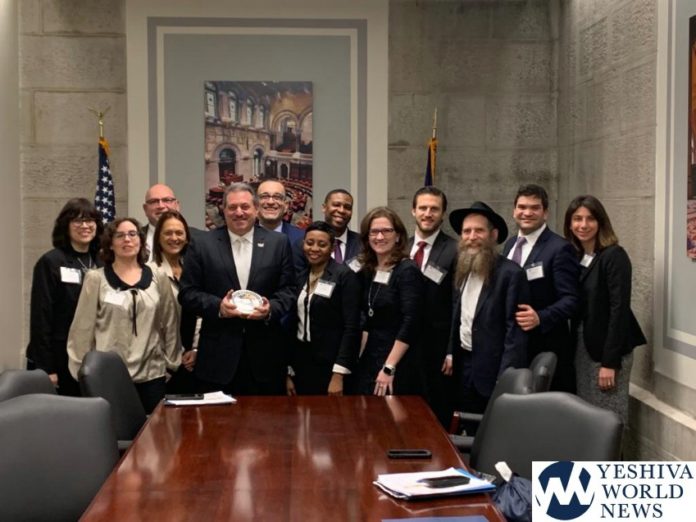 At 6:01 AM last Wednesday a coach bus rolled out from Met Council headquarters on Water Street in Manhattan on its way to Albany with community leaders who were going to spend the next 15 hours on a mission to Albany advocating on behalf of the poorest members of the community. This was the first ever mission to Albany solely focused on Jewish poverty. “We went to Albany to highlight that Jewish poverty is a very real problem and to come up with creative solutions to helping the neediest in our community,” said David G. Greenfield, CEO of Met Council. The group of over forty community leaders lobbied the legislature on three significant issues: more kosher food for the poor, additional funding for Holocaust survivors, and advocating for the end of The Benefits Cliff –whereby a small increase in salary can cause a disproportionate loss of government benefits.

Met Council arranged meetings with more than thirty legislators representing all five boroughs. The group split into two to lobby as many legislators as they could in their packed day. The first group was led by Met Council CEO David Greenfield and the second group was led by Met Council Director of External Affairs Aaron Cyperstein. Both David and Aaron are experts in public policy and advocacy. David was the co-founder of TEACH NYS and a Council Member for eight years before joining the Met Council as CEO and is an expert in government relations and public policy – as well as an adjunct law professor at Brooklyn Law School. Aaron was an Assistant Attorney General and Deputy Borough President of Queens who has decades of experience lobbying on behalf of different organizations.

“As the largest Jewish charity in New York City, it’s not enough for us to provide the needy with food, housing, and cash assistance. We need to lobby the halls of power to implement policies that will not only help the needy but help those who are trying to escape poverty,” explained Greenfield. “The Benefits Cliff is a perfect example of that. In many cases, making a few dollars more per week can cause you to lose hundreds of dollars of government benefits. For example, we at Met Council own two buildings that house the formerly homeless. We give them jobs in our buildings. Recently, several of our residents have asked to work fewer hours because the increase in minimum wage means that they will lose their Section 8 vouchers. That doesn’t make any sense, we should be incentivizing people to work more, not less.”

Because of the lack of Kosher food in Albany, Met Council catered lunch by Essen Kosher Deli in Brooklyn that was co-hosted by Assembly Member Steven Cymbrowitz and hosted in the capitol office of Assembly Member Helene Weinstein. Dozens of legislators dropped by to hear about the work of Met Council and their affiliate Jewish Community Councils first hand. Assemblyman Simcha Eichenstein introduced many legislators to delicacies from his district including hamantashen and rugelach. While munching, they also got to know the leadership of the JCC’s – neighborhood organizations that fight poverty every single day throughout the Jewish community of New York.

“If you’re serious about lobbying you go to Albany. That’s why we went – to send a message that we are serious about fighting poverty. I am extremely grateful to our CEO David Greenfield and the leaders of the 16 JCCs for sending a clear message: we have an achrayus (responsibility) to fight for the poorest New Yorkers,” said Aaron Cyperstein, Director of External Affairs, Met Council. 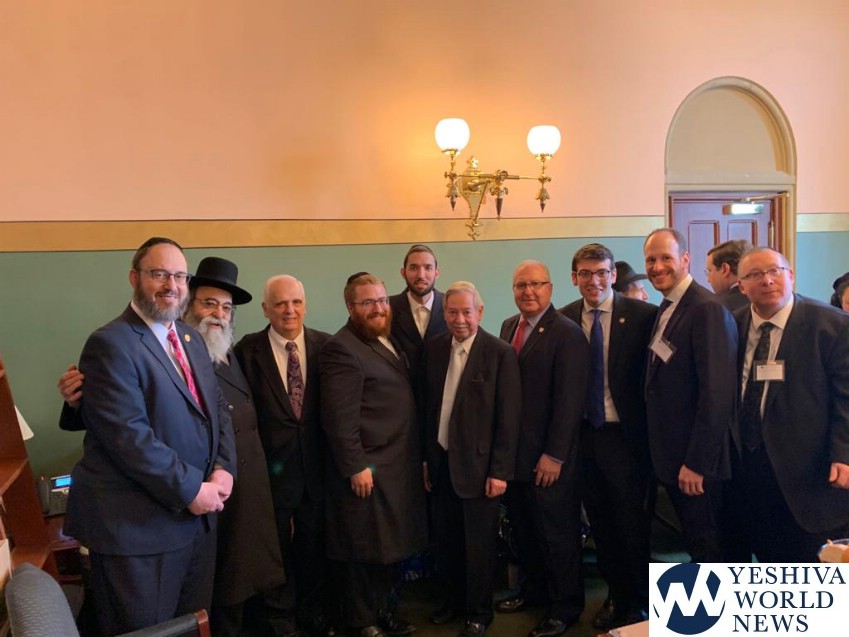 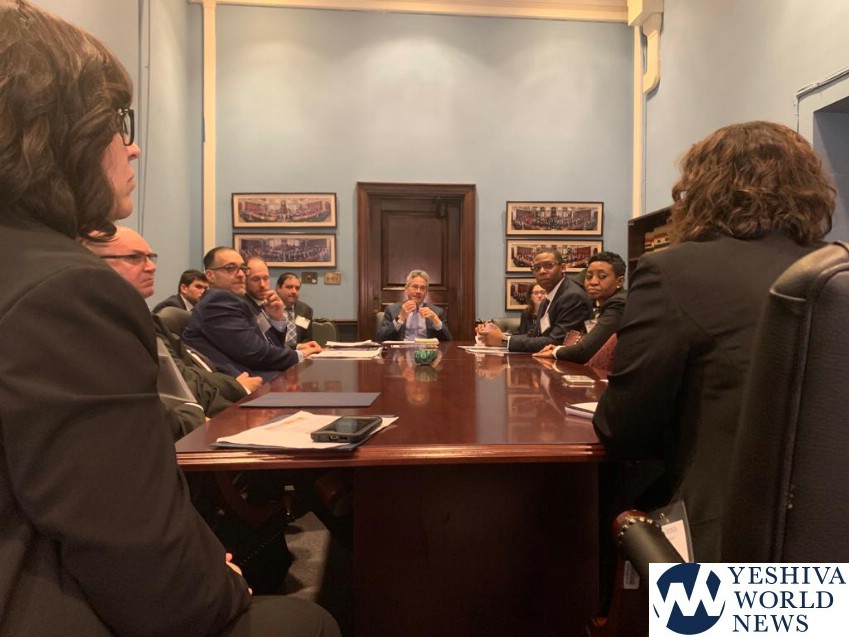 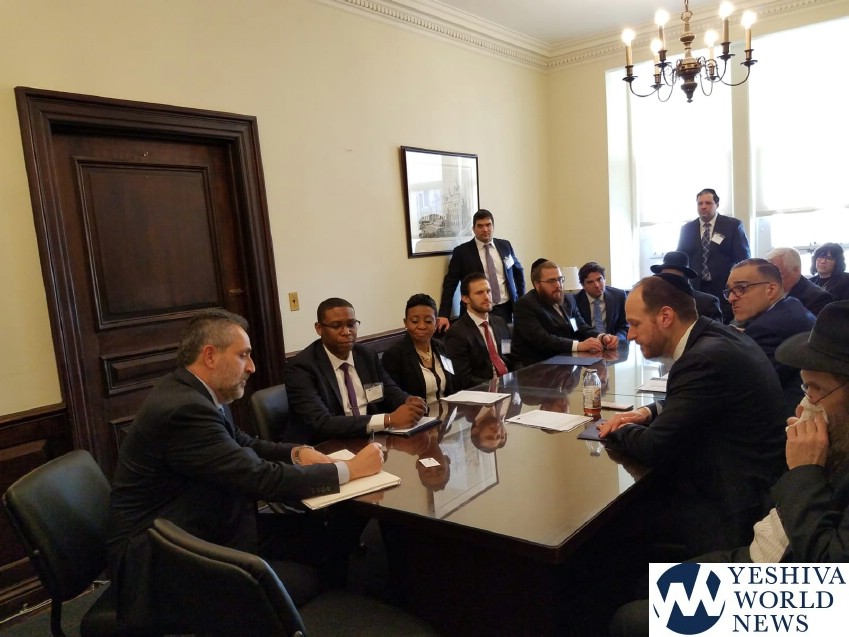 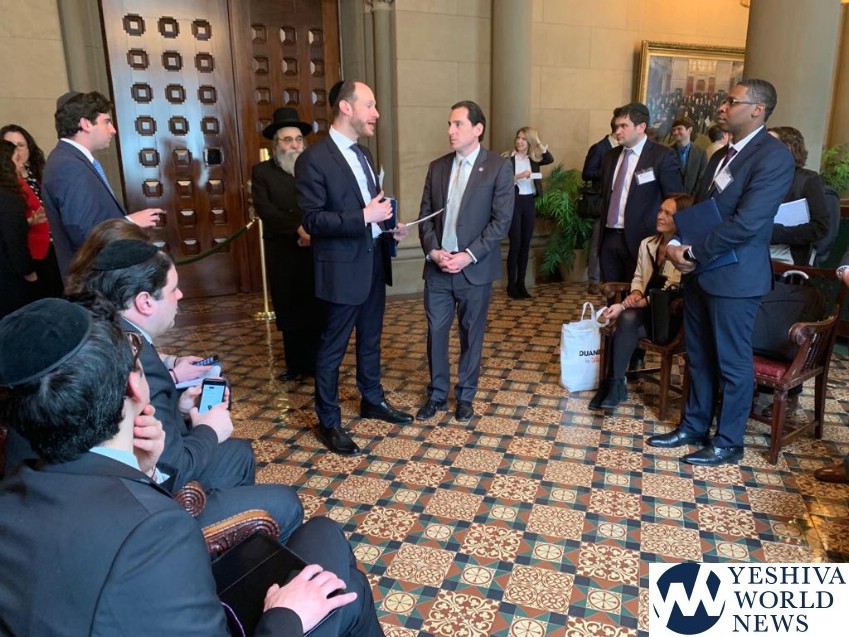