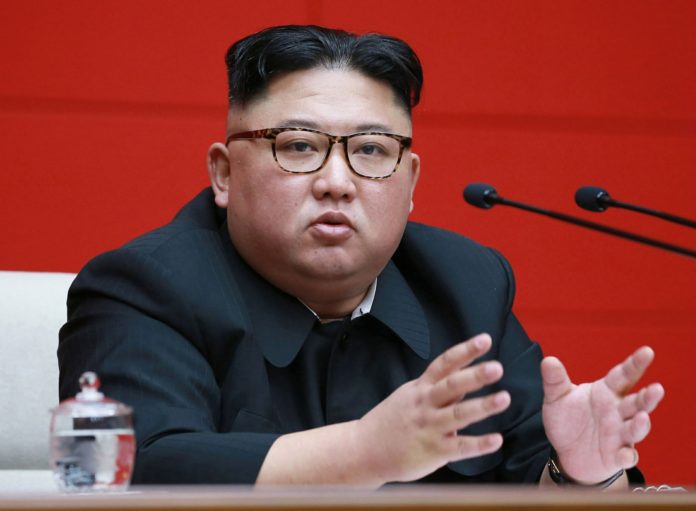 North Korean leader Kim Jong Un has retained his most important leadership post as his rubber-stamp parliament made a slew of personnel changes that bolstered his diplomatic lineup amid stalemated nuclear talks with the United States.

The new personnel appointments may be a sign of Kim’s desire to keep recent months of up-and-down nuclear diplomacy alive rather than returning to the threats and weapons tests that characterized 2017, when many feared war on the Korean Peninsula. In Washington, President Donald Trump and visiting South Korean President Moon Jae-in met Thursday and agreed on the importance of nuclear talks with North Korea.

The North’s state-run Korean Central News Agency reported Friday that Kim was re-elected as chairman of the State Affairs Commission, the nation’s most important decision making body. The election came at the first session of the Supreme People’s Assembly on Thursday. The assembly was said to have re-elected Kim because of “his outstanding ideological and theoretical wisdom and experienced and seasoned leadership.”

The 35-year-old Kim holds many government, military and ruling party leadership titles, but he technically rules the country in his capacity as commission chairman. The assembly first elected him to that post in 2016.

State media also said that Choe Ryong Hae, one of Kim’s top lieutenants, was made president of the assembly’s Presidium. Choe was also elected to first vice-chairman of the State Affairs Commission, a new post. The new jobs strengthened his status as No. 2.

By the constitution, the presidium president post is North Korea’s nominal head of state though all power is heavily concentrated on Kim, the third-generation member of his family to rule the North since his grandfather founded it in 1948.

Choe’s appointment to first vice-chairman of the state commission could allow him to oversee diplomacy with the United States while having the nuclear negotiators and others in the commission under his control, some observers say.

Choe has been a rising star since Kim Jong Un took power in late 2011. He went to China and Russia as Kim’s special envoy, and has assumed a series of high-profile jobs, including the top political officer in the North’s 1.2 million-member military. In 2015, however, South Korea’s spy agency speculated that he was briefly banished to a rural collective farm for reeducation.

Choe’s election to head the presidium also means the apparent departure of 91-year-old Kim Yong Nam, who has served all three generations of the ruling Kim family. His retirement has long been expected because of old age.

Three of the senior officials involved in nuclear negotiations with the United States have been re-elected or newly elected to members of Kim Jong Un’s state commission, including former military intelligence chief Kim Yong Chol, who travelled to Washington and met Trump twice ahead of Kim Jong Un’s two summits with the U.S. president last year.

The fate of Kim Yong Chol had been the focus of South Korean media speculation since the second Kim-Trump summit in Hanoi in February ended without any agreement because of disputes over U.S.-led sanctions on the North.

Analyst Cheong Seong-Chang at South Korea’s Sejong Institute said that because much of the responsibility for the failed nuclear diplomacy with the United States will probably be assigned to Kim Yong Chol, a hardline former military general blamed for two attacks in 2010 that killed 50 South Koreans, his influence will likely be diminished.

The United States and North Korea have accused each other of causing the Hanoi summit’s breakdown. But they haven’t formally abandoned diplomacy.

During a meeting with Moon, Trump said his government wants sanctions on North Korea to stay in place though he didn’t rule out a third summit with Kim. Moon, a liberal who facilitated U.S.-North Korea diplomacy last year, told Trump that he would push for an inter-Korean summit with Kim, according to Moon’s office. Moon met Kim three times last year.