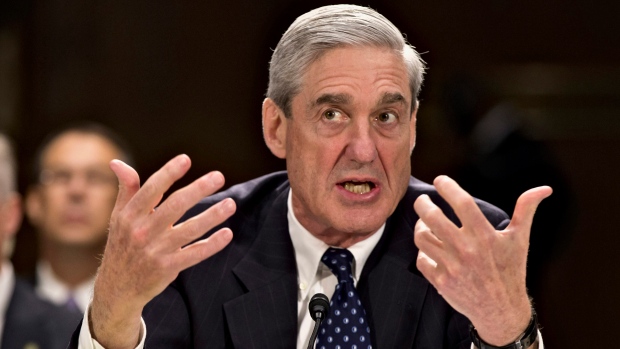 Special counsel Robert Mueller’s investigation of Russian interference in the 2016 election identified 10 instances of possible obstruction of justice by President Donald Trump. Mueller said in his report that he could not conclusively determine that Trump had committed a crime or that he hadn’t.

A look at the 10 instances:

PRESSURE ON COMEY TO END PROBE OF MICHAEL FLYNN

This includes the president’s statement to then-FBI Director James Comey regarding the investigation of then-national security adviser Michael Flynn. Trump told Comey: “I hope you can see your way to letting this go.”

Among the evidence is the president telling then-White House counsel Don McGahn to stop Attorney General Jeff Sessions from recusing himself from the Russia investigation and Trump’s subsequent anger at Sessions. Trump also contacted Comey and other intelligence agency leaders to ask them to push back publicly on the suggestion that Trump had any connection to the Russian election-interference effort.

[“NO COLLUSION – NO OBSTRUCTION!” Trump Claims Victory With Long-Awaited Release of Mueller Report]

FIRING OF COMEY AND AFTERMATH

Mueller’s report says “substantial evidence” indicates Trump’s decision to fire Comey in May 2017 was the result of the FBI director’s unwillingness to say publicly that Trump was not personally under investigation. On the day after Trump fired Comey, the president told Russian officials that he had “faced great pressure because of Russia. That’s taken off.”

APPOINTMENT OF SPECIAL COUNSEL AND EFFORTS TO REMOVE HIM

Trump reacted to news of Mueller’s appointment by telling advisers that it was “the end of his presidency.” The president told aides that Mueller had conflicts of interest and should have to step aside. His aides told Trump the asserted conflicts were meritless. Following media reports that Mueller’s team was investigating whether the president had obstructed justice, Trump called then-White House counsel Don McGahn at home and directed him to have Mueller removed. McGahn refused.

Trump instructed former campaign manager Corey Lewandowski to have Sessions publicly announce that, notwithstanding his recusal from the Russia investigation, the investigation was “very unfair” to the president, the president had done nothing wrong, and Sessions planned to meet with Mueller to limit him to “investigating election meddling for future elections.”

In summer of 2017, Trump learned that the news media planned to report on the June 2016 meeting at Trump Tower between senior campaign officials and Russians offering derogatory information about Hillary Clinton. The president directed aides not to publicly disclose the emails setting up the meeting. Before the emails became public, the president also edited a press statement for Donald Trump Jr. by deleting a line that acknowledged that the meeting was “with an individual who (Trump Jr.) was told might have information helpful to the campaign.”

ADDITIONAL EFFORTS TO HAVE SESSIONS TAKE CONTROL OF INVESTIGATION

At several points in between July 2017 and December 2017, Trump tried to get Sessions to declare that he was no longer recused from the Russia investigation and would assert control over it. The report says there’s evidence that one purpose of asking Sessions to step in was so that the attorney general would restrict the investigation’s scope.

In an Oval Office meeting in February 2018, Trump told McGahn to “correct” a New York Times story that reported Trump had earlier instructed McGahn to fire Mueller. Trump also asked why McGahn had told Mueller’s investigators about the directive to remove Mueller. McGahn told Trump he had to tell the investigators the truth.

TRUMP’S ACTIONS TOWARD, FLYNN, MANAFORT AND OTHER POSSIBLE WITNESSES

Mueller looked at whether Trump’s sympathetic messages to Flynn, former campaign manager Paul Manafort and others were intended to limit their cooperation with Mueller’s investigation. When Flynn began cooperating with prosecutors, Trump passed word through his lawyer that he still had warm feeling for Flynn and asked for a “heads up” if Flynn knew of information implicating Trump. Trump praised Manafort during and after his criminal convictions, and refused to rule out a pardon for his former campaign chairman.

Mueller noted that Trump’s conduct toward Cohen, a former Trump Organization executive, changed from praise to castigation after Cohen began cooperating with prosecutors. The evidence could “support an inference that the president used inducements in the form of positive messages in an effort to get Cohen not to cooperate, and then turned to attacks and intimidation to deter” cooperation and undermine Cohen’s credibility, Mueller wrote.