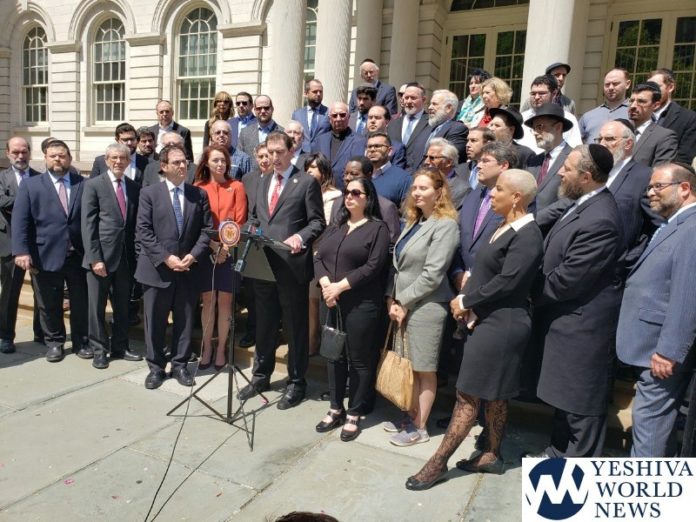 In a show of interfaith unity, faith leaders from across the city gathered on the steps of City Hall Tuesday afternoon to call for security funding for houses of worship. Organized by Councilman Chaim Deutsch, the rally was attended by dozens of community members and activists representing a variety of ethnicities and religious backgrounds.

“In the wake of tragedies in Poway, Pittsburgh, New Zealand, and Sri Lanka, it is clear that our houses of worship are vulnerable to threats,” said Councilman Chaim Deutsch. “New Yorkers of faith deserve to be safe as they worship – it’s as simple as that. Houses of worship need a layer of protection to keep congregants safe, such as an armed guard. Every time a tragedy occurs, every City and State leader rushes to the nearest house of worship to extend thoughts and prayers to the victims – but where will these leaders be NOW, as we ask them to step up proactively and fund security?”

Councilman Kalman Yeger, who this week is introducing a bill calling for armed security guards at houses of worship, also participated in the rally. He said, “Government has certain very basic obligations. The most predominant of all is to keep its citizenry safe. We have to know we will be protected in our houses of worship, in our sanctuaries of peace. We have seen synagogues, churches and mosques under attack all over the world, in the United States, and here in New York. We know that the Mayor cares deeply about our security. Our bill will allow any house of worship to hire a private security guard, submit for reimbursement, and have the City pay the bill. This is our City and our money, and safety in our houses of worship is our most fundamental right.” 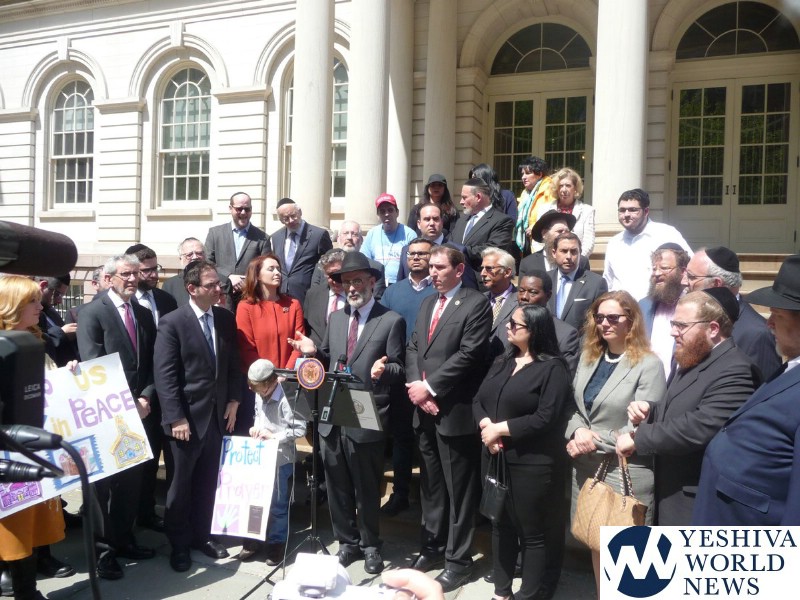 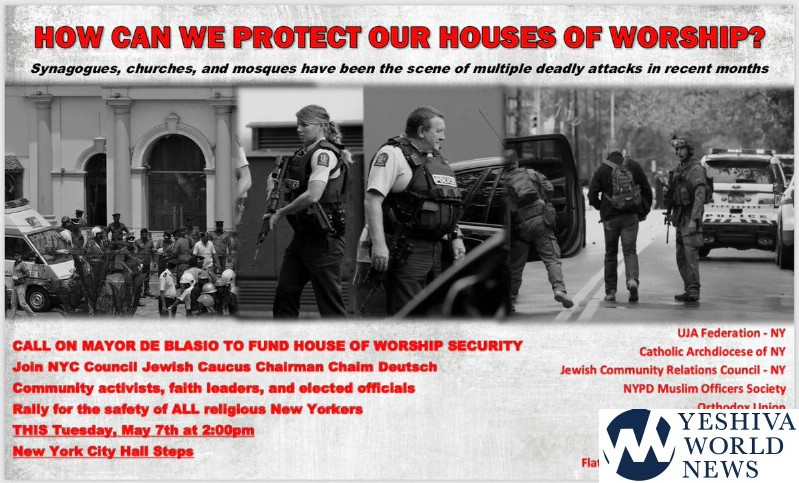 Rabbi Benjamin Goldschmidt, Park East Synagogue speaking on the steps of City Hall, alongside NYC faith leaders, calling for security funding for houses of worship. Thank you @ChaimDeutsch @KalmanYeger for your leadership and unifying faith leaders on this issue. pic.twitter.com/6Z2htN4Wes

Standing with @ChaimDeutsch calling on the city to better protect all houses of worship. pic.twitter.com/JQRWo6DLqV

Proud to join @ChaimDeutsch & @KalmanYeger on the steps of NYC Hall to ask @NYCMayor for security funding for Houses of Worship. Religious leaders from across the City speak with one voice at this critical moment in history. We must protect our communities. The threat is real. pic.twitter.com/8LdU2NQnF2

City leaders always turn to Houses of Worship during crises big and small.

Now, as Houses of Worship in NYC and across the world experience their own time of need, we must be there for them as they always have for us.

We need to fund security measures for houses of worship. pic.twitter.com/lVBdpCyNxt