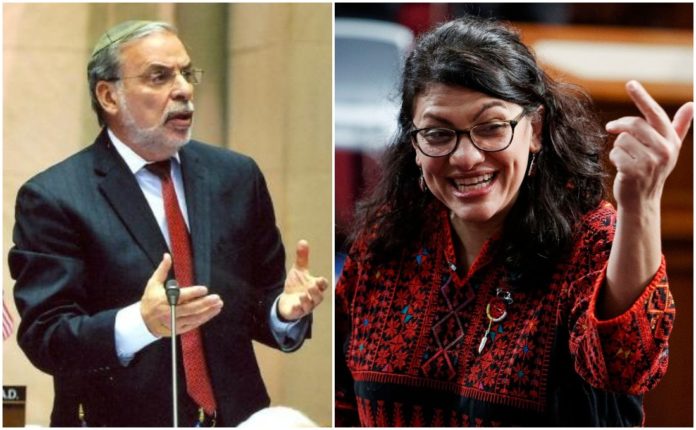 After Rep. Rashida Tlaib’s remarks on how she felt “comforted” about her Palestinian ancestors’ role during and after the Holocaust set off a firestorm (as expected), Dov Hikind put out a video to correct her distortions.

Without warning prior, or notice thereafter, Hikind woke up today to discover that Facebook had removed the video (see it on Twitter).

Antisemites like @rashidatlaib have a long track record of distorting Jewish history just as the Nazis did – but only Rashida lies, gets called out, and then blames her critics for her lies! I’m glad we all saw right through her, but she’s still in Congress! pic.twitter.com/68HosSyrxo

It’s outrageous to think that for a video that did nothing but directly quote Rashida Tlaib along with the famous video of Hitler Y”MS meeting with the Palestinian Mufti as they discussed their ‘shared problem of the Jews’, Facebook censored Hikind and shut down his right to free speech.

It comes as no surprise, as we’ve recently seen Facebook and other social media sights de-platform voices that don’t jive with their far-Left outlook and agenda. But this should be unacceptable, particularly as there was no mention of it. It simply disappeared. The interesting thing is that other accounts re-posted Hikind’s video and the video was not (yet) removed.

Below, see screenshots of a Whatsapp message showing that the post was live on Facebook with a live link, and preview of the video at the original link, which has now been removed.

Netanyahu: We Opened Up The Economy T0o Early