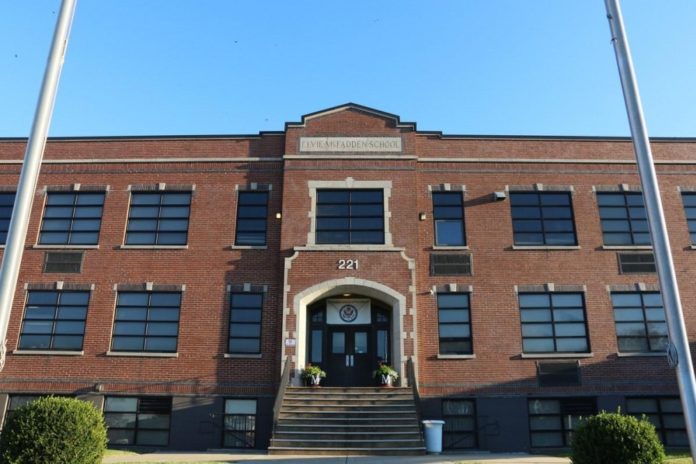 A Tennessee elementary school will no longer have a student portray Adolf Hitler Y”MS in its living history exhibit after a group of students began giving Nazi salutes.

Rutherford County school district spokesman James Evans said in an email Wednesday that the fifth-grade student portraying Hitler was supposed to give a speech and a Nazi salute as part of the exhibit. An investigation by the McFadden School of Excellence principal later found that other students had started giving the salute as well both in and out of rehearsals, Evans said.

The issue became public after Middle Tennessee State University professor Keith Gamble tweeted on Tuesday that his daughter was sent to the principal’s office for yelling at the other children to stop.

Evans said the girl was not punished but was taken to the office because she was upset and would not calm down. He also said no staff members were disciplined.

“We do plan to use a different means of covering the history standard in the future, and we consider this a teachable moment for our staff and students,” Evans wrote.

Please comment with support for my 11-year-old daughter. She was removed from class and sent to the principal’s office for the rest of the day last Thursday for shouting, “Stop it, put your hands down now,” to a group of students giving the Nazi salute. pic.twitter.com/9d9LpI5V5r

The director of schools also sent an email to parents “to assure them we do not condone any type of symbolism or actions that can interpreted as hate-filled or insensitive.”

Gamble did not immediately respond to phone and email messages on Wednesday afternoon.

Two social studies teachers in a different Tennessee district resigned earlier this year after an uproar over an assignment that asked students to pretend to be slave owners and brainstorm expectations for their slaves.

Williamson County schools recently announced it was changing how it teaches its students about slavery and the history of black people in the United States. The new curriculum will be exclusively online and teachers will get extensive training on sensitive topics.

Each time, my daughter spoke out even though she was told by a teacher “not to address it.” She has been bullied by classmates and targeted personally with Nazi salutes, so school feels lonely sometimes.