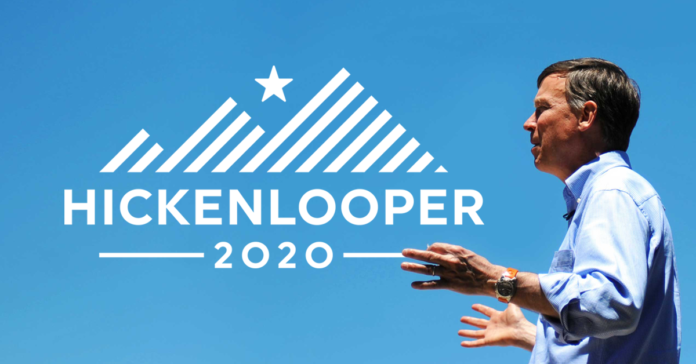 Hickenlooper described himself Thursday as an “extreme moderate” but said special counsel Robert Mueller’s statement Wednesday spurred him to back an impeachment investigation.

On CNN’s “New Day,” Hickenlooper said Mueller “laid the responsibility clearly at the doorstep of Congress” and he thinks “we have to begin an impeachment inquiry.”

Hickenlooper said an inquiry may not lead to an impeachment vote and acknowledged the Republican-controlled Senate would never remove Trump if the Democratic-controlled House impeached him.

Democratic candidates Sens. Cory Booker of New Jersey and Kirsten Gillibrand of New York had declined to push impeachment but backed the process after Mueller’s statement .

Trump has called Mueller’s Russia investigation a “witch hunt” and declared he “did nothing wrong.”