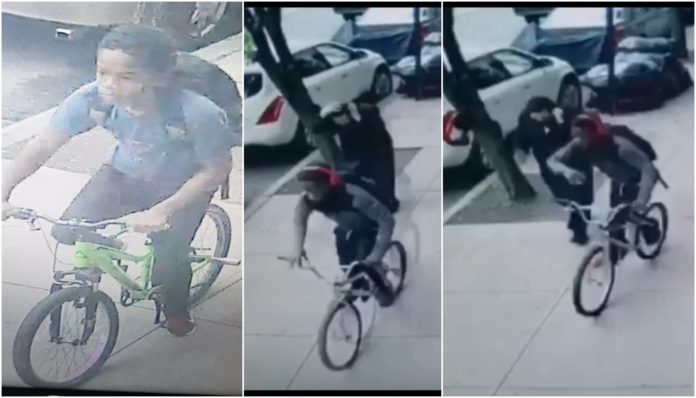 There has been yet another hate crime in Williamsburg, Brooklyn.

One of the teens knocked the victim’s hat and Yarmulka off, before quickly riding away.

The NYPD and Williamsburg Shomrim responded and canvassed the area for the suspects.

This is the third attack of this kind in Williamsburg in recent weeks. A 16-year-old black male was arrested for punching a Hasidic man in the head and sending his head flying. The NYPD is still looking for a group of men who attacked a Hasidic man wearing a Shtreimel and Bekeshe, punching him in the face and hurling anti-Semitic slurs at him.

This flood of anti-Semitic attacks on Orthodox men in Brooklyn is despicable, frightening, and unacceptable.

PHOTOS: Elected officials and community activists met to cleanup and condemn anti-Semitic graffiti at #Chabad in #StatenIsland and a nearby Yeshiva #newyorkcity #nyc #antisemitism