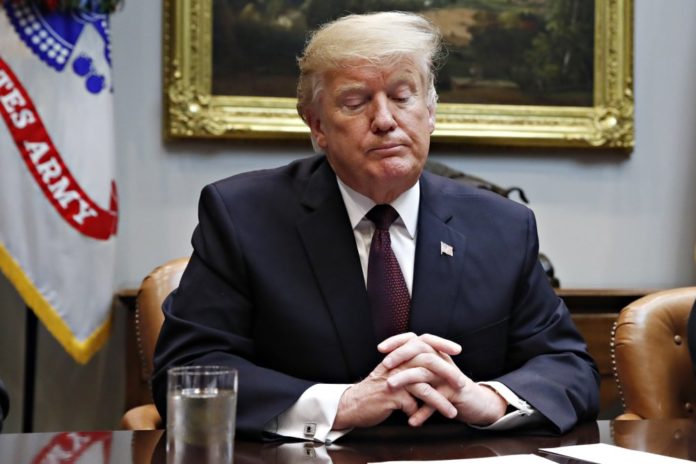 President Trump was apparently so perturbed by his chief of staff coughing during an interview with ABC’s George Stephanopoulos in the Oval Office last week, that he asked his staffer to leave the room, according to a transcript from the station.

Trump had been asked a question about his tax returns when someone off camera – identified as Mulvaney – reportedly begins coughing.

“I hope they get it, because it’s a fantastic financial statement,” Trump said Stephanopoulos amid apparent coughing before saying: “And let’s do that over, he’s coughing in the middle of my answer.”

Main reason I don’t work in Trump’s White House is because of my asthma. I cough all the time and Trump won’t abide coughing. pic.twitter.com/eLIakS9VqN