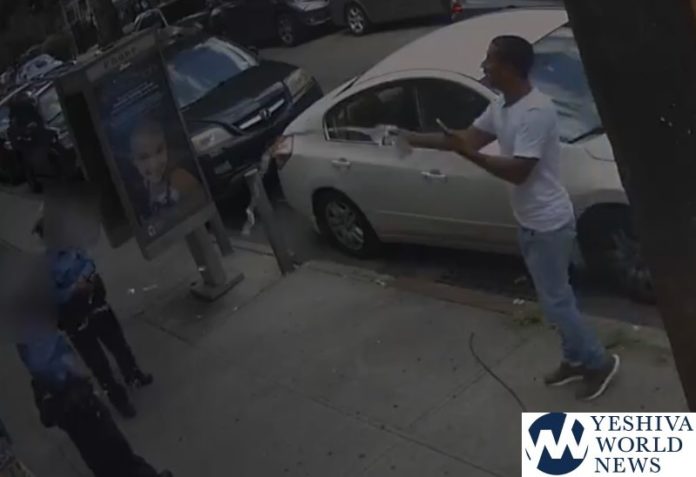 Just a week after it became a national story, there has been another water-dousing incident against the NYPD, this time against “traffic officers”.

The NYPD released video last night of the disturbing incident which occurred in the Woodhaven section of Queens last Wednesday.

The video shows a man brazenly walk over to two traffic cops, holding a water bottle in his right hand, and a cell phone in his left hand. He begins spraying water at the two, while he appears to be recording the incident with his cell phone.

Police were looking for the man.

Meanwhile, the popular @NYScanner Twitter account published the video, attached with audio from an NYPD dispatchers, which they say is being transmitted over their radios constantly, instructing officers how to react.

IT HAPPENED AGAIN: Man douses NYPD Traffic cops with water in queens. Listen to audio in the background via @NYScanner from an NYPD dispatcher. This message is constantly being transmitted over NYPD radio instructing officers how to react. pic.twitter.com/ts5w81TOkv