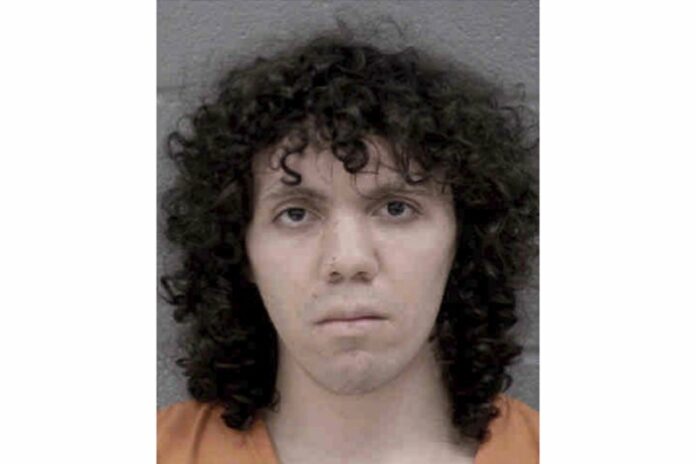 The man charged with killing two North Carolina university students and wounding four others in April pleaded guilty Thursday to two counts of first-degree murder and other charges, then apologized for his crimes.

Trystan Andrew Terrell also pleaded guilty Thursday to four counts of attempted murder and discharge of a firearm on educational property – charges filed in connection with the April 30 shooting of students gathered in a lecture hall at the University of North Carolina at Charlotte.

State prosecutors accepted Terrell’s plea during a hearing that was previously scheduled to decide whether the gunman could face the death penalty for the killings.

During the hearing, victims and their families were given the opportunity to speak.

Julie Parlier burst into tears as she read a statement to the court. Her 19-year-old son, Reid, was one of those who died.

“We will never forgive him (Terrell) for his actions,” Parlier said. “If the defendant wanted to kill someone, he should have turned the gun on himself.” She added: “May you rot in hell and suffer torture.”

Terrell was given an opportunity to respond, and he apologized.

“I am so sorry to everyone,” said Terrell, bending over to speak into a microphone. “If I could go back in time to that classroom, I would back out of it. I made a mistake.”

The families left the courtroom, huddled with prosecutors in an adjacent courtroom, and then exited the courthouse in downtown Charlotte without commenting.

Following his arrest, Terrell told investigators he gave up on the attack after being tackled by one of the students who died.

Investigators said in released documents that Terrell spent months planning the shooting at the school he formerly attended. He told investigators he gave up on the attack on the spring semester class’s last day after being tackled by one of the students who died, Riley Howell. Howell knocked the assailant down, buying enough time for the first officer into the classroom to capture Terrell, Charlotte-Mecklenburg Police Chief Kerr Putney said.

Witnesses said the gunman took aim at a specific table in the classroom, but it wasn’t clear if he was targeting one or more of the students in particular. The faculty member who taught the class has said Terrell was enrolled in the course but quit attending in January.

“I just went into a classroom and shot the guys,” Terrell told reporters hours after the shooting as police officers led him handcuffed into a law enforcement building.

Howell, 21, of Waynesville, and Parlier, 19, of Midland, died after each was shot multiple times, their autopsies said. Those wounded were Sean Dehart and Drew Pescaro, both of Apex; Emily Houpt of Charlotte; and Rami Alramadhan of Saihat, Saudi Arabia.

Spencer Merriweather III, Mecklenburg County district attorney, told a news conference after the hearing that he thought the decision to accept the plea deal was the right call because it saves families the anguish of enduring a death penalty trial.

However, at least one of the victims objected to the plea agreement, which effectively allows Terrell to escape the death penalty.

Terrell “knew he wanted to get life in prison when planning this violent act and the DA’s office is rewarding him by giving him exactly what he wanted,” Pescaro wrote in a detailed statement to WCCB-TV. “It’s sickening and it makes me disappointed in the DA’s office, the City of Charlotte, and the State of North Carolina.”