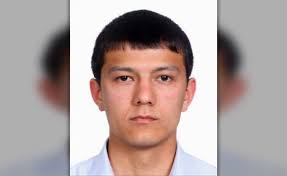 A Brooklyn man has been convicted of collecting cash to fund a co-conspirator’s travel to fight on behalf of the Islamic State.

A jury on Tuesday found Dilkhayot Kasimov, a citizen of Uzbekistan, guilty of conspiracy and attempting to provide material support to a designated foreign terrorist organization.

Richard Donoghue, U.S. Attorney for the Eastern District of New York, said “Kasimov was part of a conspiracy in which he sought to fund a foreign fighter’s travel and expenses in Syria to wage violent jihad.”

Five co-conspirators pleaded guilty in the 2015 scheme. Two were sentenced to 15 years in prison and three await sentencing.

The 31-year-old Kasimov faces up to 30 years in prison when he’s sentenced.