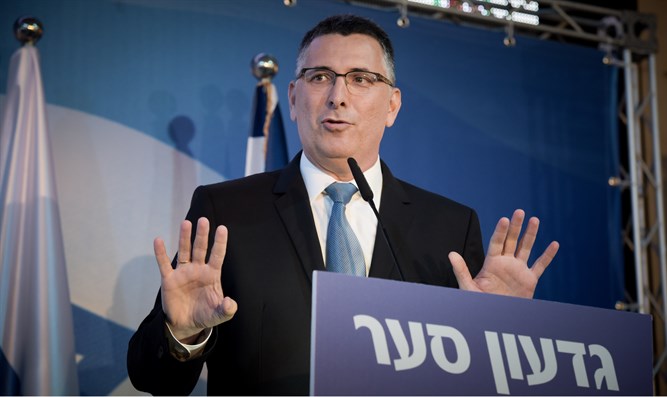 A new Israel TV News12 poll provides an indicator as to how well Gideon Saar will fare if he runs against Binyamin Netanyahu in a party leadership race. The poll was taken with 15 days remaining until the Knesset is dissolved and elections for the 23rd Knesset declared, which will occur if a coalition government is not formed by the expiration date.

Saar, a former senior Likud official who took a hiatus from political life, has returned, and views himself as the successor to the veteran party leader, Prime Minister Binyamin Netanyahu.

If elections for Knesset were held today, Blue & White would be the largest party with 34 seats, as compared to Likud’s 33 seats. The third largest party remains the Joint Arab List with 13.

Who is more suited to serve as PM; Benny Gantz or Binyamin Netanyahu?
40% Netanyahu
39% Gantz
14% Neither
7% Don’t know