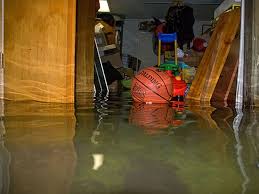 It is Erev Shabbos.  As you are preparing to go to shul you detect a horrible smell.  It is coming from your basement and you go to check it out.

And then you see it.  Gallons and gallons of raw sewage are coming up from your toilet and who knows where else.   It is a homeowner’s worst nightmare.

But the nightmare does not end.  You call the plumber. He comes and says – there is nothing that can be done.  It is a DEP (Department of Environmental Protection) problem because it is a backup from the main sewer line.

Can this really be true?  The answer is yes, and it just happened to one of my son’s Rebbeim. The DEP did not come until Motzaei Shabbos.  And it usually happens to the last home on the block before a bend.

In South Ozone Park last week, 74 homes were flooded.  Department of Environmental Protection Commissioner Vincent Sapienza had a special town hall session about it and explained that city pumps will continue to operate around the clock to keep it from happening again.

Backed up sewers can cause thousands of dollars in damage.  The damage is to floors, walls, basements, furniture and entire electrical systems. You name it, it can get damaged.  And then there can be the mold and the bacteria and all sorts of other nasty issues that come along with it.  In some cases, it can even seriously threaten the health of the homeowner.

We will discuss the guidelines shortly, but first, let’s try to gain a basic understanding of how our sewage system works.

Each block has a city sanitary sewer main which is located in the middle of the street, generally.  It is pitched about a quarter inch every foot so that gravity will carry the sewage water to the treatment center.

Each house has a sewer lateral that feeds into the sewer main in the street.  It is also pitched so that gravity will take it there.

People do not necessarily realize this, but each homeowner is financially responsible for maintaining the house’s sewer lateral.

The Ramah in Choshain Mishpat  388:2 states as follows:

“If he saw damage coming to him, it is permitted to save himself – even though through this – damage will come to another.”

What is the Ramah’s source?  It is a Nemukei Yoseph in Perek HaShutafin in the Talmud Yerushalmi.

There is a caveat, however.  Both according to the SMAH (388:10) and the Vilna Gaon (388:29) It is only permitted to do so – before the damage has happened – before the water has entered into your household.  One it has happened, however, preventing the loss is not permitted – because it is directly causing damage to one’s neighbor.

IS IT THE SAME?

The case under discussion, however, refers to sewage regarding an outside field.  Our case, however, could be very different.  As mentioned earlier, however, sewage backups can cause serious health hazards that lie beyond mere monetary damage.  Can a sewage backup valve be installed under such circumstances as well?  Does it make a difference if there is a member of the household who is immuno-compromised?

This distinction is made by the Tzitz Eliezer (Vol. XV #70) that there is a difference whether it is merely a monetary issue or if there is a life-threatening danger involved.  True, the Tzitz Eliezer did not deal with sewage back up issues – but the concept remains true.

It is also a halachic value to prevent your property from damaging your neighbor’s.  To determine how to do this, it is important to know the different causes for sewage backups.

The halachic repercussions of this may be that we should take precautions recommended by experts in the following areas:

It is important to note that a backup valve may not make a difference.  To understand which homes it would apply to, go to the following website:  https://www.backwater-valves.com/Backwater-Valve-Diagram.asp