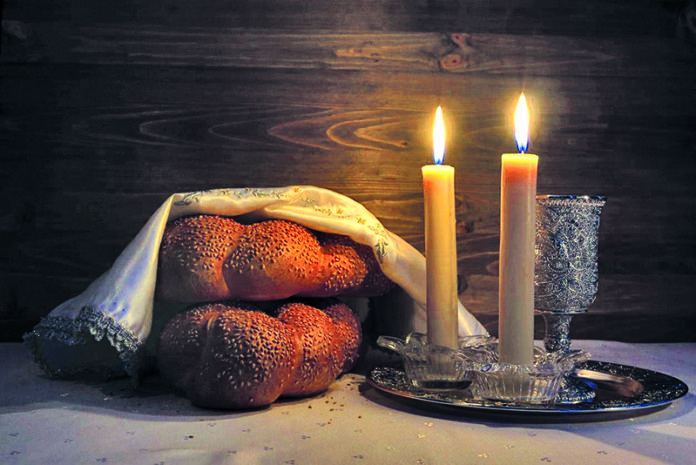 Last month, Yad L’Achim held a counter missionary conference in Ashdod with the participation of about 500 avreichim from various kehillos in the city, Kikar H’Shabbos reported. Following the conference, over a hundred participants registered to volunteer for Yad L’Achim’s efforts to fight against the missionaries in Ashdod.

Yad L’Achim utilized the new volunteers to arrange a Kabbalas Shabbos at the entrance of the largest missionary church in the city, which is located in the city’s industrial zone.

The church, which calls itself “Beit Hillel” holds activities with the goal of gaining the trust of Jews in Ashdod and nearby areas and influencing them to convert to Christianity.

Yad L’Achim has been maintaining a presence outside the church on weekdays but the missionaries, aware that the Yad L’Achim members wouldn’t show up on Shabbos since the church is on the outskirts of the city, began to hold a “Kabbalas Shabbos” every week, inviting Jews who don’t know any better to “welcome the Shabbos” at the church. [About 32% of Ashdod’s population are new immigrants, largely from the former Soviet Union, most of whom are unfortunately completely ignorant about their Jewish heritage, leaving them vulnerable to the lies and misinformation of the missionaries.]

This past Friday evening, the missionaries were shocked to see about 20 avreichim in kapotas and streimels outside the church singing Kabbalas Shabbos songs with great enthusiasm and joy. The volunteers had arranged to be dropped off by van shortly before the onset of Shabbos.

The avreichim approached the Jews who arrived at the church and invited them to participate in an authentic Kabbalas Shabbos, something the vast majority of them had never seen. Many of them accepted the invitation and watched the tefillah with fascination. Some of them also conversed with the Yad L’Achim volunteers, asking questions about the tefillah, their Chassidish Shabbos garb and even accepted pamphlets about Yiddishkeit that they were offered.

Meanwhile, the irate missionaries called the police. The police arrived at the church but when they saw what was going on, they rebuked the missionaries for calling them for nothing, warning them not to call them in the future. “The religious Jews who came here acted respectfully and according to the law,” the police said.

“The missionaries were extremely angry,” the Yad L’Achim volunteers said with satisfaction. “They didn’t expect us. They were surprised by what we did in order to save innocent Jews from spiritual destruction.”

Yad L’Achim said that they intend to continue holding the Kabbalas Shabbos services on erev Shabbos outside the church and will try to increase the number of avreichim who participate. The organization is encouraging Ashdod residents to call them to find out information about joining their counter missionary efforts.