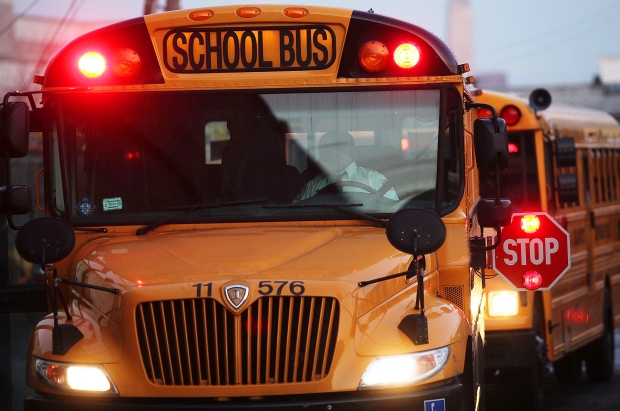 All of New Jersey’s schools – public and private – will close their doors to students Wednesday as the coronavirus continues to spread in the state, Gov. Phil Murphy announced on Monday.

“All schools in New Jersey, public, private, parochial, from pre-K through grade 12, and colleges and universities, will close effective Wednesday March 18th,” Murphy announced in a tweet.

He said they will stay closed “until such time as deemed by health officials to be safe for classes to resume.”

Meanwhile, Gov. Murphy said Monday that New Jerseyans should not leave their homes between 8 p.m. to 5 a.m. to help stop the spread of the coronavirus.

The only exceptions, according to the governor’s recommendation, would be emergency or essential travel.

While not an order under Murphy’s declaration of a state of emergency, the governor said he is “strongly discouraging non-essential travel.” The measure was announced during a joint conference call with New York Gov. Andrew Cuomo and Connecticut Gov. Ned Lamont.

The governors also jointly announced all movie theaters, gyms, and casinos in the three states will be ordered closed at 8 p.m. Monday and will remain closed until further notice. Also, bars and restaurants will only serve take-out food for the foreseeable future.

“We want everybody home — not out,” Murphy said.

All Yeshivas are being told to prepare for an imminent shutdown, YWN has learned.

NJ Governor Murphy is expected to announce the closure of all public and private schools in the entire state of New Jersey on Monday, which will force all Lakewood Yeshivas to close.

Sources tell YWN that multiple doctors were in touch with Lakewood Rabbonim all day Sunday, pleading with them to close before the pandemic spreads like wildfire across the town, endangering the lives of many elderly and medically vulnerable residents.

Eventually, word came from the Governor’s office that they would be forced to close following the announcement, which will come on Monday.

Below is a letter that the Agudah of NJ sent to all Mosdos advising them to prepare for the shutdown. 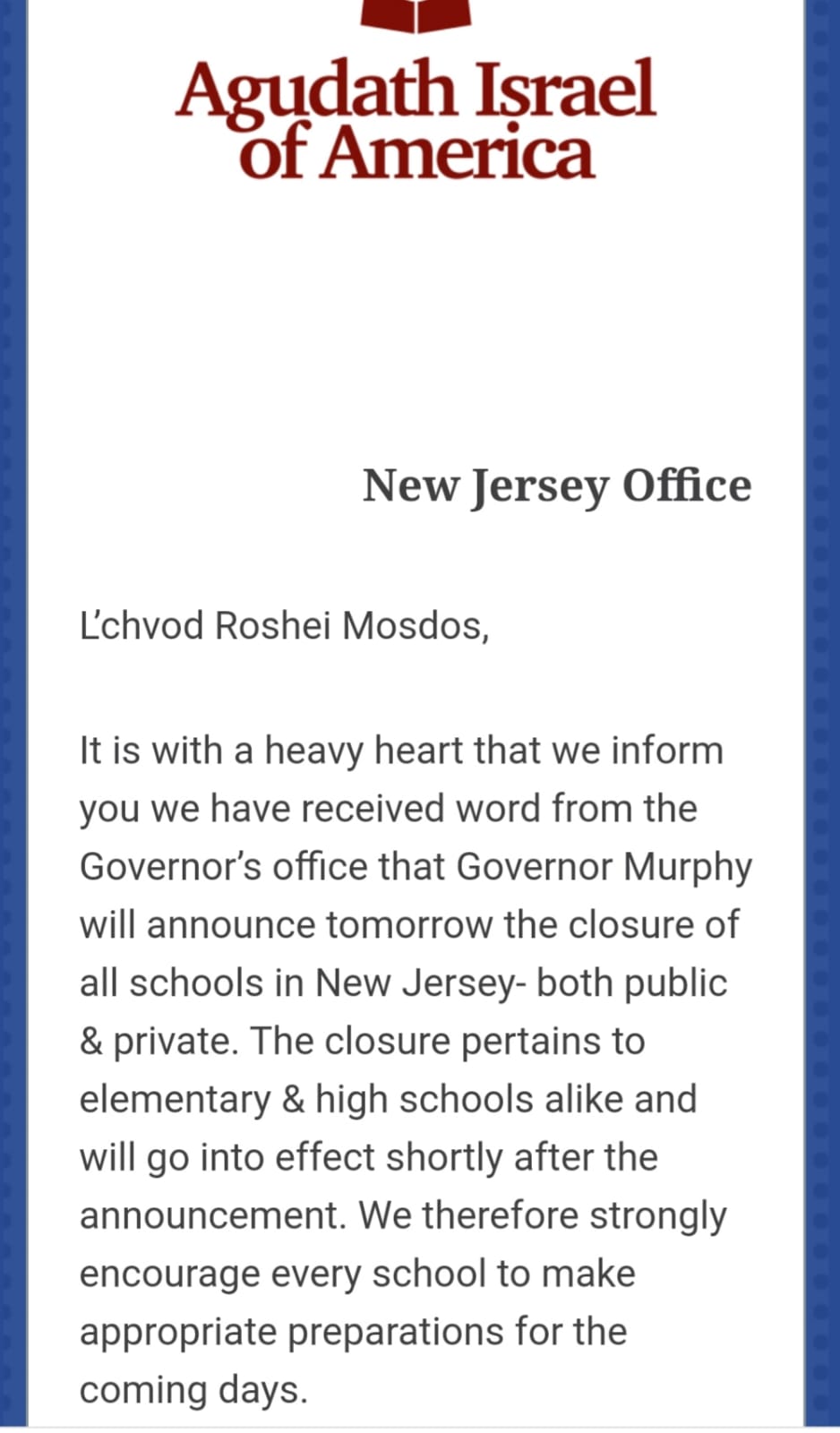