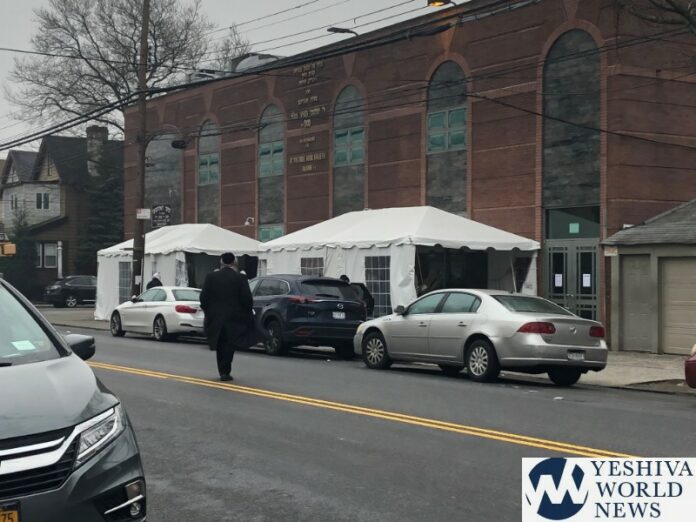 SEE UPDATES AT END OF ARTICLE

There has been at least two disturbing incidentals at the famous “Landau’s Shul” in Flatbush over the past two days.

Both incidents involved people furious over the fact that the Shul – located at Avenue L and East 9th Street – was opened, despite calls from Federal, State and Local officials to close all Shuls.

The first incident occurred on Wednesday night, when a man nearly drove over a crowd of people outside the Shul.

Sources confirm to YWN that a man driving a minivan nearly jumped the curb and began shouting that he was going to kill anyone that was defying the ban. A person standing there tried talking to the driver, who instead backed up his car, struck the man talking to him, and sped off.

The NYPD and Flatbush Shomrim responded, but the man had fled. Thanks to access to security camera footage, the NYPD have the mans identity, his address and information. He is expected to be arrested and charged with multiple offenses – including a hate crime.

The victim struck was taken by Flatbush Hatzolah to Maimonides Hospital where he was treated for neck, back, leg and arm injuries. Thankfully he was not more seriously injured.

Meanwhile, later that night, the Shul reached out to YWN to inform us that the Shul was being closed, and sent us a flier to post (which was published immediately on the YWN Live Blog).

On Friday morning, Dr Ditchik published photos on his Facebook page of people Davening in tents that had been put up outside the Shul. Outraged residents from the Jewish community arrived at the Shul and began screaming at those Davening in the Minyanim, and it nearly turned physical.

The Shul claims they tried taking down the tens yesterday, but were unable to.

Dr Ditchik also wrote that people should call Shomrim to complain. YWN reached out to Flatbush Shomrim who made the following statement:

“Flatbush Shomrim does not approve of this practice of having Minyanim and not obeying the Psak of all Rabbonim as well as following the law put in place to save lives. That being said, Shomirm has absolutely no legal authority to get involved in issues involving private property. While Dr. Ditchik has wonderful intentions to protect lives, we want to inform people to call the proper authorities to deal with this issue and not Shomrim.”

AT this point, every single Posek in America, based on the unanimous agreement of every single doctor in the United States has stated the dangers of the coronavirus, and Paskened that no on should Daven in a Shul or Minyan.

There are many people already in serious condition, and despite people claiming that the virus is only dangerous to the elderly, this is clearly not the case. The CDC now says that 40% of those sick enough to be hospitalized are between the ages of 20-54.

Eventually, both tents were removed on Friday afternoon. 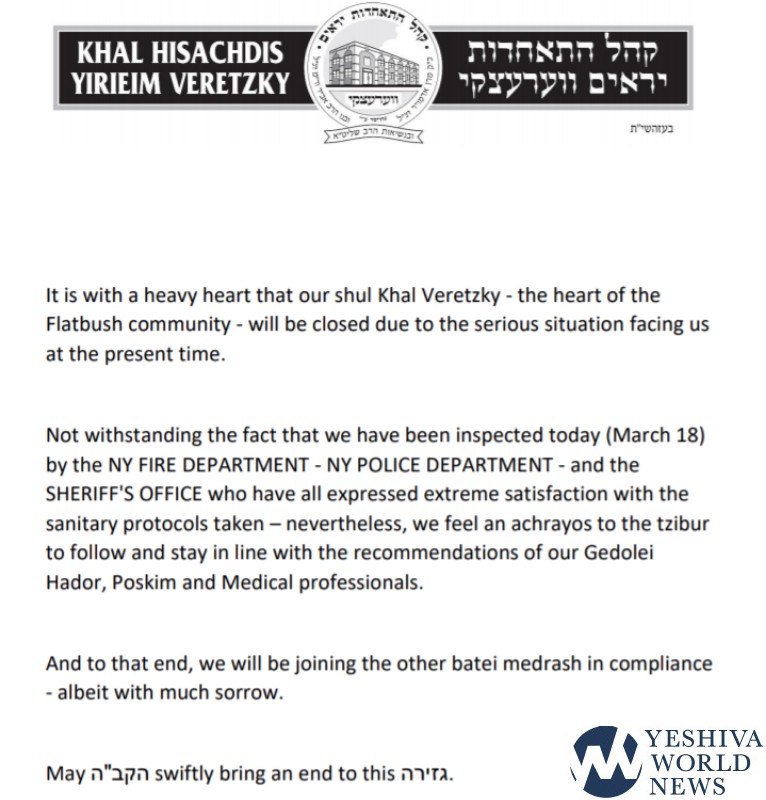