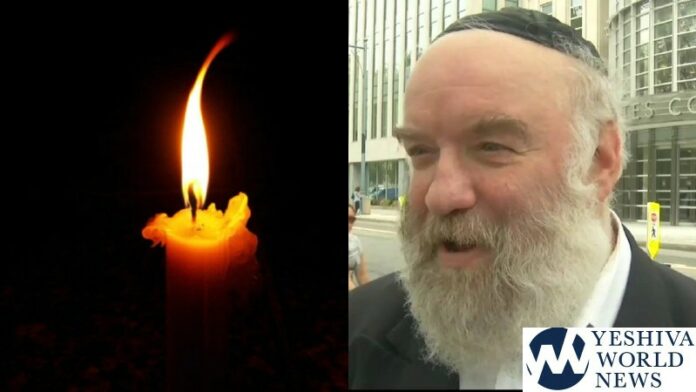 Norman Rosenbaum, a Melbourne based lawyer who became well-known in the US for his battle for justice following his brother Yankel’s murder in the Crown Heights riots, passed away on Shabbos at the age of 63, Collive reported.

Yankee Rosenbaum, a 29-year-old yeshivah student, was stabbed to death by 30 African-American men in 1991 in the Crown Heights riots, triggered by a car accident that killed one African-American child, Gavin Cato, and severely injured another.

Lemrick Nelson Jr., 16, was charged with Rosenbaum’s murder but was acquitted at a trial the following year.

Norman Rosenbaum began traveling to New York on a regular basis, staying months at a time, in a campaign for justice for his brother’s murder. In 1993, Nelson was charged with violating Rosenbaum’s civil rights and was sentenced to ten years in prison.

Additionally, a state report criticized Mayor David Dinkins and the NYPD for their lack of action during the riots, which after three days has resulted in Rosenbaums’ murder, the injuries of 152 police officers and 38 civilians, 27 destroyed vehicles, seven looted or burned stores, 225 cases of robbery and burglary, and an estimated million dollars worth of property damage.

Furthermore, two weeks after the riots ended, Anthony Graziosi, an Italian sales representative with a white beard and clad in a dark suit, was surrounded and murdered by four black men while stopped at a traffic light in the neighborhood, in what was widely believed by his family, attorney, and leading politicians to be a hate crime due to his resemblance to a Chassidic Jew. However, Dinkins, the NYPD, and the US Justice Department did not agree and the murder was not treated as a hate crime.

“Obviously, I miss my brother,” Rosenbaum told Hamodia at the 2016 memorial for his brother, which took place at the murder site on the 25th anniversary of the riots. “There is not a day that goes by when I, my mother, and our whole family don’t think about him. I’m a Zeidy now, and as time goes on and there are more simchos in the family, he is missed even more. It is not just the feeling that we are celebrating and he is not here, but a feeling of the loss of how much he would have added to the simchah.”

“I will forever remember Norman as a man of strength and courage,” said Devorah Halberstam, herself a tireless advocate for justice after her son Ari Halberstam was murdered by a Lebanese-born terrorist in 1994. “It is not surprising that we will soon be remembering the anniversary of the riots and Yankel’s murder. He and his brother were one.”

Rosenbaum is survived by his children, Ari, Yoel, Yoni and Michal and grandchildren. His wife Ettie passed away in 2014.