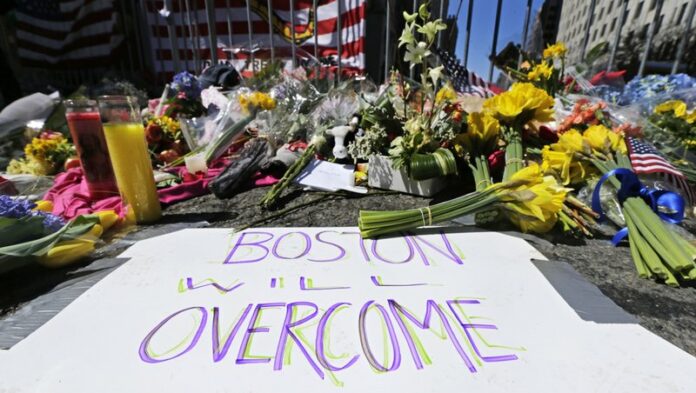 After Boston Marathon bomber Dzhokhar Tsarnaev was convicted in 2015, the family of the youngest victim urged prosecutors to abandon their bid for the death penalty, warning that years of appeals would only keep him in the spotlight and prolong their unthinkable suffering.

Five years later, the prospect of a new trial to decide whether Tsarnaev should be executed after an appeals court tossed the 27-year-old’s death sentence has brought anger and anguish to a community in many ways still healing from the April 15, 2013, attack.

“What about the innocent lives that were taken that day? Where is their justice? How is this in any way fair for those families to be forced to endure the agony a second trial will bring?” Rebekah Gregory, whose left leg was amputated after it was severely injured in the blast, wrote on social media.

Federal prosecutors will likely appeal Friday’s ruling to the U.S. Supreme Court. But if the decision stands, prosecutors will face the difficult decision of asking victims to recount their trauma at another trial — where jurors could decide this time to reject the death penalty — or angering some by dropping their pursuit for capital punishment and agreeing to life in prison.

A three-judge panel of the 1st U.S. Circuit Court of Appeals found that the judge who oversaw Tsarnaev’s case did not adequately screen jurors for bias and ordered a new penalty-phase trial to decide whether he should be put to death. The court upheld most of his convictions.

An attorney for Tsarnaev said Friday that “it is now up to the government to determine whether to put the victims and Boston through a second trial, or to allow closure to this terrible tragedy by permitting a sentence of life without the possibility of release.”

The defense acknowledged at the outset of his trial that he and his older brother, Tamerlan, set off the two shrapnel-packed bombs near the finish line that killed three people and injured more than 260 others. Tamerlan Tsarnaev died in a gunbattle with police a few days after the bombing.

The U.S. attorney’s office in Boston has not said how it will respond to the appeals court’s ruling.

But President Donald Trump tweeted on Sunday that the federal government “must again seek the Death Penalty in a do-over of that chapter of the original trial.”

Yet, victims and their family members have long been divided over the death penalty for Tsarnaev.

The parents of 8-year-old Martin Richard wrote an essay in The Boston Globe two years after their son was killed, pleading for prosecutors to take the death penalty off the table. The Richards said they didn’t want their two other children “to grow up with the lingering, painful reminder of what the defendant took from them.”

“As long as the defendant is in the spotlight, we have no choice but to live a story told on his terms, not ours. The minute the defendant fades from our newspapers and TV screens is the minute we begin the process of rebuilding our lives and our family,” Denise and Bill Richard wrote.

The couple didn’t immediately respond to an email sent to their foundation on Monday, but told other media outlets after the court’s ruling that they had no other comment.

Others infuriated by the appeals court’s decision say they are prepared to face Tsarnaev in court again, if need be.

“He is a threat to all of us and he needs to die,” Adrianne Haslet, who lost a leg in the bombing, wrote on Instagram. She added: “I’m ready to testify again.”

If prosecutors move to try Tsarnaev again, the defense may again seek to transfer the case out of Boston, where they have long argued it’s impossible for him to get an impartial jury because of the intense publicity and impact of the bombing there.

Liz Norden, whose two sons who each lost a leg, also hopes prosecutors continue to go after the death penalty. The mother who watched nearly every moment of the first trial said it will be difficult to hear the horrors again. But she believes dropping the pursuit of the capital punishment in this case would send the wrong message.

“I feel horrible for the people that don’t want to deal with it and sit through it, and frankly, honestly nor do I,” Norden said in an interview. “I just think if we don’t follow through with the death penalty in this type of crime, what would fit it?”

Ed Davis, who led the Boston Police Department at the time of the bombing, said the process will be painful for the entire community. But “this is our system,” he said.

“It’s difficult for everybody involved,” Davis said. But, “Boston is a resilient place. The ‘Boston Strong’ mantra is well said. We’ll get through it, and move on,” he said.

October 20, 2020 4:02 pm
29
Inspectors from multiple city agencies are once again running around Boro Park, doling out hefty fines to Mosdos, Yeshivas and businesses. The Inspectors were armed...

Save The Widow And Her Young Orphans! Gila is a...

Trump Envoy Traveled To Syria For Talks On Missing Americans