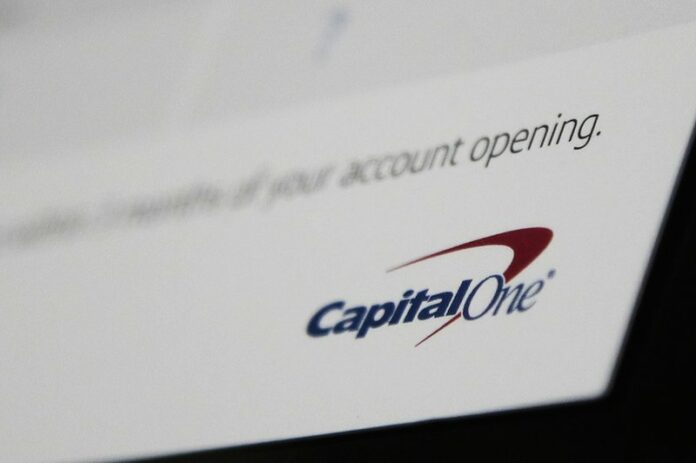 The U.S. Treasury Department has fined Capital One $80 million for careless network security practices that enabled a hack that accessed the personal information of 106 million of the bank’s credit card holders.

The Comptroller of the Currency said in a consent order Thursday that Capital One failed in 2105 to establish effective risk management when it migrated information technology operations to a cloud-based service.

It said the bank’s own internal audit failed to identify “numerous weaknesses” in its management the cloud environment and “engaged in unsafe or unsound practices that were part of a pattern of misconduct.”

The consent order said Capital One has committed to fixing the problem. Email to Capital One requesting comment wasn’t immediately returned.

Among the largest of its kind on record, the 2019 breach compromised about 140,000 Social Security numbers and 80,000 bank account numbers. The accused hacker, former Amazon software engineer Paige Thompson, has pleaded innocent to charges related to the breach.

Thompson, a transgender woman, is set to stand trial in February. Her lawyers have sought to have her released to a halfway house where she would have better access to mental health care, but the judge in the case denied the request saying she was a flight risk and danger to others.

No evidence has emerged that Thompson sought to benefit financially from the hack.