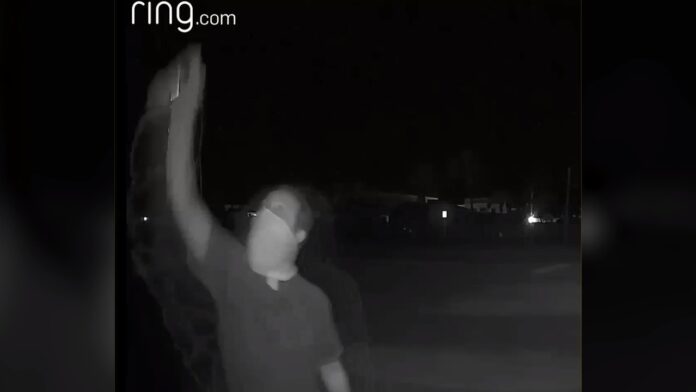 The Sheriff’s Office is asking for the public’s help in solving multiple cases in which swastikas were spray painted on public roads and private property this month from Stock Island to Key Largo.

“I will not tolerate this symbol of hate and intolerance to be perpetuated by vandals in this community,” said Sheriff Rick Ramsay. “I am on the record with residents who know how I feel about graffiti in general, but to use such a symbol of malevolence makes these cases even more troubling.”

The suspect is described as a white male, in his mid to late 20s who appears to have short brown hair with a receding hairline. He has a slightly heavier build, with a somewhat protruding stomach. He was wearing Under Armor shoes.